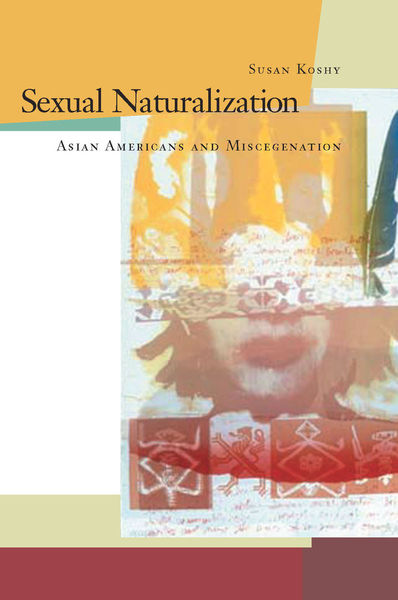 Sexual Naturalization offers compelling new insights into the racialized constitution of American nationality. In the first major interdisciplinary study of Asian-white miscegenation from the late nineteenth to the end of the twentieth century, Koshy traces the shifting gender and racial hierarchies produced by antimiscegenation laws, and their role in shaping cultural norms. Not only did these laws foster the reproduction of the United States as a white nation, they were paralleled by extraterritorial privileges that facilitated the sexual access of white American men to Asian women overseas. Miscegenation laws thus turned sex acts into race acts and engendered new meanings for both.

Koshy argues that the cultural work performed by narratives of white-Asian miscegenation dramatically transformed the landscape of desire in the United States, inventing new objects and relations of desire that established a powerful hold over U.S. culture, a capture of imaginative space that was out of all proportion to the actual numbers of Asian residents.

"This volume makes an important contribution to American studies and race theory, revealing Asian American identity as a key site for understanding the complex significations that determine racial genealogies and sexual boundaries."

"Susan Koshy's Sexual Naturalization is a remarkable contribution to miscegenation discourse, illuminating the repressed role of Asian Americans and miscegenation in the construction of race, gender, and nation....This is a rich, groundbreaking study." 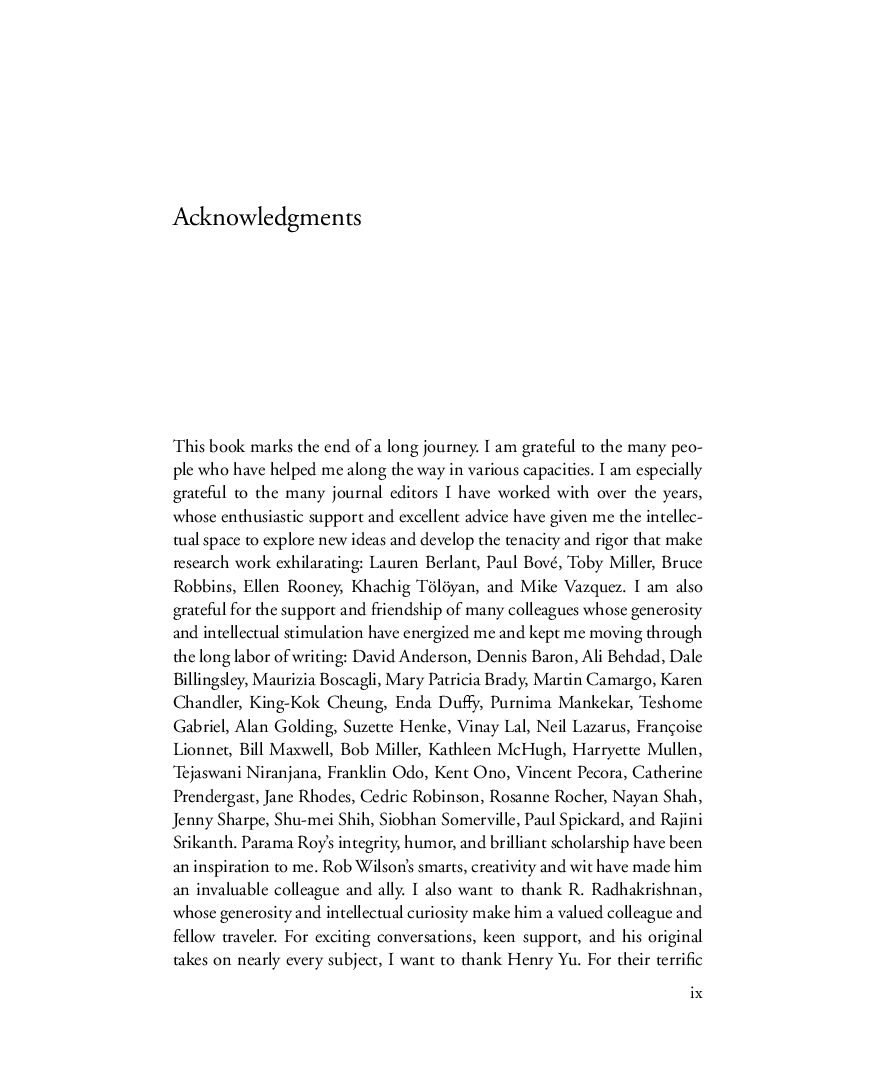 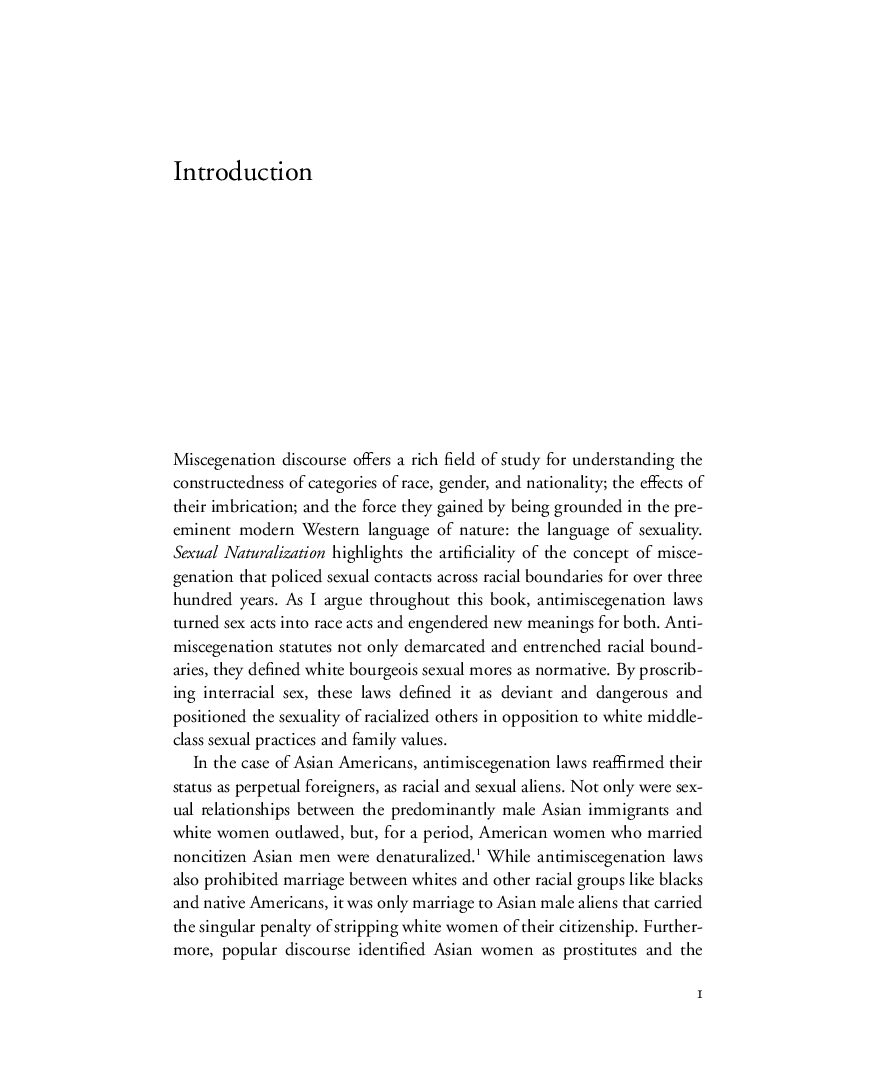