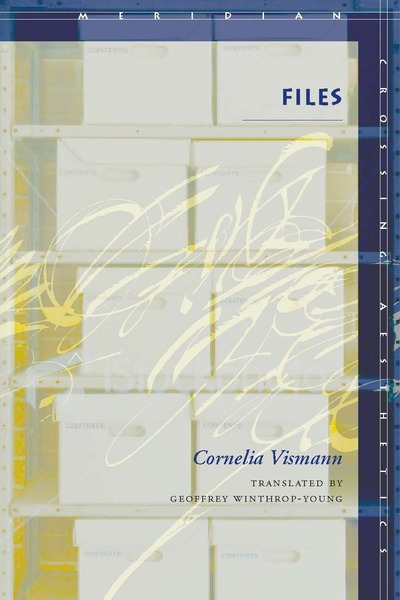 Quod non est in actis, non est in mundo. (What is not on file is not in the world.) Once files are reduced to the status of stylized icons on computer screens, the reign of paper files appears to be over. With the epoch of files coming to an end, we are free to examine its fundamental influence on Western institutions. From a media-theoretical point of view, subject, state, and law reveal themselves to be effects of specific record-keeping and filing practices. Files are not simply administrative tools; they mediate and process legal systems. The genealogy of the law described in Vismann's Files ranges from the work of the Roman magistrates to the concern over one's own file, as expressed in the context of the files kept by the East German State Security. The book concludes with a look at the computer architecture in which all the stacks, files, and registers that had already created order in medieval and early modern administrations make their reappearance.

Cornelia Vismann is currently a researcher at the Max-Planck-Institute for European Legal History in Frankfurt am Main, Germany. She worked for many years previously as a lawyer in Berlin and the former East Berlin.

"Cornelia Vismann's extraordinary Files . . . presents a methodology for addressing the relationship between media technologies and politics that is often absent, or at least shadowy, in materialist media theory of the Kittlerian style."

—Seb Franklin, The Year's Work in Critical and Cultural Theory

"Vismann's erudite and attentive analysis shows clear awareness of the danger of both a perfect order (where everything is registered, recorded) and that of a deconstruction possible turning into an order of its own kind with potentially its own para-juridical legend."

"Vismann's Files is a highly original and theoretical project that combines the thinking of Derrida (on law and its enforcement) and Foucault (on juridical discourse and 'gouvernmentalité') with specific motifs of German media theory as developed by Friedrich Kittler. The book is a state-of-the-art contribution to the analysis of culture that allows us to envision a truly new interrelation between historical research and a comprehensive philosophy of culture that is yet to come." 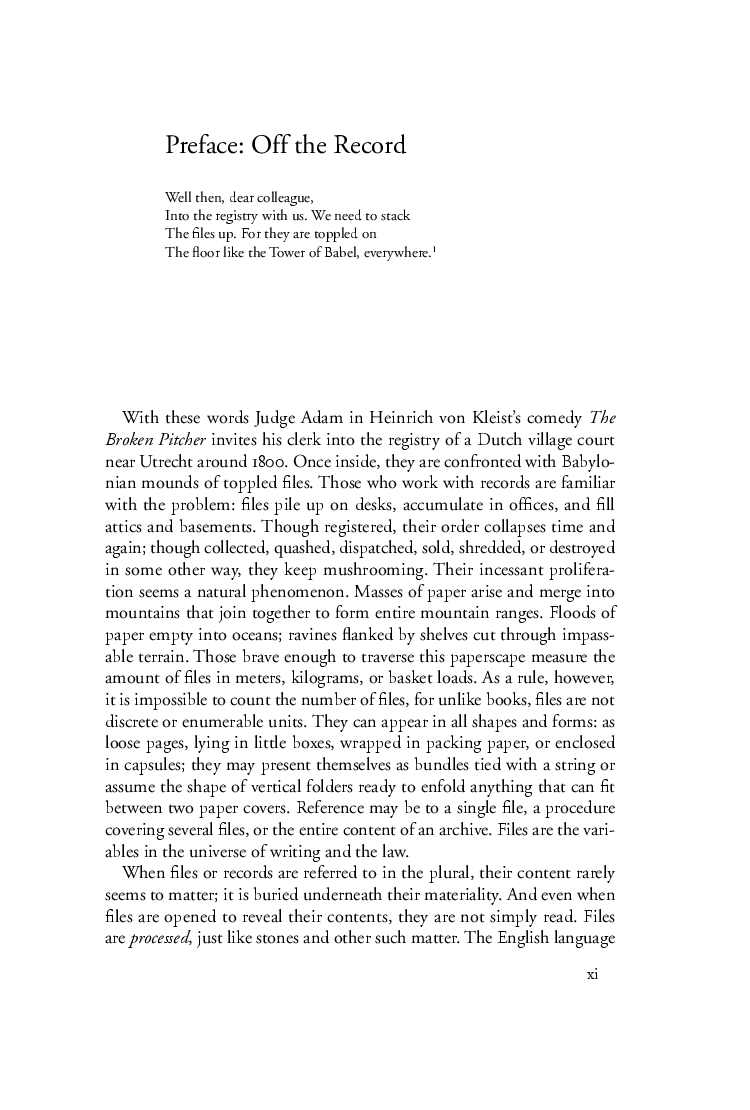 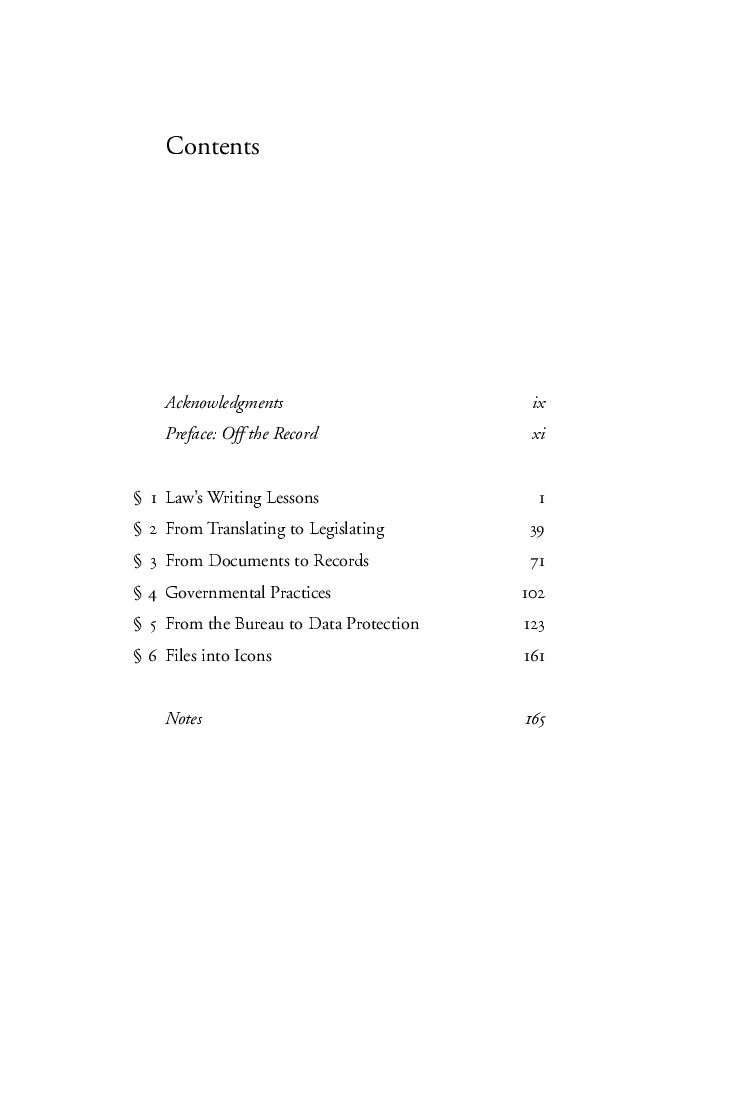