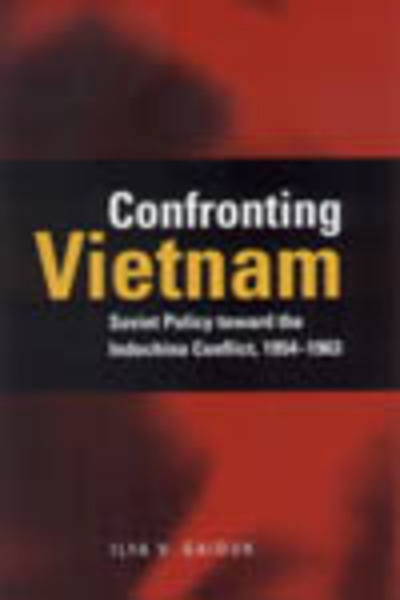 Based on extensive research in the Russian archives, this book examines the Soviet approach to the Vietnam conflict between the 1954 Geneva conference on Indochina and late 1963, when the overthrow of the South Vietnamese president Ngo Dinh Diem and the assassination of John F. Kennedy radically transformed the conflict.

The author finds that the USSR attributed no geostrategic importance to Indochina and did not want the crisis there to disrupt détente. The Russians had high hopes that the Geneva accords would bring years of peace in the region. Gradually disillusioned, they tried to strengthen North Vietnam, but would not support unification of North and South. By the early 1960s, however, they felt obliged to counter the American embrace of an aggressively anti-Communist regime in South Vietnam and the hostility of its former ally, the People's Republic of China. Finally, Moscow decided to disengage from Vietnam, disappointed that its efforts to avert an international crisis there had failed.

"...the book is excellent, well researched and written, providing a perceptive analysis of this complicated crisis."

" . . . Gaiduk's clearly written and well-researched study is a rich and substantial contribution to the literature of the Vietnam War."