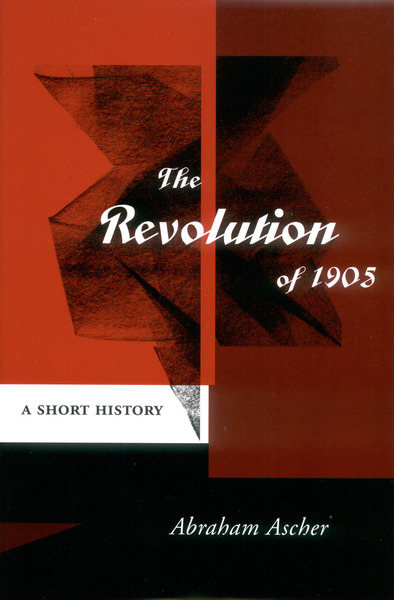 The Revolution of 1905
A Short History
Abraham Ascher

This is a concise history of the Revolution of 1905, a critical juncture in the history of Russia when several possible paths were opened up for the country. By the end of that year, virtually every social group had become active in the opposition to the autocracy, which was on the verge of collapse. Only the promise of reform, in particular the formation of a parliament (Duma) that would participate in governing the country, enabled to old order to survive. For some eighteen months the opposition and the Tsarist regime continued to struggle for supremacy, and only in June 1907 did the government reassert its authority. It drastically changed the relatively liberal electoral law, depriving many citizens of the vote. Although the revolution was now over, some institutional changes remained intact. Most notably, Russia retained an elected legislature and political parties speaking for various social and economic interests. As a result, the autocratic system of rule was undermined, and the fate of the political and social order remained uncertain.

"The study is full of perceptive assessments on the main events, trends and themes of the revolution and is the best introduction to 1905 available."