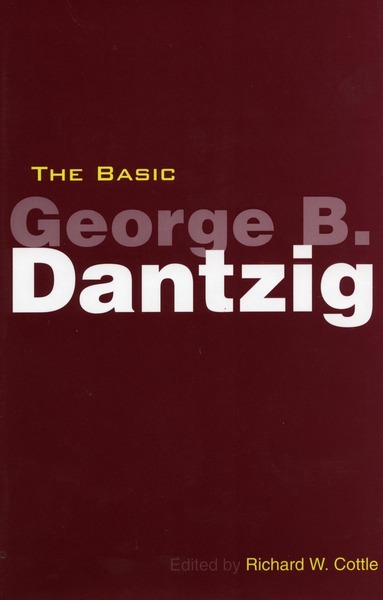 The Basic George B. Dantzig
Edited by Richard W. Cottle

The late George B. Dantzig , widely known as the father of linear programming, was a major influence in mathematics, operations research, and economics. As Professor Emeritus at Stanford University, he continued his decades of research on linear programming and related subjects. Dantzig was awarded eight honorary doctorates, the National Medal of Science, and the John von Neumann Theory Prize from the Institute for Operations Research and the Management Sciences.

The 24 chapters of this volume highlight the amazing breadth and enduring influence of Dantzig's research. Short, non-technical summaries at the opening of each major section introduce a specific research area and discuss the current significance of Dantzig's work in that field. Among the topics covered are mathematical statistics, the Simplex Method of linear programming, economic modeling, network optimization, and nonlinear programming. The book also includes a complete bibliography of Dantzig's writings.

Richard W. Cottle is Professor of Management Science and Engineering at Stanford University.