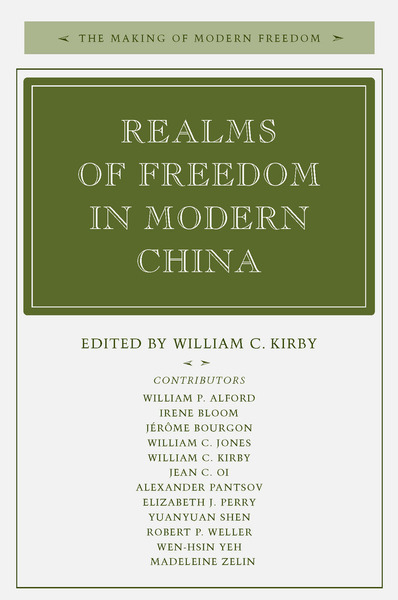 The fifteenth and final volume of the series The Making of Modern Freedom, this book explores a variety of issues surrounding questions of human rights and freedom in China. The chapters suggest very significant realms of freedom, with or without the protection of law, in the personal, social, and economic lives of people in China before the twentieth century. This was recognized, and partly codified, in the early twentieth century, when legal experts sought to establish a republic of laws and limits. The process of legal reform, however, would be placed firmly in the service of strengthening the post-imperial Chinese nation-state, culminating after 1949 in despotism unparalleled in Chinese history. Nevertheless, the last decades of the twentieth century and the first years of our own would witness a slow, steady, but unmistakable reassertion of realms of personal and communal autonomy that show, even in an era of strong states, at least the prospect of institutionalized freedoms.

William C. Kirby is the Edith and Benjamin Geisinger Professor of History and the Dean of the Faculty of Arts and Sciences at Harvard University.