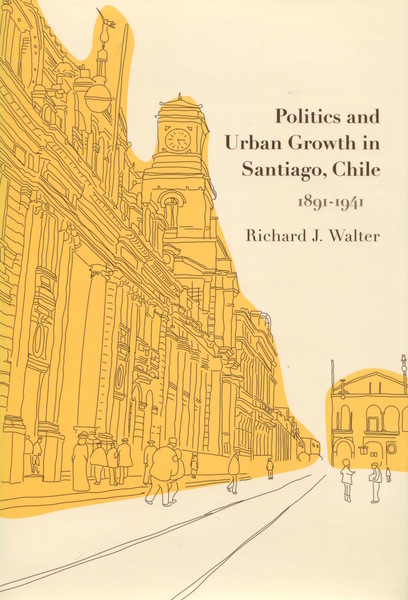 From 1891 to 1941, Santiago—Chile’s capital and its largest and most important city—experienced rapid urbanization, industrialization, and administrative expansion along with a massive internal migration that had significant social and economic consequences for the city. This book is the first study to focus on this important period in Santiago’s history. Drawing on a wide range of original research, the book describes the growth of the city, both demographically and physically, and highlights the role of the local administration in this process.

Histories of urban politics are relatively rare for both Chile in particular and Latin America in general, and this study seeks to fill these gaps. Some of the topics covered include the impact of Chile’s complex multi-party system on local administration, the role of corruption in the management of city affairs, the relationship between the municipality and powerful foreign interests, the emergence of economic nationalism, and the pioneering part played by women both as voters and as elected officials in the capital’s governance.

Richard J. Walter is Professor of History at Washington University in St. Louis.

"...[Walter] has opened a new window onto Chilean political history, not least because of the unique parallels he has drawn with events in other Latin American cities. The book is also impressive for the sheer quantity of primary sources he has compressed into direct, readable prose. Scholars of international business will find it an incomparable resource for studying the origins of Chilean hostility to foreign-owned businesses."

"Historians, urban geographers, political scientists, and many others will find great value in Walter's very detailed, informative, and well-written study."

"This book is a valuable contribution to the field of urban politics in Latin America....Walter is one of the best in telling the story of city administrations, and his tireless investigation brings out rich details."