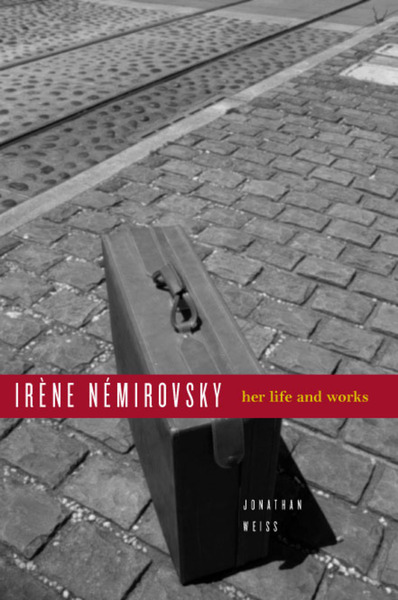 On July 13, 1942, French gendarmes arrested Irène Némirovsky in southern Burgundy. She was deported to Auschwitz where she died on August 19. Who was this woman, author of more than a dozen popular novels and more than thirty short stories, whose posthumous novel, Suite Française, won France's prestigious Renaudot prize in 2004? Born in Russia to wealthy parents, Irène Némirovsky immigrated to Paris in 1919. Although she was Jewish, she consorted with authors and politicians on the extreme right, some of whom were openly anti-Semitic. She was sure that these friends would protect her from deportation after the Nazis invaded France. Instead, they abandoned her. Yet she never lost faith in France, even after she was refused French nationality. In this fascinating biography, Jonathan Weiss analyzes the discrepancy between Némirovsky's real and imagined identities, and explores a literary work that revisits in a unique way Jewish identity, exile, betrayal, and the solidarity of a persecuted people.

Jonathan Weiss is Professor of French Language and Literature at Colby College. In 1996, he met Irène Némirovsky's two daughters. With their help, he was able to consult all the documents that their mother had passed on to them. This biography is the result of that research and of close textual analysis of Némirovsky's literary work.

"In Némirovsky's search to reconcile national, religious, and cultural identities, Weiss recognizes the struggle of many immigrants in France today. For this reason, more general readers may enjoy this biography as much for the fresh perspectives it bring to questions of national and cultural identity currently under debate in the Francophone world as for the insights it brings to Némirovsky's life and literature. Scholars will value the complete bibliography of her published and unpublished works, Weiss's attention to the present controversy regarding Némirovsky's anti-Semitism, and his sensitive and well informed readings of her work, including Suite française. This critical volume provides solid evidence that Némirovsky should be included among the most important writers of twentieth-century French fiction."

"Immensely clarifying . . . As Weiss's important and prodigiously researched biography makes clear, Némirovsky was the very definition of a self-hating Jew."

"[An] informative work, neatly structured to bring out the dramatic and tragic fate of a woman who, as [Weiss] puts it, 'died without ever having resolved the question of where she belonged.' It is a book well worth reading."

"This short critical biography by Weiss, an expert on contemporary French literature, is a fine introduction to her work."

"[A] brief, but intensely thought-provoking biography by Jonathan Weiss."

"Jonathan Weiss's imaginative exploration of the complexities and ambiguities of this enigmatic writer are a commendable attempt to return to Irène Némirovsky some of the dignity that such reductive portraits have denied her." 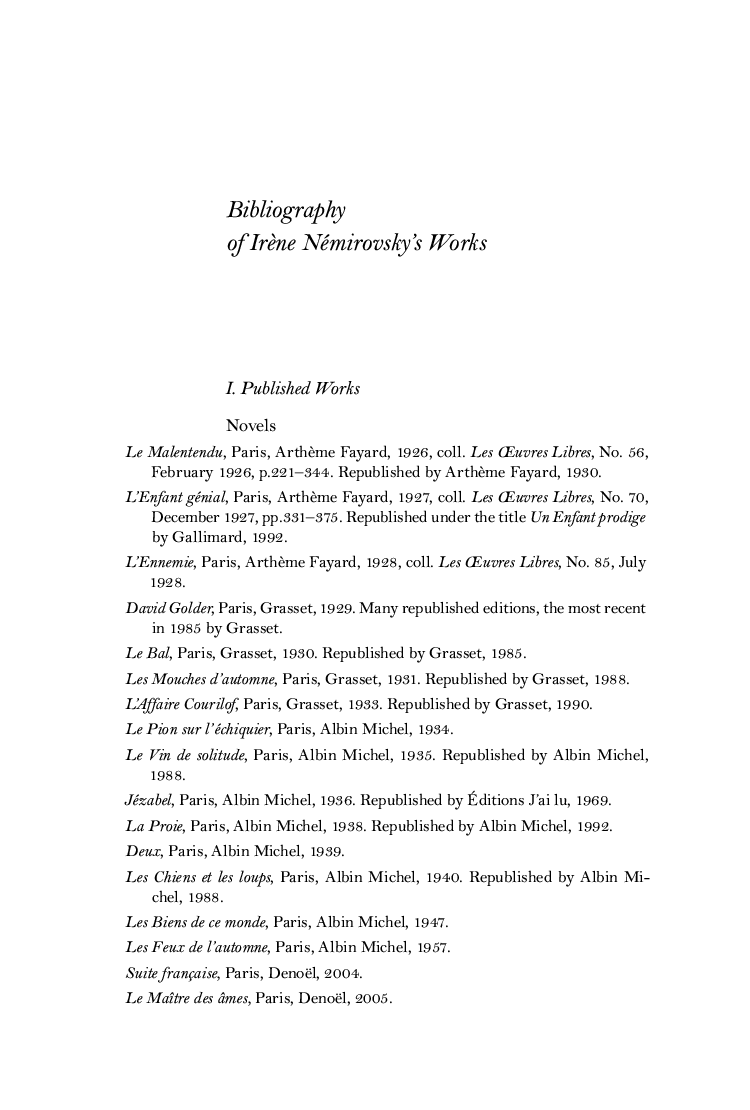 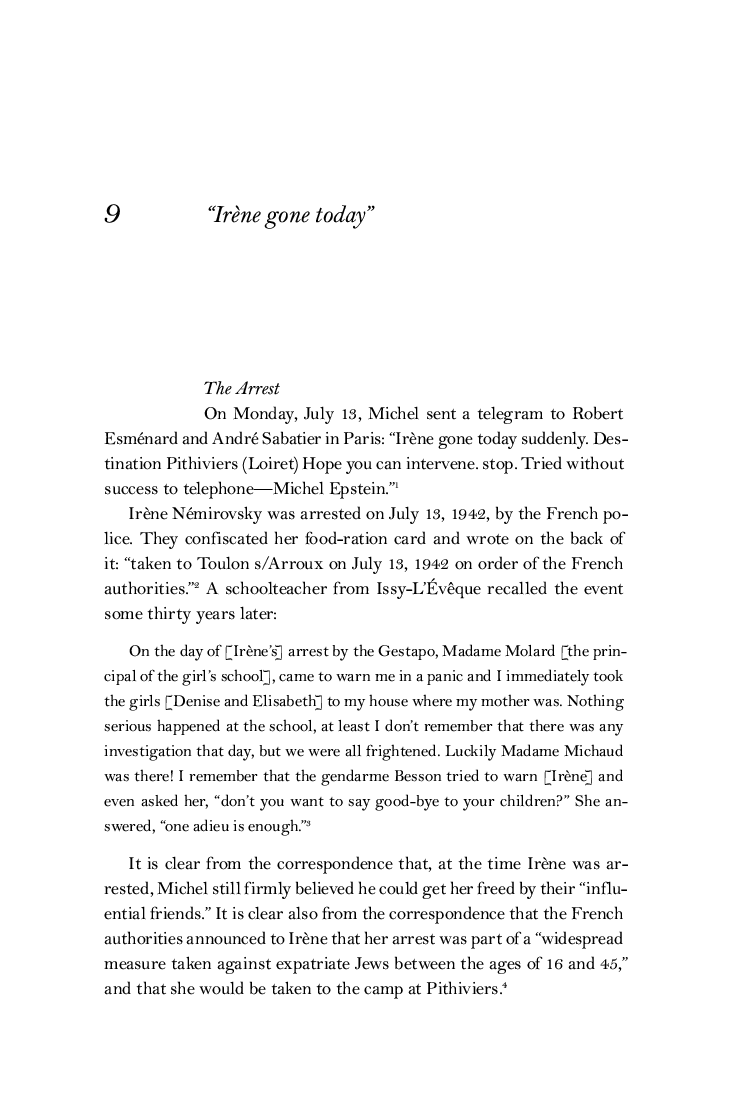 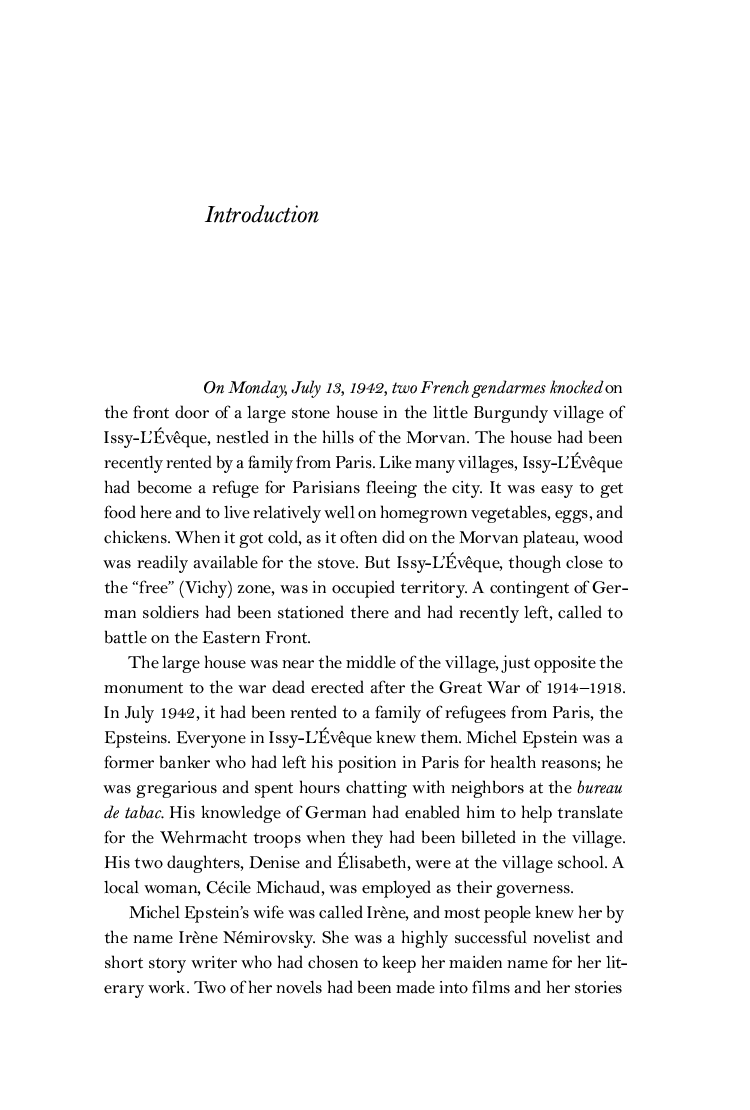 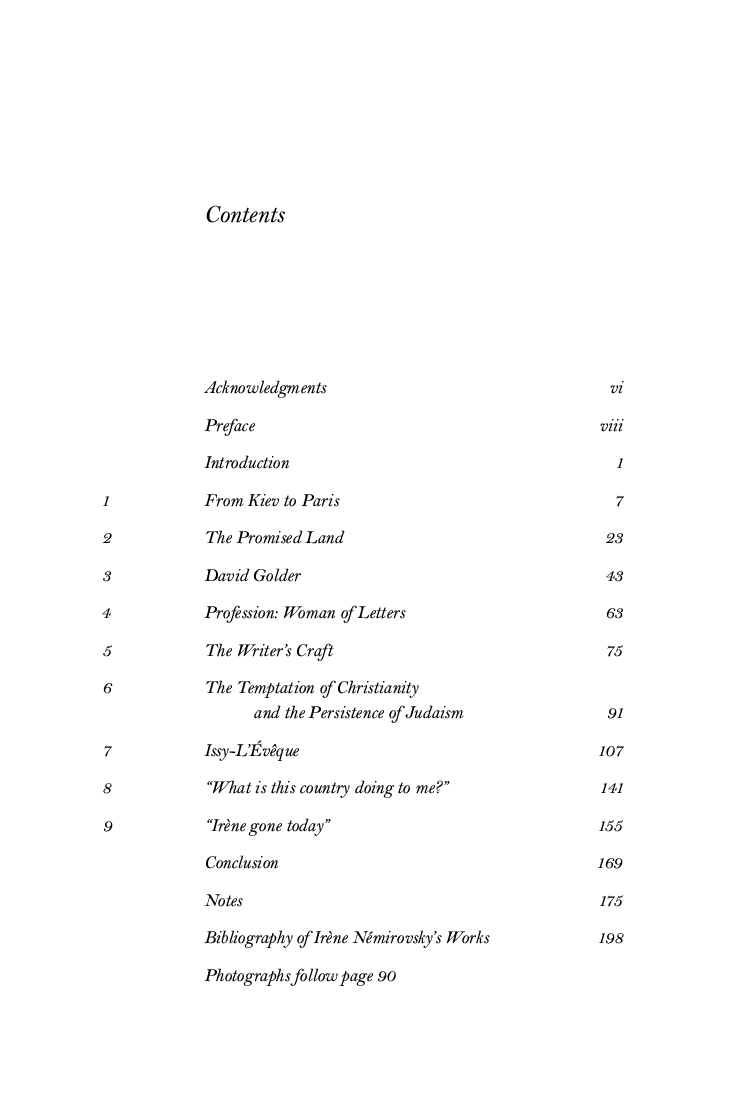