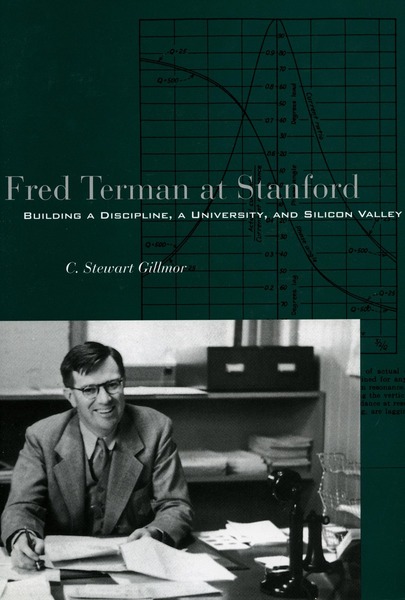 Winner of the 2005 Award for Distinguished Literary Contribution, sponsored by the Institute of Electrical and Electronics Engineers.

Fred Terman was an outstanding American engineer, teacher, entrepreneur, and manager. Terman was also deeply devoted to his students, to engineering, and to Stanford University. This biography focuses on the weave of personality and place across time—it examines Terman as a Stanford faculty child growing up at an ambitious little regional university; as a young electrical engineering professor in the heady 1920s and the doldrums of the Depression; as an engineering manager and educator in the midst of large-scale wartime research projects and the postwar rise of Big Science and Big Engineering; as a university administrator on the razor’s edge of great expectations and fragile budgets; and, finally, as a senior statesman of engineering education. The first doctoral student of Vannevar Bush at M.I.T., Terman was himself a prodigious teacher and adviser to many, including William Hewlett and David Packard. Terman was widely hailed as the magnet that drew talent together into what became known as Silicon Valley.

Throughout his life, Fred Terman was constant in his belief that quality could be quantified, and he was adamant that a university’s success must, in the end, be measured by the success of its students. Fred Terman’s formula for success, both in life and for his university, was fairly simple: hard work and persistence, systematic dedication to clearly articulated goals, accountability, and not settling for mediocre work in yourself or in others.

C. Stewart Gillmor is Professor of History and Science at Wesleyan University.