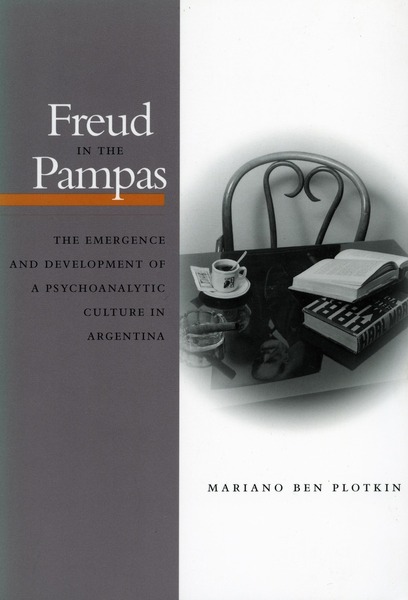 This is a fascinating history of how psychoanalysis became an essential element of contemporary Argentine culture—in the media, in politics, and in daily private lives. The book reveals the unique conditions and complex historical process that made possible the diffusion, acceptance, and popularization of psychoanalysis in Argentina, which has the highest number of psychoanalysts per capita in the world. It shows why the intellectual trajectory of the psychoanalytic movement was different in Argentina than in either the United States or Europe and how Argentine culture both fostered and was shaped by its influence.

The book starts with a description of the Argentine medical and intellectual establishments’ reception of psychoanalysis, and the subsequent founding of the Argentine Psychoanalytic Association in 1942. It then broadens to describe the emergence of a “psy culture” in the 1960s, tracing its origins to a complex combination of social, economic, political, and cultural factors. The author then analyzes the role of “diffusers” of psychoanalysis in Argentina—both those who were part of the psychoanalytic establishment and those who were not.

The book goes on to discuss specific areas of reception and diffusion of psychoanalytic thought: its acceptance by progressive sectors of the psychiatric profession; the impact of the psychoanalytically oriented program in psychology at the University of Buenos Aires; and the incorporation of psychoanalysis into the theoretical artillery of the influential left of the 1960s and 1970s. Finally, the author analyzes the effects of the military dictatorship, established in 1976, on the “psy” universe, showing how it was possible to practice psychoanalysis in a highly authoritarian political context.

"This is a marvelous book. Rich in narrative detail, sweeping in scope, and bold in interpretation, it offers a comprehensive account of one of the world's largest psychoanalytical movements. Plotkin also provides insights into Argentina's public and private cultures that are suffused from top to bottom with psychoanalytic concepts."

"This book is the first detailed study of how clinical work, literary and cultural movements, and even intellectual and political discourse [in Argentina] have been and continue to be profoundly shaped by psychoanalytic premises."

"The achievement of Freud in the Pampas is its informative account of the enormous impact that psychoanalysis has had on Argentine culture and of the profound effect that the politicized culture of Argentina has had on psychoanalysis."

"Mariano Plotkin's 2001 study, Freud in the Pampas: The Emergence and Development of a Psychoanalytic Culture in Argentina isan important and necessary book..."