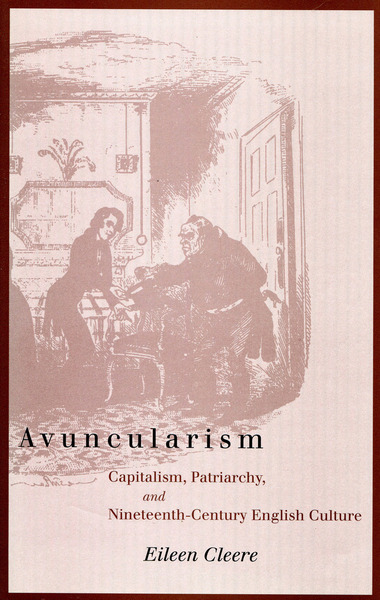 Avuncularism explores the fiction of Jane Austen, George Eliot, Charles Dickens, Anthony Trollope, and many other writers in order to argue that the "nuclear" nineteenth-century family was, in fact, far more fractured and contradictory than twentieth-century critics have assumed. One important and long-forgotten point of such fracture is the popular nickname given to pawnbrokers in the Victorian era: My Uncle. This fundamental connection between pawnbrokers and uncles provides the touchstone of the author's larger argument: that representations of the "avunculate" (a term borrowed from anthropology) in nineteenth-century literature and culture mark a preoccupation with the increasingly theorized and embattled directives of a new political economy.

Eileen Cleere is Assistant Professor of English at Southwestern University.

"Eileen Cleere has given us a curious, intriguing, impressively researched, agreeably written, and exhaustive argument for the importance of "uncle" in nineteenth-century England..."