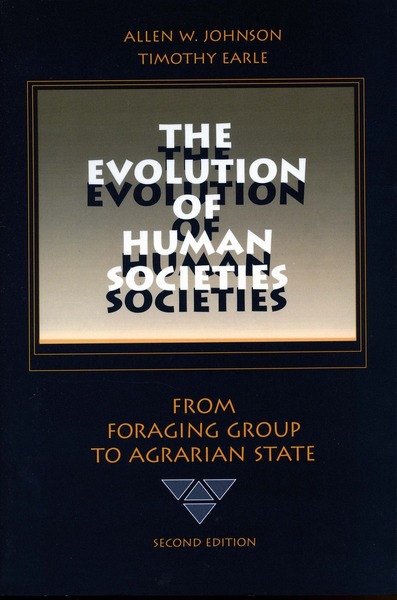 By combining an original thesis and a representative body of ethnographic data, this ambitious work seeks to describe and explain the growth in complexity of human societies.

Its emphasis is on the causes, mechanisms, and patterns of cultural evolution, which the authors explain in terms of a coherent theory of political economy—defined as the mobilization and exchange of goods and services between families. The authors show that the interconnected processes of technological change and population growth are the motor of social change, resulting in three related processes—intensification, integration, and stratification—that transform human societies over time. The validity of their theory rests on evidence drawn from 19 case studies that range widely over time and space.

For this new edition, the authors have thoroughly rewritten the theoretical argument for greater clarity, updated the case materials to incorporate new research, and added a new chapter that applies their theoretical perspective to the problems of change since the industrial revolution and the globalization of trade and political influence.

Reviews of the First Edition

"In a book full of perceptive observations and persuasive arguments . . . Johnson and Earle show in masterly detail how societies articulate to their environments and . . . how they evolve."

"A major contribution. . . . The book is a marvelous synthesis of ethnographic and historical data."

"A large amount of research and thought has produced sensible and illuminating specific analyses of the mechanisms of evolutionary change. Another plus is that the writing is clear and the argument is neatly conceived."

"Johnson and Earle show in masterly detail how societies articulate to their environments and . . . how they evolve."