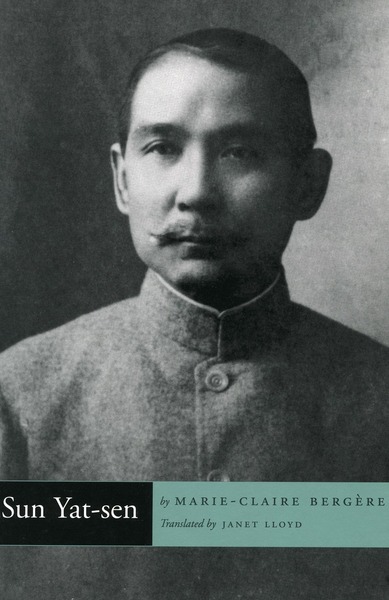 Sun Yat-sen (1866-1925), the first president of the Republic of China, has left a supremely ambivalent political and intellectual legacy—so much so that he is claimed as a Founding Father by both the present rival governments in Taipei and Beijing. In Taiwan, he is the object of a veritable cult; in the People’s Republic of China, he is paid homage as “pioneer of the revolution,” making possible the Party’s claims of continuity with the national past. Western scholars, on the other hand, have tended to question the myth of Sun Yat-sen by stressing the man’s weaknesses, the thinker’s incoherences, and the revolutionary leader’s many failures.

This book argues that the life and work of Sun Yat-sen have been distorted both by the creation of the myth and by the attempts at demythification. Its aim is to provide a fresh overall evaluation of the man and the events that turned an adventurer into the founder of the Chinese Republic and the leader of a great nationalist movement. The Sun Yat-sen who emerges from this rigorously researched account is a muddled politician, an opportunist with generous but confused ideas, a theorist without great originality or intellectual rigor.

But the author demonstrates that the importance of Sun Yat-sen lies elsewhere. A Cantonese raised in Hawaii and Hong Kong, he was a product of maritime China, the China of the coastal provinces and overseas communities, open to foreign influences and acutely aware of the modern Western world (he was fund-raising in Denver when the eleventh attempt to bring down the Chinese empire finally succeeded). In facing the problems of change, of imitating the West, of rejecting or adapting tradition, he instinctively grasped the aspirations of his time, understood their force, and crystallized them into practical programs.

Sun Yat-sen’s gifts enabled him to foresee the danger that technology might represent to democracy, stressed the role of infrastructures (transport, energy) in economic modernization, and looked forward to a new style of diplomatic and international economic relations based upon cooperation that bypassed or absorbed old hostilities. These “utopias” of his, at which his contemporaries heartily jeered, now seem to be so many prophecies.

"By setting Sun Yat-sen in his proper historical context, this excellent biography not only resuscitates a major historical figure but constitutes one of the best histories we have of the late Qing and early Republican period."

"This is a most welcome book, one that everyone interested in modern China has wanted for a long while. It is a readable, balanced, and judicious study . . . the most thorough book about Sun in a Western language, and so minutely researched that it goes far beyond any existing study."

"This study, by a leading historian of early-twentieth-century China, shows Sun's strengths as well as his weaknesses and helps explain his appeal. . . . Bergère provides enough context to make the biography accessible to general readers. Very highly recommended."