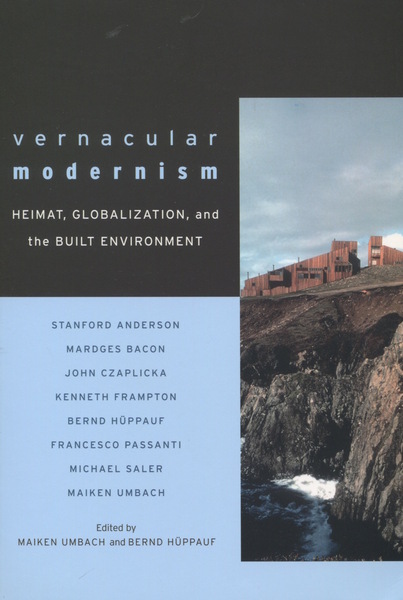 Vernacular Modernism challenges the common perception of modern architecture as the example of an internationalism which eradicates local traditions and transforms the globe into a faceless urban sprawl. The essays trace the vernacular in some of modernity's most paradigmatic sites—both real and imagined. They engage in a search for an idiom that mediates between place and space, the vernacular and the abstract in architecture, from its early phase and Hermann Muthesius via LeCorbusier's high modernism, to the contemporary movement of a "critical regionalism."

Maiken Umbach teaches modern European history at the University of Manchester (UK). She is the author of Federalism and Enlightenment in Germany, 1740-1806 (2000) and German Federalism: Past, Present, Future (2002). Bernd Huppauf is Professor of German at New York University. Among his numerous publications in German and English are Globalization and the Future of German (2004), Skepsis und literarische Einbildungskraft (2003), War, Violence, and the Modern Condition (1997).

"The volume's broad geographic scope and inventive exploration of diverse vernacular expressions will convince readers that modernization and modernism were far more open-ended and heterogeneous than previously acknowledged." 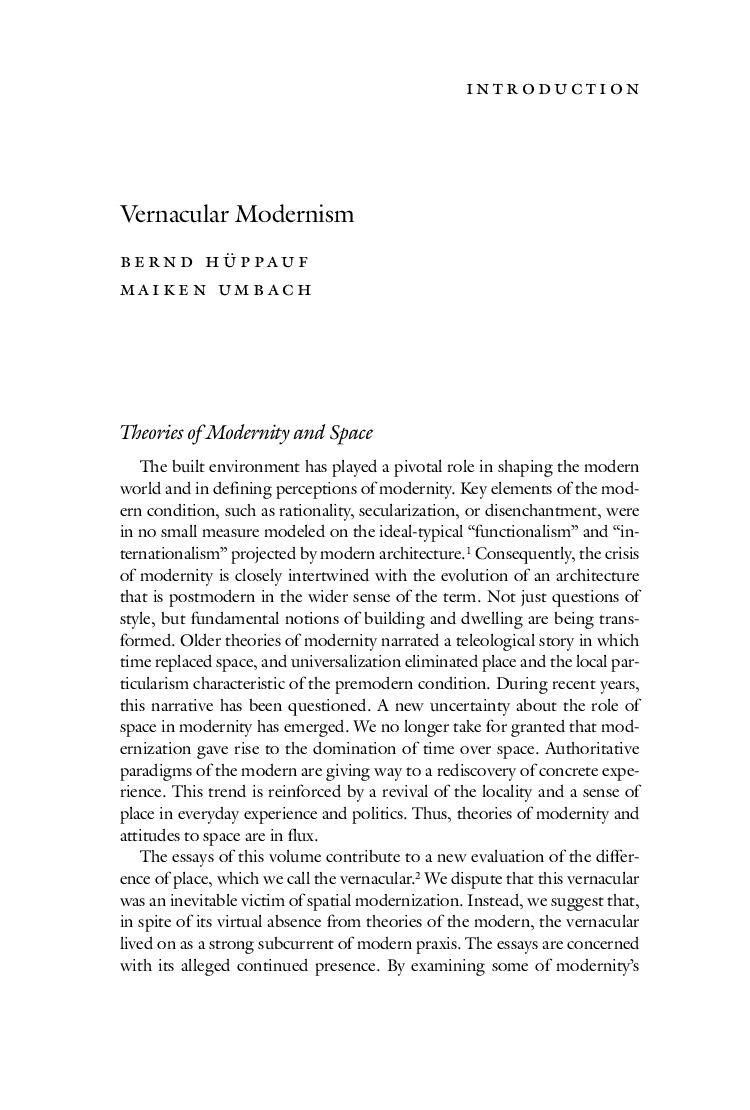