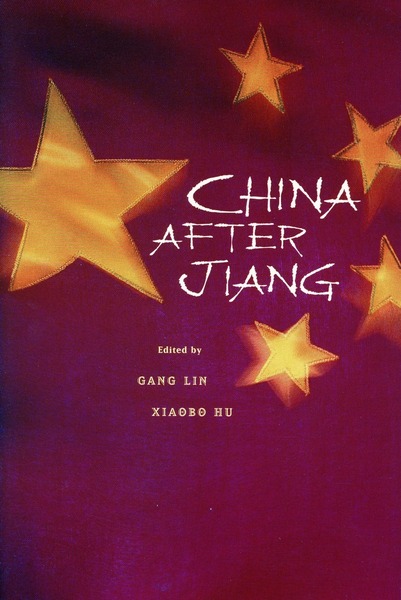 China after Jiang
Edited by Gang Lin and Xiaobo Hu

Because power in China is so concentrated at the top, changes in leadership usually mean changes in many other domains as well. In this study, based on documents released around the time Jiang Zemin left office in November 2002 and interviews with Chinese officials, the authors concentrate on more fundamental institutional changes, both those under way well before Jiang stepped down and those still urgently needed if China is to remain stable and prosperous in the 21st century. Topics addressed include the role of ideology, the issue of legitimacy, rule-making and -breaking, Party governance, the use of state power for economic ends, state-society relations, and decision making in foreign policy.

The authors ask how changing concepts of property rights have influenced China's development, and whether present and future leaders will be able to maintain the Party's monopoly on political power by partially democratizing the party itself. They conclude that strengthened institutions are critical to China's future well-being.

Gang Lin is an Asia Program Associate at the Woodrow Wilson International Center for Scholars. Xiaobo Hu is Assistant Professor of Political Science at Clemson University.