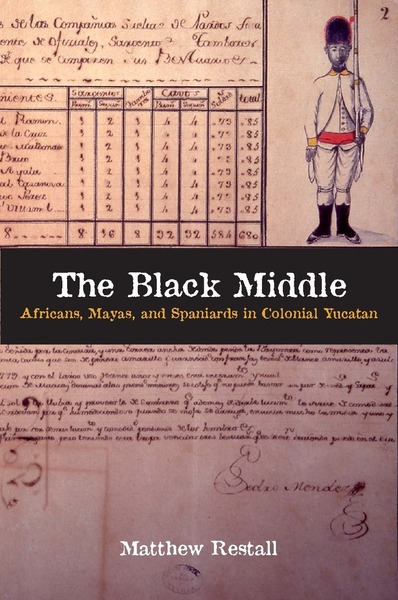 Winner of the 2010 Mexican History Book Prize, sponsored by the Conference on Latin American History.

The Black Middle is the first full-length study of black African slaves and other people of African descent in the Spanish colonial province of Yucatan. Matthew Restall makes expert use of Spanish and Maya language documents from the sixteenth through the nineteenth centuries, found in a dozen different archives. His goal is to discover what life was like for a people hitherto ignored by historians. He explores such topics as slavery and freedom, militia service and family life, bigamy and witchcraft, and the ways in which Afro-Yucatecans (as he dubs them) interacted with Mayas and Spaniards. Restall concludes that, in numerous ways, Afro-Yucatecans lived and worked in a middle space between—but closely connected to—Mayas and Spaniards. The book's "black middle" thesis has profound implications for the study of Africans throughout the Americas.

"Matthew Restall's book is a wonderful addition to a number of fields, most prominently Latin American history, slave and Diaspora studies, ethnohistory, and Atlantic world history. The book is exceptionally well written with an engaging and informative style. The work draws on an impressive array of archival sources and nicely complements statistical evidence with real-life stories. The book's eloquence and revisionism ensure that it will be widely read and influential."

"Restall provides strong evidence supporting the important role that Afro-Yucatecans played in Spanish and Maya communities, and in Yucatecan society in general . . . Restall's ability to make arcane data come to life through stories and examples expands the work's readership beyond academia."

"Restall opens each chapter with a detailed case study that makes for compelling reading and proves impressive in the depth of research and thoughtful and informed speculation required to give the stories depth and meaning. Restall's study will be of great interest to specialists in the African and Afro-American experiences in colonial Latin America and the wider Atlantic World."

"Matthew Restall is an expert on the Maya . . . This is a crucial contribution to the history of a too neglected aspect of colonial management, the history of freedom and slavery, the history of witchcraft (in which African, indigenous, and Spanish elements were pixed, pagan, and Christian), and much more . . . The book is soundly researched. The personal stories add an important human touch to the general coverage."

"Restall has given us a full-blooded portrait of a historically important and interesting corner of the colonial world. In addition to his focus on the African-origin population of the Yucatan, Restall provides a full-scale, detailed, and eloquent social history of the entire region, demonstrating the ways in which his 'black middle' population was embedded in the larger society. The archival sources are truly impressive, expertly handled, and deployed with smart critical discussion." 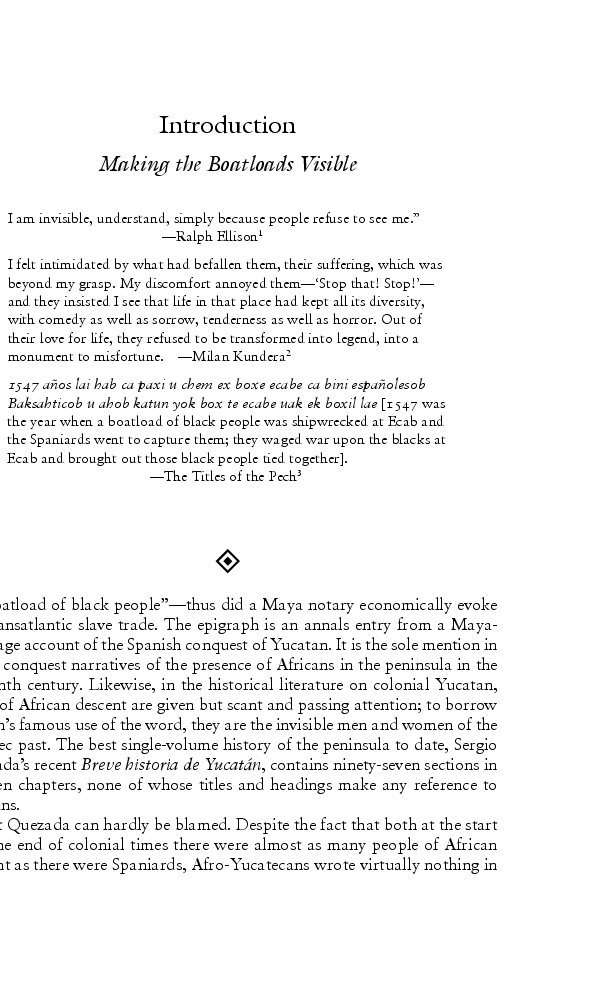