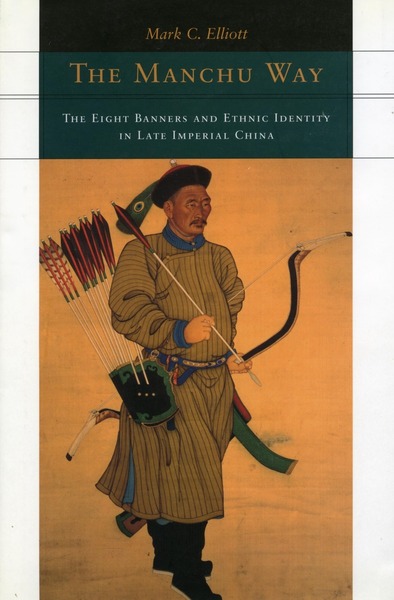 In 1644, the Manchus, a relatively unknown people inhabiting China’s rude northeastern frontier, overthrew the Ming, Asia’s mightiest rulers, and established the Qing dynasty, which endured to 1912. From this event arises one of Chinese history’s great conundrums: How did a barely literate alien people manage to remain in power for nearly 300 years over a highly cultured population that was vastly superior in number? This problem has fascinated scholars for almost a century, but until now no one has approached the question from the Manchu point of view.

This book, the first in any language to be based mainly on Manchu documents, supplies a radically new perspective on the formative period of the modern Chinese nation. Drawing on recent critical notions of ethnicity, the author explores the evolution of the “Eight Banners,” a unique Manchu system of social and military organization that was instrumental in the conquest of the Ming.

The author argues that as rulers of China the Manchu conquerors had to behave like Confucian monarchs, but that as a non-Han minority they faced other, more complex considerations as well. Their power derived not only from the acceptance of orthodox Chinese notions of legitimacy, but also, the author suggests, from Manchu “ethnic sovereignty,” which depended on the sustained coherence of the conquerors.

When, in the early 1700s, this coherence was threatened by rapid acculturation and the prospective loss of Manchu distinctiveness, the Qing court, always insecure, desperately urged its minions to uphold the traditions of an idealized “Manchu Way.” However, the author shows that it was not this appeal but rather the articulation of a broader identity grounded in the realities of Eight Banner life that succeeded in preserving Manchu ethnicity, and the Qing dynasty along with it, into the twentieth century.

"This book is the most interesting history ever written of the Manchus in Chinese life, and one of the most important contributions to Qing studies in the last decade. . . . It is engagingly, even elegantly written, with enviable clarity and nice touches of ironic humor."

"[The Manchu Way] will be important reading not only for all historians of China but for all students of the history of the early modern world. Formidable in its learning, it is very lucidly written, makes its arguments clearly, and is full of vivid descriptions and quotations."

"By examining the details of garrison life, using extensive archival materials written only in Manchu, Elliot draws an insiders' picture of their world. . . . Elliot offers a rich fund of material and a new and powerful argument that is vital reading for anyone interested in the transition from empire to nation around the world."

"This is a wide-ranging and innovative book. Furthermore, it is written in a lively, accessible style . . . .It will also be stimulating for readers interested in ethnicity, identity, and the creation of empires. Overall, it is undoubtedly a scholarly achievement of the highest order."