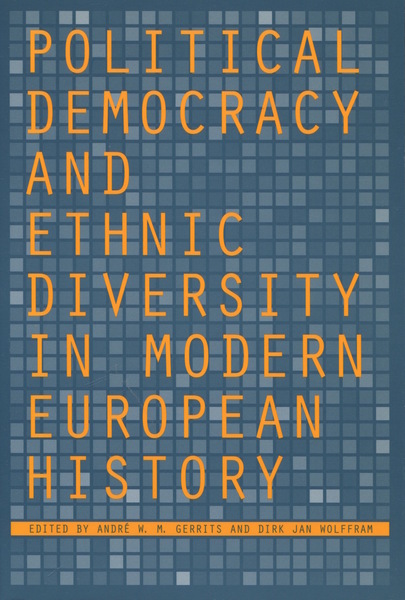 This volume brings together scholars from the United States and Europe to examine the history of one of the great challenges to European politics today—the relationship between political democracy and ethnic diversity. The major questions posed by the authors are: is ethnic homogeneity a condition of democracy, or is it a historical coincidence that modern democracies seem to prosper in ethnically homogeneous societies? How relevant is ethnic diversity or homogeneity in explaining the success or failure of democracy in Europe? And how did democracies cope with ethnic diversity, in comparison with other political systems—empires and modern dictatorships in particular?

The answers may be unsettling: homogeneity and diversity have both proven to be destructive forces in history. Whereas Western European democracies incorporated these ethnic differences into their political system, the introduction of democracy in Central and Eastern Europe was seriously hampered, both by ethnic conflicts and by efforts to homogenize the region ethnically. This is the first book in which the fate of democracy is directly related to ethnic diversity.

André W.M. Gerrits is Associate Professor in European Studies at the University of Amsterdam. Dirk Jan Wolffram is Assistant Professor in the History Department of Groningen University.