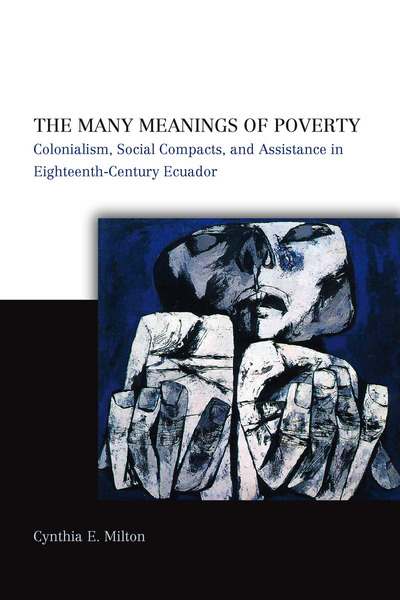 The Many Meanings of Poverty
Colonialism, Social Compacts, and Assistance in Eighteenth-Century Ecuador
Cynthia E. Milton

Winner of the 2008 Bolton-Johnson Prize, sponsored by the Conference on Latin American History.

This book analyzes the diverse understandings of poverty in a multiracial colonial society, eighteenth-century Quito. It shows that in a colonial world both a pauper and a landowner could lay claim to assistance as the "deserving poor" while the vast majority of the impoverished Andean population did not share the same avenues of poor relief. The Many Meanings of Poverty asks how colonialism shaped arguments about poverty—such as the categories of "deserving" and "undeserving" poor—in multiracial Quito, and forwards three central observations: poverty as a social construct (based on gender, age, and ethnoracial categories); the importance of these arguments in the creation of governing legitimacy; and the presence of the "social" and "economic" poor. An examination of poverty illustrates changing social and religious attitudes and practices towards poverty and the evolution of the colonial state during the eighteenth-century Bourbon reforms.

Cynthia E. Milton is Canada Research Chair in Latin American History at the Université de Montréal. She is coeditor of The Art of Truthtelling about Authoritarian Rule (2005)

"The reach and ramifications of this book are broad. It is one of several new works that assess the social impact of the Bourbon reforms, and, by opening the doors to Quito's poor house, it contributes to reinvigorated institutional histories of Latin America... To write a history of poverty in colonial Spanish America is a truly ambitious endeavor. The Many Meanings of Poverty is a valiant attempt at this monumental task, and the only word to describe many of its findings is: rich."

"Cynthia E. Milton's book ... adds an additional layer of explanation to Egas's interpretation of who comprised the 'truly poor.' In a richly detailed and throughly researched scrutiny of the various faces of poverty in late colonial Quito, Milton examines how society drew distinctions between the deserving and not-so-deserving poor."

"This makes Quito, I think, the ideal setting for Cynthia Milton's welcome exploration of what poverty meant in late colonial Spanish America The Many Meanings of Poverty is clearly a major contribution to the historiography of colonial Ecuador, which after years of neglect has attracted innovative work in areas such as gender, law, and demography."

—The Journal of Latin American Studies 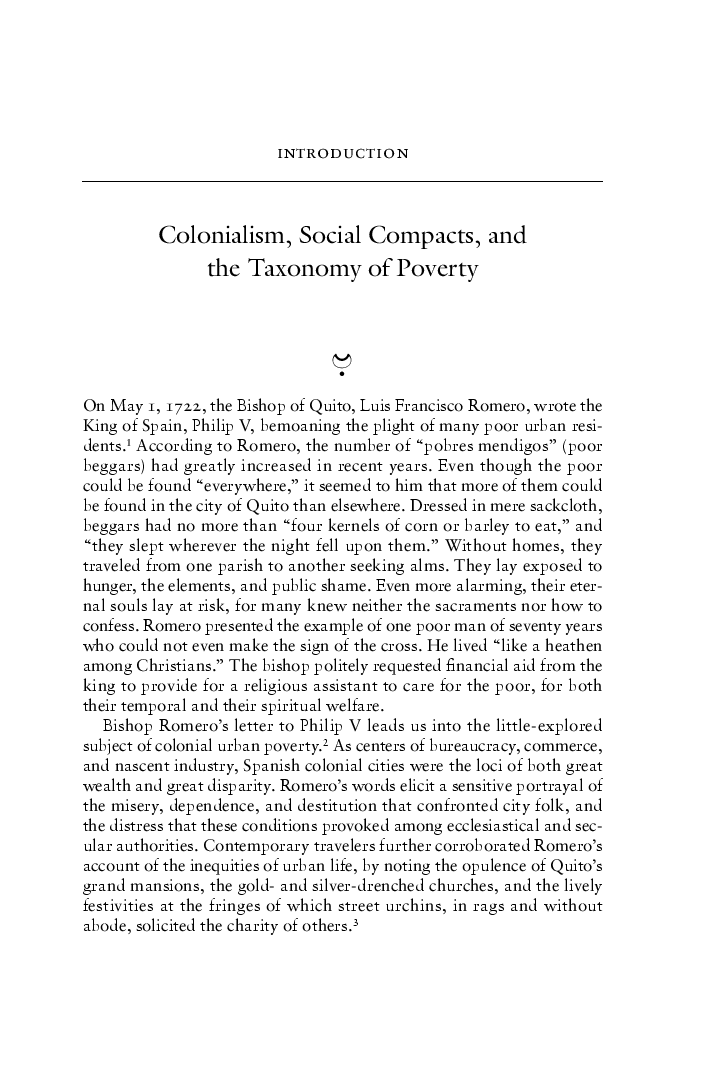 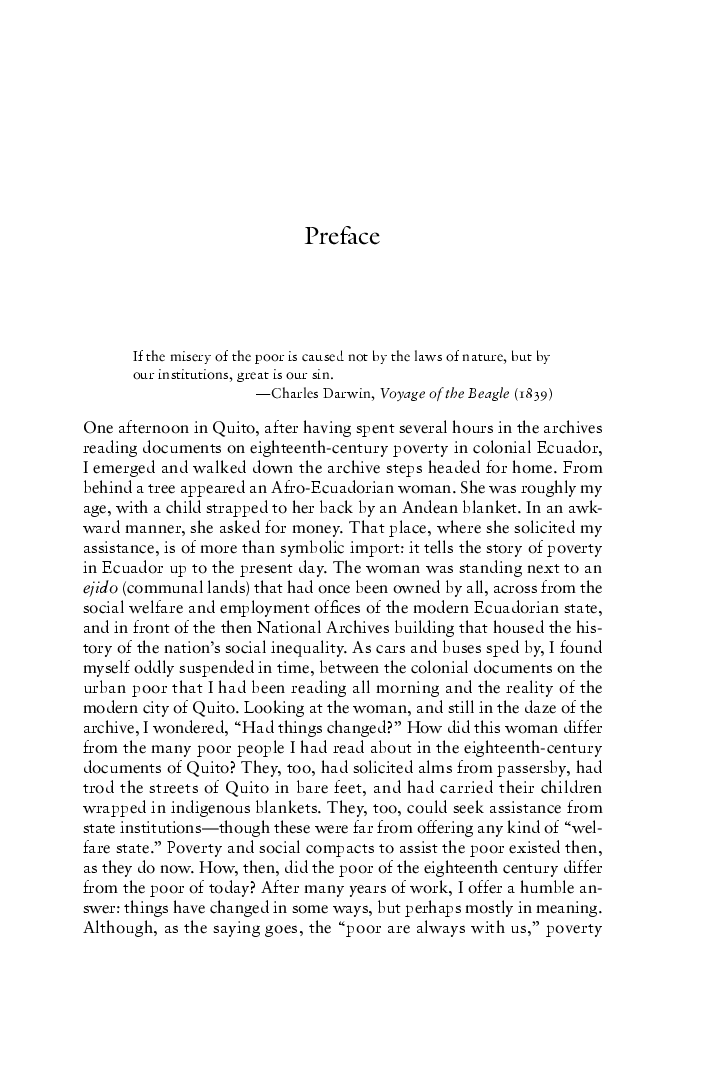 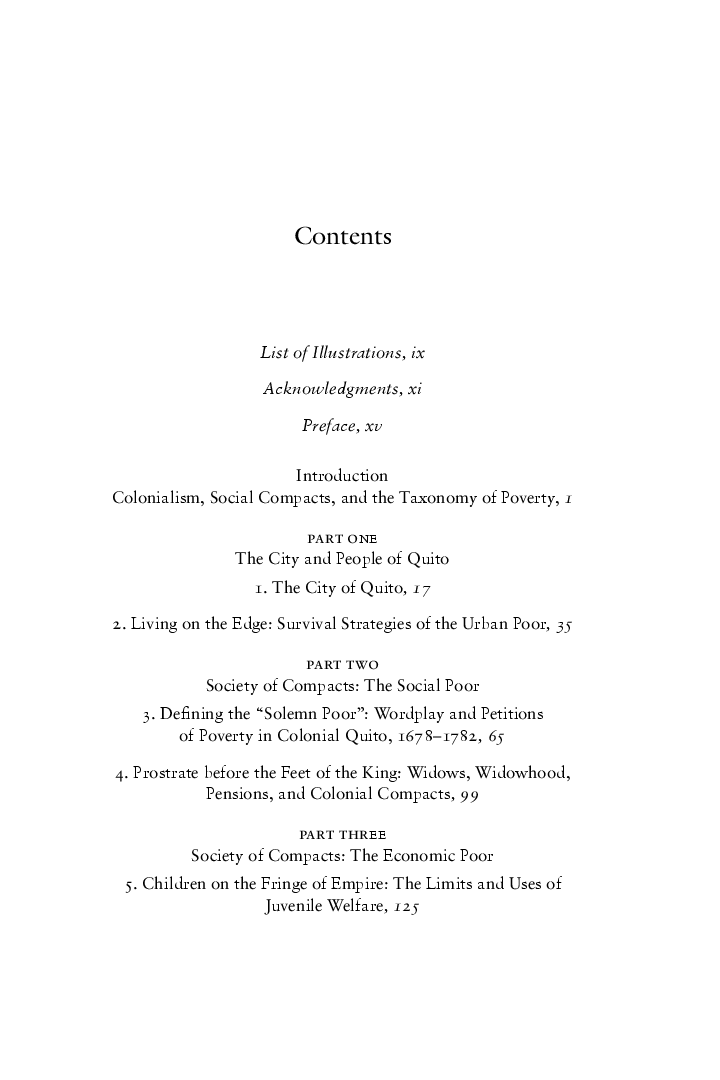