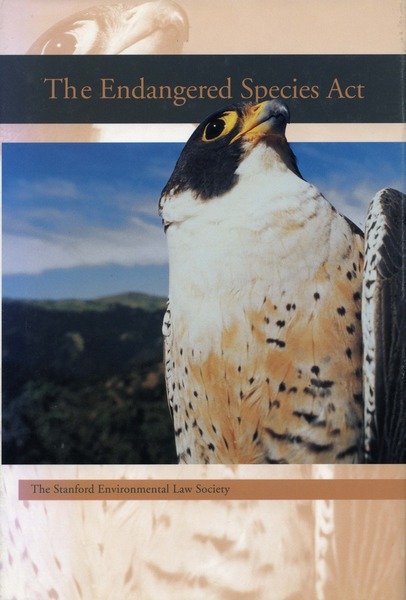 This handbook is a comprehensive guide to the federal Endangered Species Act, the primary U.S. law aimed at protecting species of animals and plants from human threats to their survival. The Act protects not only threatened and endangered animals and plants, but their habitats as well, from direct and indirect threats such as hunting and development. Enacted in 1973 without opposition, the Act has over the past 27 years become a focal point for controversy, as efforts to protect species have clashed with traditional views of economic progress. Despite the often heated debate, the Act enters the 21st century essentially unchanged.

This handbook, intended for lawyers, government agency employees, students, community activists, businesspeople, and anyone else who needs to understand the Endangered Species Act, guides the reader through the Act's provisions, including the procedures for listing species and designating their critical habitats, the requirements the Act places on federal agencies, and the scope of protections afforded to listed species. It contains a discussion of the modern extinction crisis and a brief history of endangered species protection in the United States. The handbook also explains how the Act and its implementing regulations have been interpreted by courts over the years. It provides valuable tips for citizens who wish to become involved in application and enforcement of the Act. The handbook includes the text of the Act, as well as a bibliography of related legislative materials, case law, and legal scholarship.

"This handbook is a comprehensive roadmap to our nation's most powerful environmental law. It is a must-read for agency officials, lawyers, community activists, business people, and public and private land owners who need to know what the Endangered Species Act requires and how to work with others in this most contentious field."

"A user-friendly guide to navigate through the ESA's policy and practice. . . . Written in an extremely accessible manner, the book is intended for a wide audience. . . . The best single treatment I have found in communicating the ESA's practical requirements and implications."