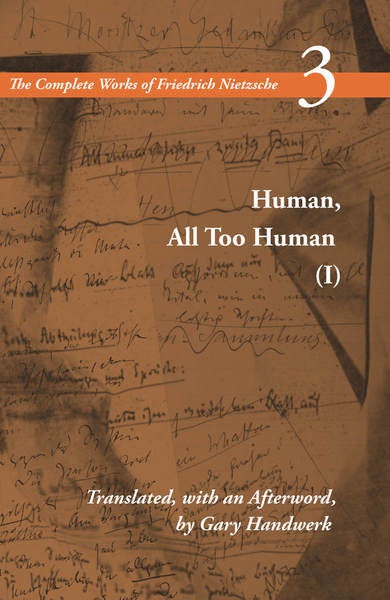 This is the second volume to appear in an edition that will be the first complete, critical, and annotated English translation of all of Nietzsche’s work. Volume 2: Unfashionable Observations, translated by Richard T. Gray, was published in 1995. The edition is a new English translation, by various hands, of the celebrated Colli-Montinari edition, which has been acclaimed as one of the most important works of scholarship in the humanities in the last quarter century. The original Italian edition was simultaneously published in French, German, and Japanese.

This volume of Human, All Too Human, the first of two parts, is the earliest of Nietzsche’s works in which his philosophical concerns and methodologies can be glimpsed. In this work Nietzsche began to establish the intellectual difference from his own cultural milieu and time that makes him our contemporary. Published in 1878, it marks both a stylistic and an intellectual shift away from Nietzsche’s own youthful affiliation with Romantic excesses of German thought and culture typified by Wagnerian opera.