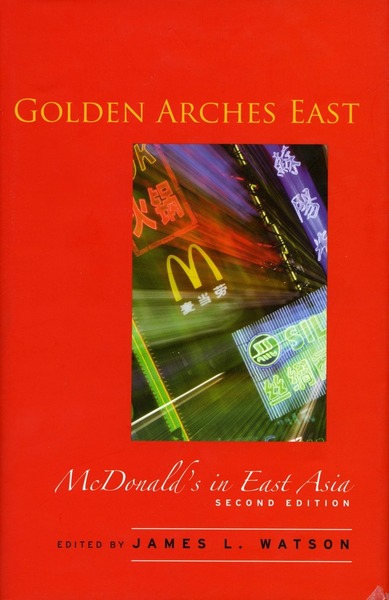 McDonald's restaurants are found in over 100 countries, serving tens of millions of people each day. What are the cultural implications of this phenomenal success? The widely read—and widely acclaimed—Golden Arches East argues that McDonald's has largely become divorced from its American roots and become a "local" institution for an entire generation of affluent consumers in Hong Kong, Beijing, Taipei, Seoul, and Tokyo. In the second edition, James L. Watson also covers recent attacks on the fast-food chain as a symbol of American imperialism, and the company's role in the obesity controversy currently raging in the U.S. food industry, bringing the story of East Asian franchises into the twenty-first century.

Praise for the First Edition:

"Golden Arches East is a fascinating study that explores issues of globalization by focusing on the role of McDonald's in five Asian economies and [concludes] that in many countries McDonald's has been absorbed by local communities and become assimilated, so that it is no longer thought of as a foreign restaurant and in some ways no longer functions as one." —Nicholas Kristof, New York Times Book Review

"This is an important book because it shows accurately and with subtlety how transnational culture emerges. It must be read by anyone interested in globalization. It is concise enough to be used for courses in anthropology and Asian studies." —Joseph Bosco, China Journal

"The strength of this book is that the contributors contextualize not just the food side of McDonald's, but the social and cultural activity on which this culture is embedded. These are culturally rich stories from the anthropology of everyday life." —Paul Noguchi, Journal of Asian Studies

"Here is the rare academic study that belongs in every library."—Library Journal

James L. Watson is Fairbank Professor of Chinese Society and Professor of Anthropology at Harvard University.

"McDonald's Restaurants are to be found world-wide and books have been written on their business success and approach but GOLDEN ARCHES EAST: MCDONALD'S IN EAST ASIA is something different, providing college-level readers with a blend of cultural insights and business savvy as it traces McDonald's role in five Asian countries. Chapters provide the author's first-person insights as he journeys to five Asian countries and asks questions on McDonald's management, promotion strategies, and impact on local culture. Also included are reflections on food and marketing within these nations, making GOLDEN ARCHES EAST essential for any overseas business or Asian holding. —BOOKWATCH 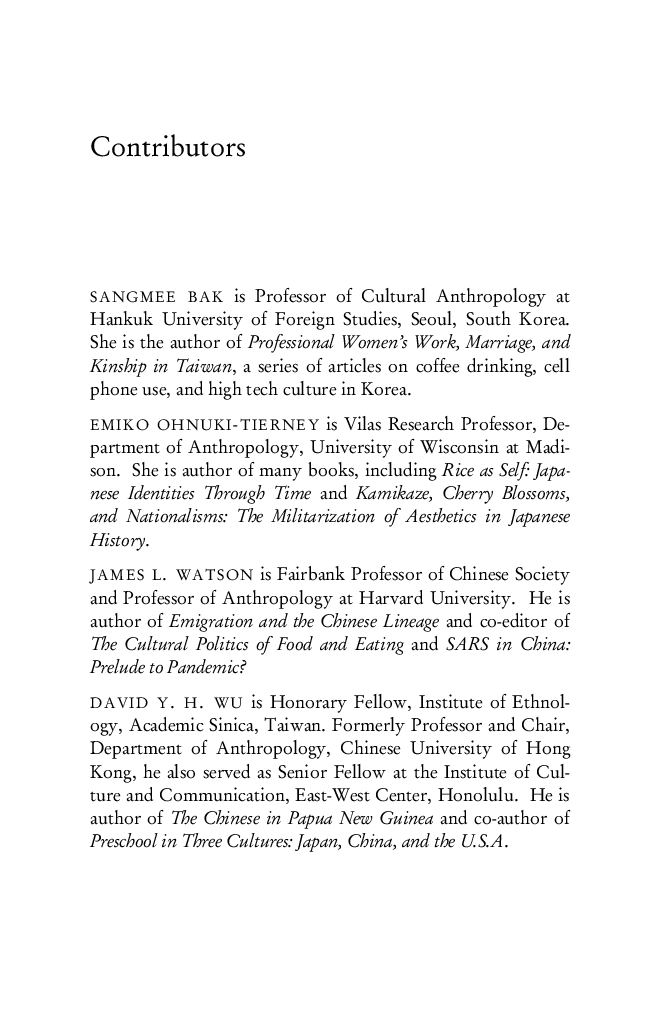 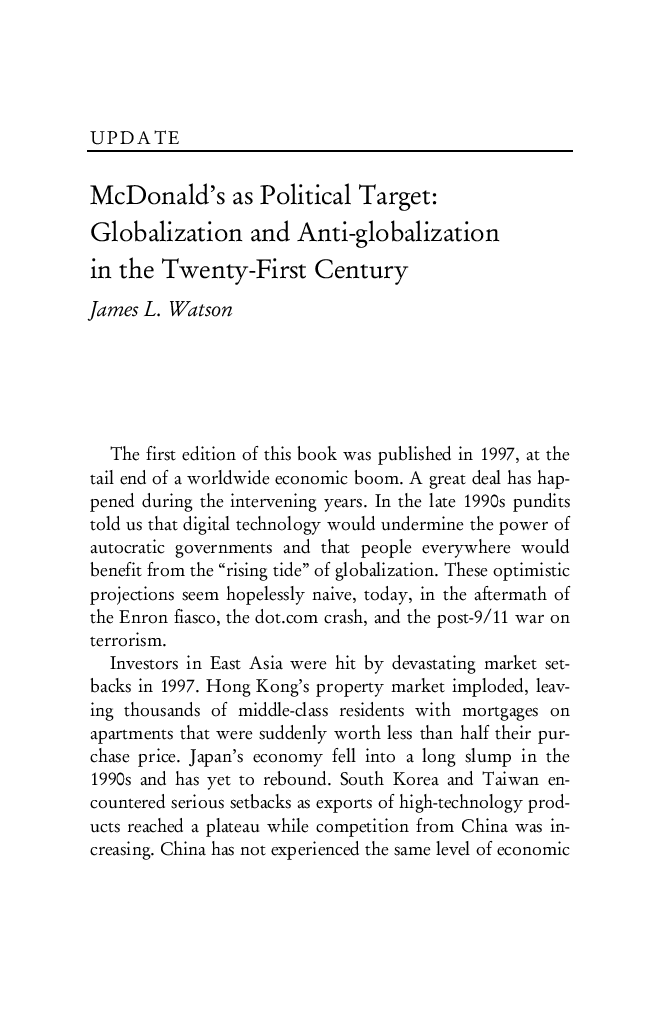 Excerpt from the Update 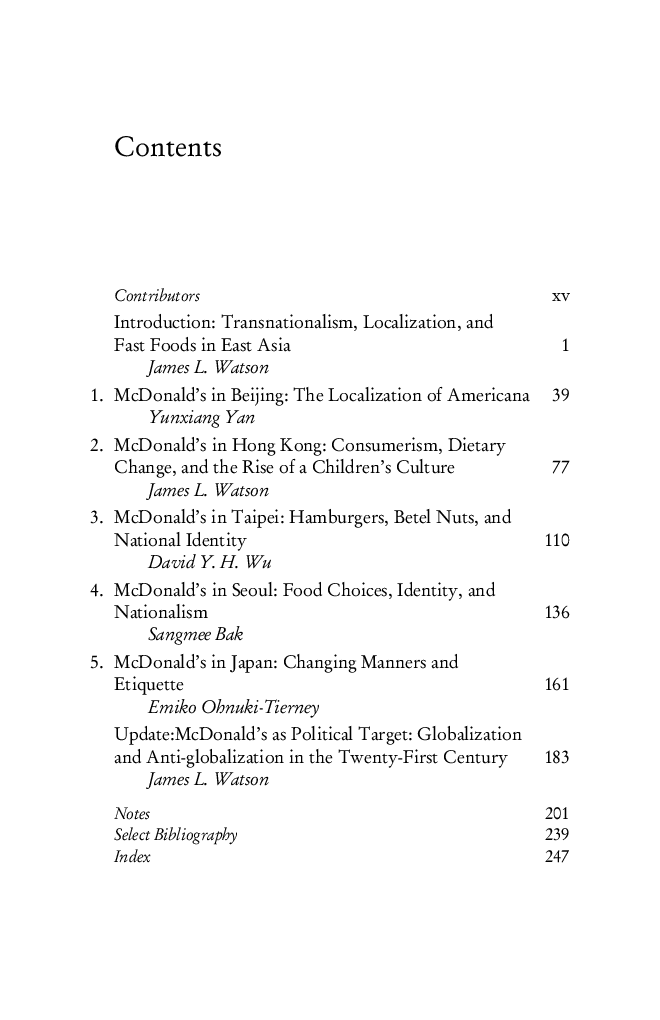