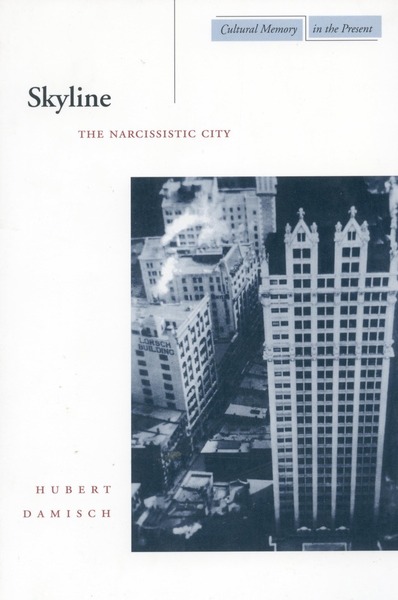 One of today’s foremost art historians and critics presents a strikingly original view of architecture and the city through the twin lenses of cultural theory and psychoanalysis. Hubert Damisch—whose work on the history of perspective, the notion of imitation, and the question of representation has emerged as the most important body of critical thought on painting since, perhaps, Meyer Shapiro’s collected essays—here engages a subject that has been of continuing interest to him over the last thirty years.

In the field of architecture, this book has been awaited for a long time; in the fields of art history and cultural studies, it will be welcomed as a powerful argument for utilizing in an urban context interpretive approaches developed for the analysis of spatial and visual phenomena. Though architecture has served since Descartes as a structural analogy for philosophical discourse and has played a similar role in literature, contemporary studies on architecture have tended to be very specialized, with little regard for their accessibility to scholars in the humanities and social sciences. This book, however, with its solid grounding in architecture and urban theory and its profoundly humanistic approach, will prove deeply rewarding to specialist and generalist alike.

The book engages a wide range of subjects, including reconstructions of the Egyptian labyrinth, architectural museums, European visions of New World cities, the great spaces and national parks of the American West, and landscape gardening in the United States. These subjects work together to develop a unique way of looking at the city and its architecture, the landscape and its spaces.

“The reader is invited to pass from philosophy to architecture, from antiquity to the modern era, from Europe to America, from Herodotus to Tocqueville, from Descartes to Freud, to say nothing of references, explicit in these instances, to times when I frequented dark theaters, encounteredAmerica, its incomparable cities and spaces, and traveled to Berlin.”—from the Author’s Preface