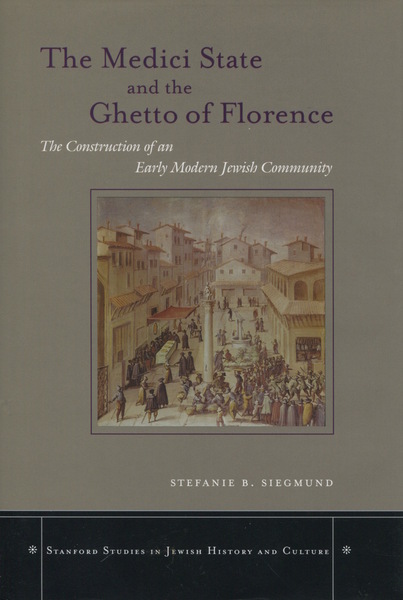 The Medici State and the Ghetto of Florence
The Construction of an Early Modern Jewish Community
Stefanie B. Siegmund
SERIES: Stanford Studies in Jewish History and Culture

Winner of the 2006 Herbert Baxter Adams Prize, sponsored by the American Historical Association.

Winner of the 2006 Helen and Howard R. Marraro Prize, sponsored by the Society for Italian Historical Studies.

The Medici State and the Ghetto of Florence is a work about Italian Jews, Christians, and the institutions and policies that organized their relationship. It sets the 1570 decision of the Medici government to ghettoize the Jews of Tuscany in the context of early modern statecraft and in the climate of the Catholic (or Counter-) Reformation. While readers have had access to studies of the ghettos of Rome and Venice, this is the first study of the Jews of Tuscany available in English, and the first and only study of the Florentine ghetto based on sustained archival research. The story of the forced ghettoization of Tuscan Jews allows the author to explore the "spatialization of power," the construction of Jewish community, and the reorganization of gender roles, leading to three broad arguments of great significance to readers interested in Italian history, Jewish history, urban history, and the history of women.

Stefanie Siegmund is Associate Professor of History and Judaic Studies at the University of Michigan.

"Thanks to this well-documented work by Stefanie B. Siegmund, we now have a reliable account of . . . the creation of the florentine ghetto in 1570."

"This book has been lauded and recognized by two prestigious prizes and is already being cited as marking a new path in the study of Jewish-Christian relations in premodern Europe . . . the book is nothing if not stimulating and will remain the touchstone for all future research into Florentine Jewish history in this period."

"A richly-detailed study . . . The ghetto, whatever the specific circumstances of its creation, represented order at the expense of liberty. But Siegmund has made it more difficult to generalize indiscriminately and facilely."

"Ground-breaking and comprehensive in scope, The Medici State and the Ghetto of Florence offers readers an intriguing glimpse into an ofttimes overlooked aspect of Italian and Jewish history." 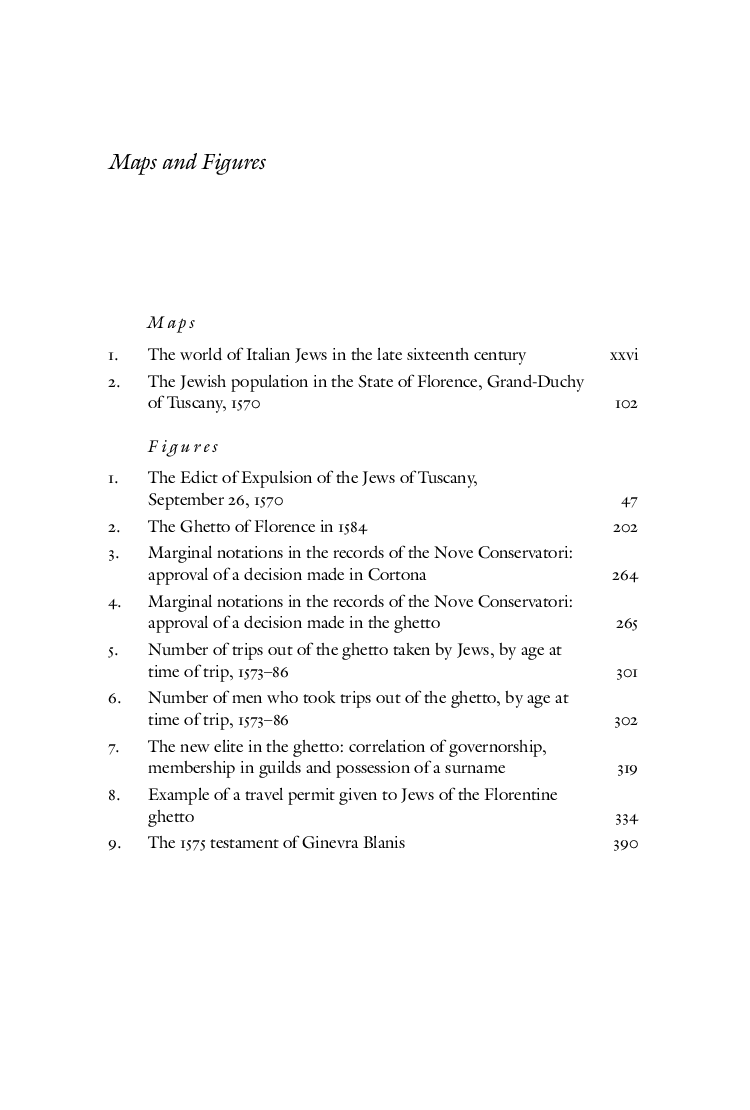 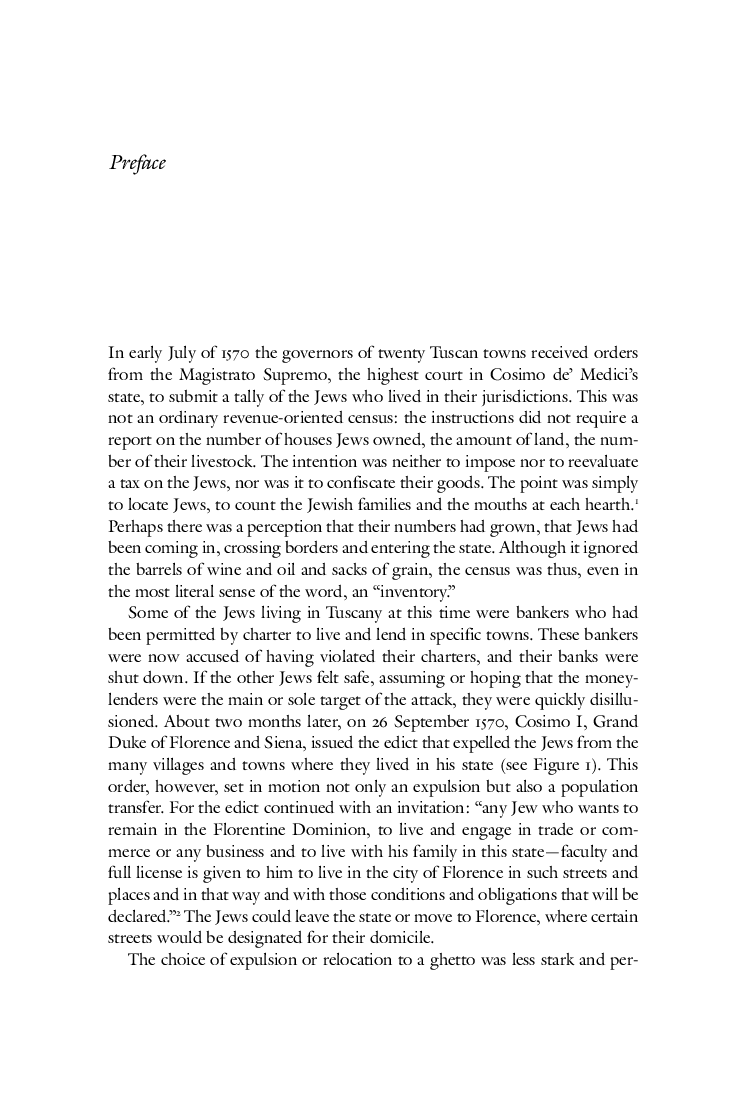 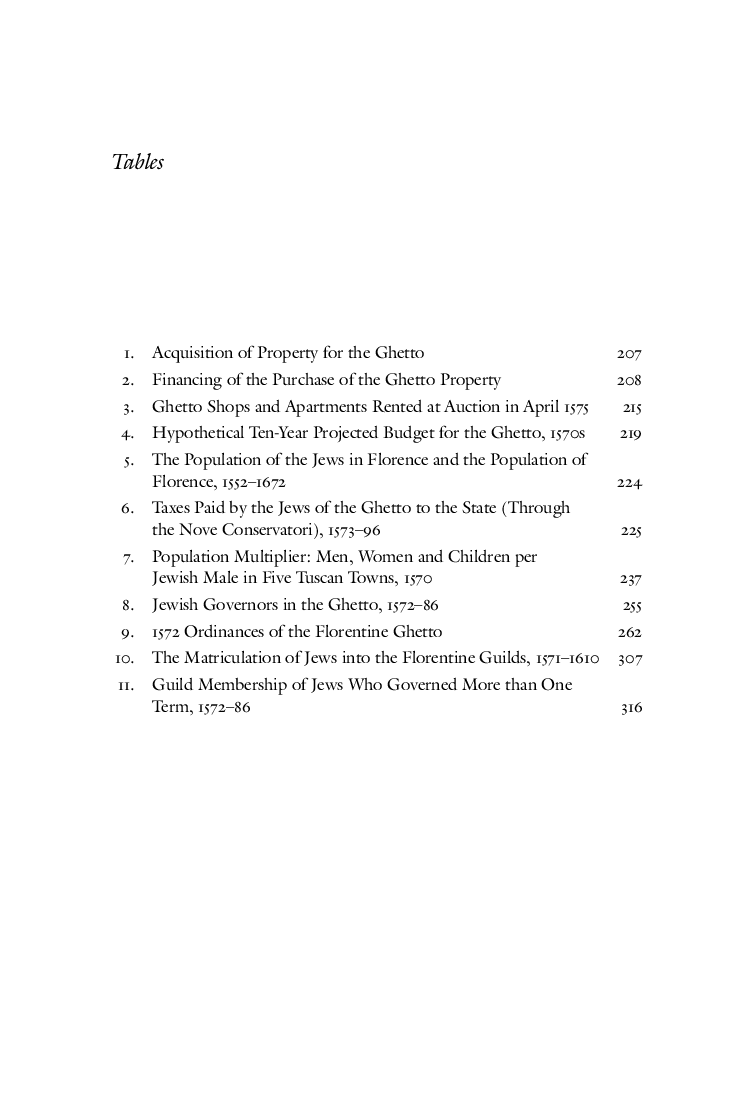