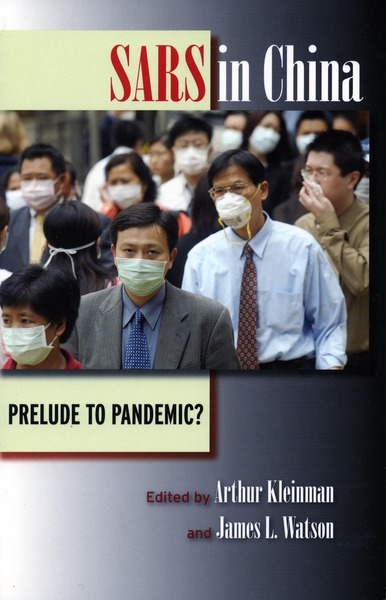 The SARS epidemic of 2003 was one of the most serious public health crises of our times. The event, which lasted only a few months, is best seen as a warning shot, a wake-up call for public health professionals, security officials, economic planners, and policy makers everywhere.

SARS in China addresses the structure and impact of the epidemic and its short and medium range implications for an interconnected, globalized world. Warnings from the World Health Organization (WHO) and the Centers for Disease Control and Prevention (CDC) made it clear that SARS may have been a prelude to bigger things. The authors of this volume focus on specific aspects of the SARS outbreak—epidemiological, political, economic, social, cultural, and moral. They analyze SARS as a form of social suffering and raise questions about the relevance of national sovereignty in the face of such global threats. Taken together, these essays demonstrate that SARS had the potential of becoming a major turning point in human history. This book forces us to ask what we have learned from SARS as we go on to face newer, and farther-reaching pandemics. The current case of the COVID-19 outbreak amplifies the urgency of this question, and illuminates the strengths and shortcomings of different national responses to such pandemics.

"SARS in China not only makes a significant contribution to China studies but also provides important clues about the state of preparation for global health challenges such as avian flu."

"This book has lined up a remarkable team of authors to try to answer the question: what can we learn from SARS before the next pandemic? And its value lies in the significant issues that it has highlighted." 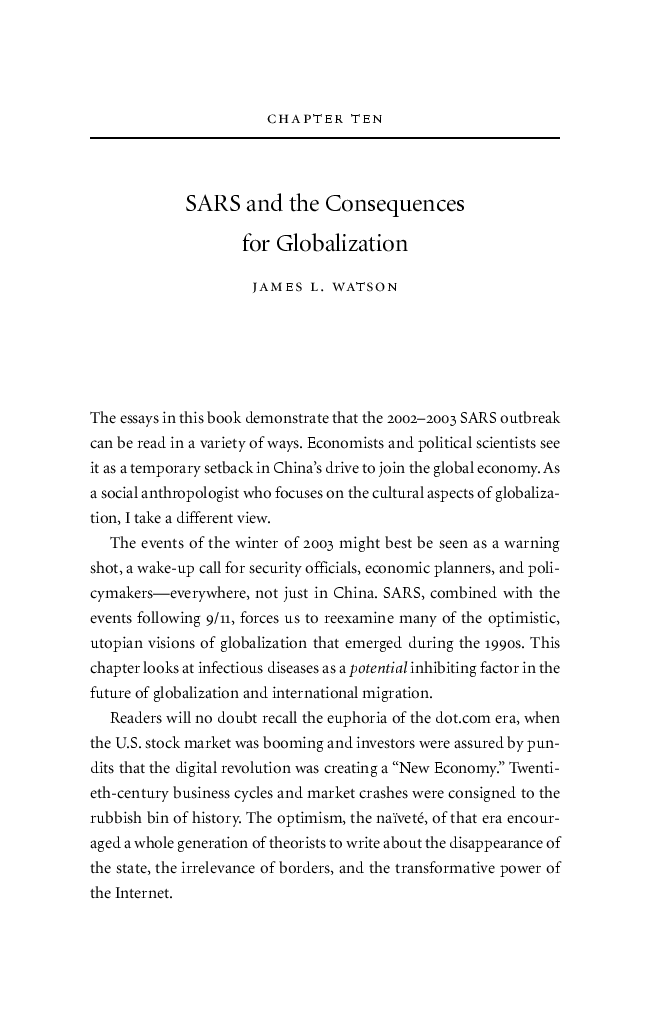 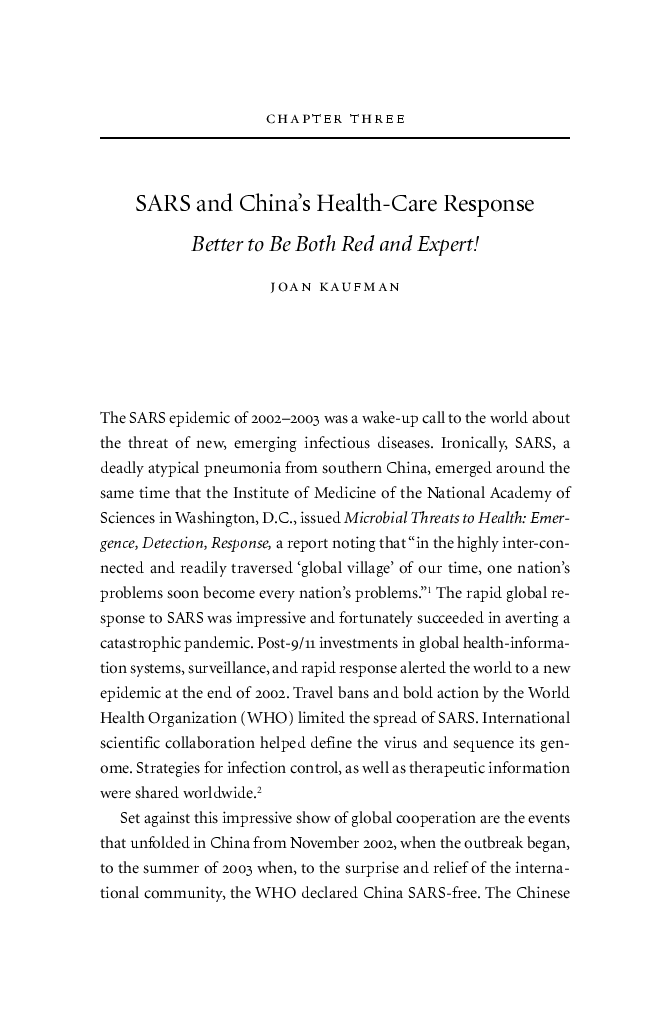 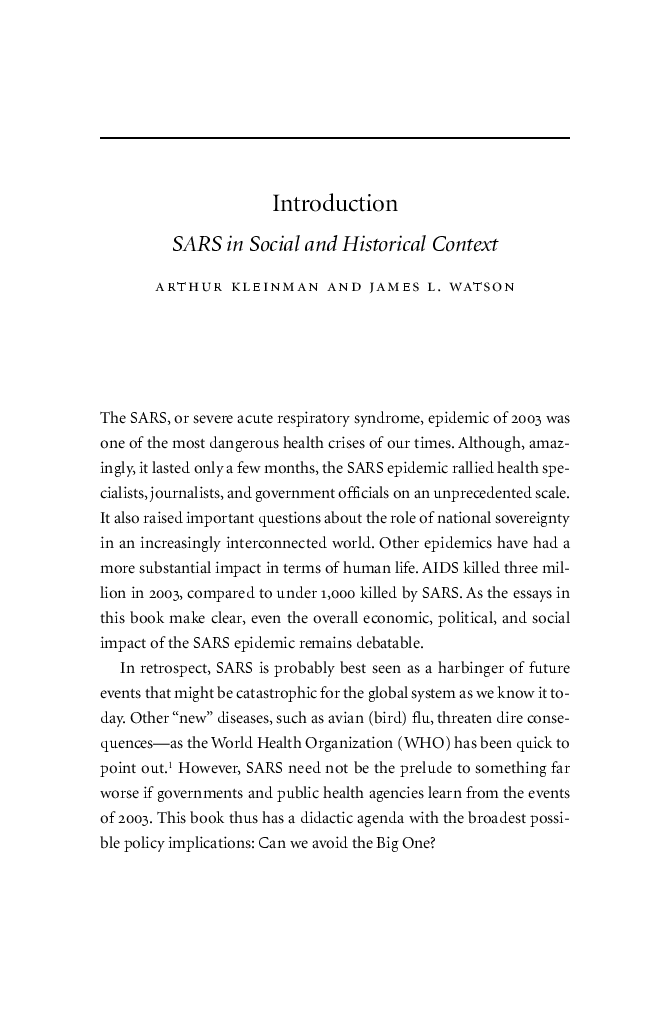 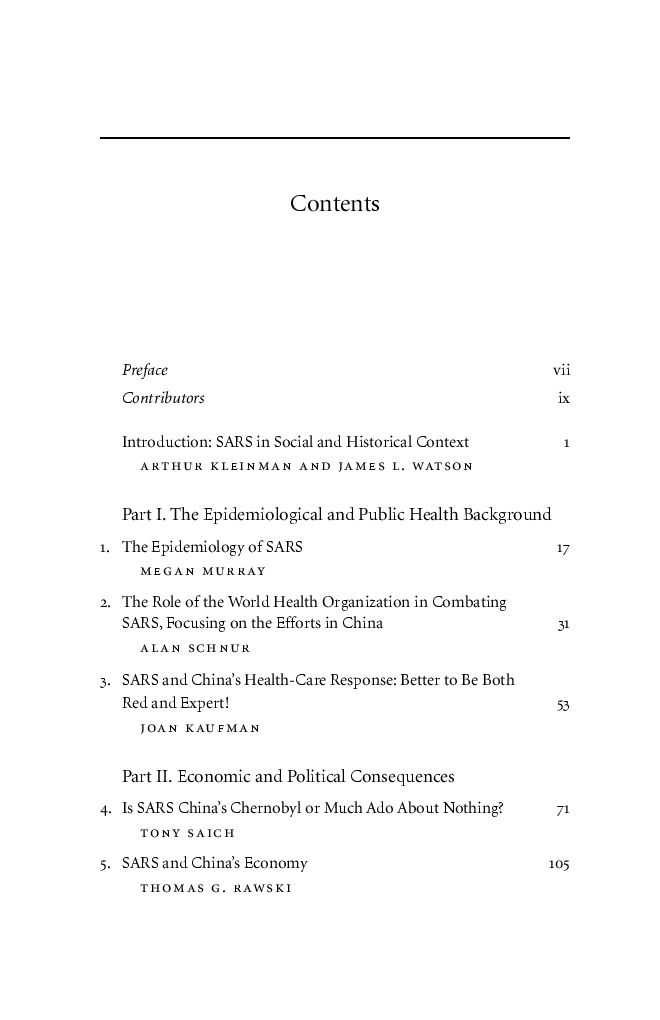