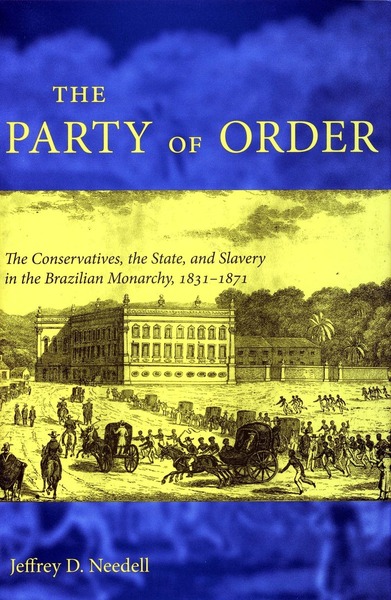 The Party of Order
The Conservatives, the State, and Slavery in the Brazilian Monarchy, 1831-1871
Jeffrey D. Needell

Winner of the 2007 Warren Dean Memorial Prize, sponsored by the Conference on Latin American History.

Co-winner of the the 2008 Roberto Reis Prize, sponsored by the Brazilian Studies Association.

This study analyzes Brazil's monarchy, which adapted European ideas and practices to a creole plantation society that was traditionally based on African slavery. It focuses upon the Conservatives, who represented the sugar and coffee elites in reconstructing the new nation's state as a strong, representative, constitutional monarchy in troubled times. After the monarch himself assumed power, however, his views undercut parliamentary and party government, which were also sapped by regional differences and the pressure for state patronage. Increasingly, the emperor and his cabinets used state patronage and state authority to dominate politics. When the emperor decided upon gradualist abolition, Conservatives were unable to defeat it, despite its unconstitutional origin and imposition and its threat to the society and economy they represented. The legacy of an authoritarian, centralized political culture survived; that of a representative, constitutional regime did not. This book dramatically revises notions of the monarchy in terms of the social and ideological origins and nature of the Brazilian state, the role of the monarch, and the range and complexity of elite politics in the era.

Jeffrey D. Needell is Associate Professor of Modern Latin American History at the University of Florida. He is author of A Tropical Belle Epoque: Elite Culture and Society in Turn-of-the-Century Rio de Janeiro (1987).

"Needell's monumental work on Brazil's second empire makes a major contribution to our understanding of the monarchy, slavery, imperial politics and the importance of ideology in Brazilian history. The product of many years of painstaking research, the book fills the longstanding need for a sophisticated political and ideological history of the period—a subject that languished too long in relative neglect. Needell has succeeded in bringing the world of imperial politicians to us in its many complexities. His judgments are sober and balanced, his analyses persuasive, and his extensive documentation a rich mine for further research. In sheer scope his examination of powerful political families, their kinship and clientage networks, and their roles in the history of parties and parliament makes this a foundational work for all subsequent scholarship on Brazil."

"This work is a very considerable contribution to our understanding of Brazil's emergence as a nation-state. It provides a historical explanation of why Brazil continues to be—almost two centuries after independence—highly hierarchical, conservative, and unegalitarian in terms of race, education and wealth. This book is no less valuable as a study of the emergence and the dynamics of party politics in Imperial Brazil."

"Needell has produced a detailed, elegantly written book about the Regency and most of the Second Empire...His lively narrative, judicious quotes, and thumbnail biographies make this both enjoyable and essential reading for historians of Brazil." 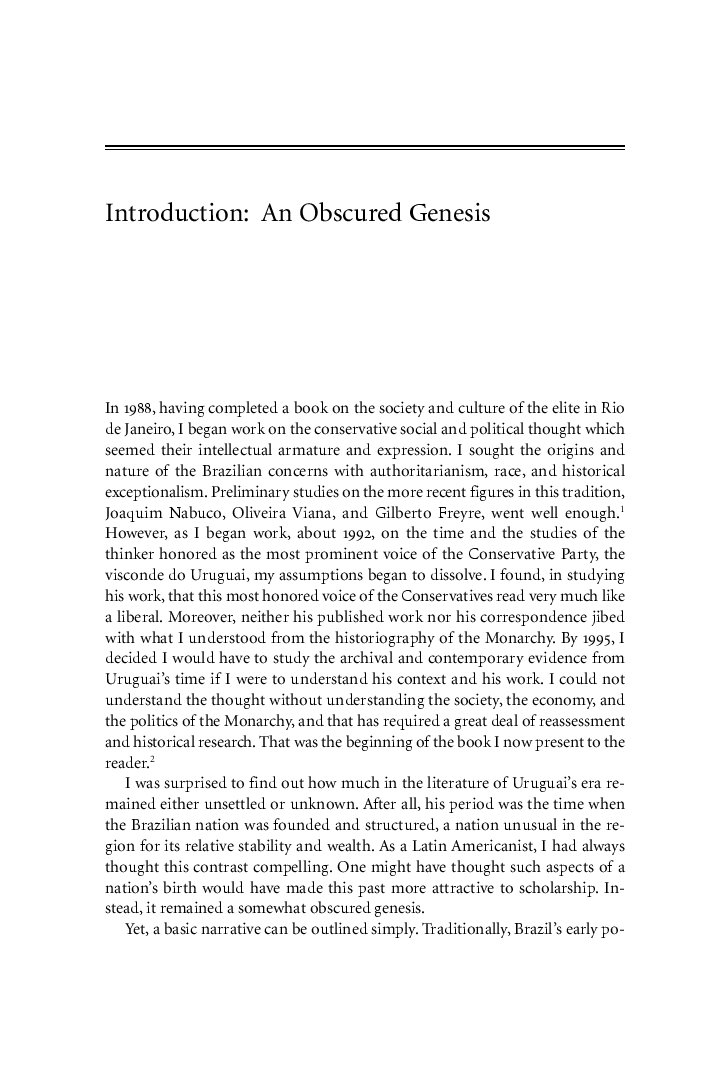 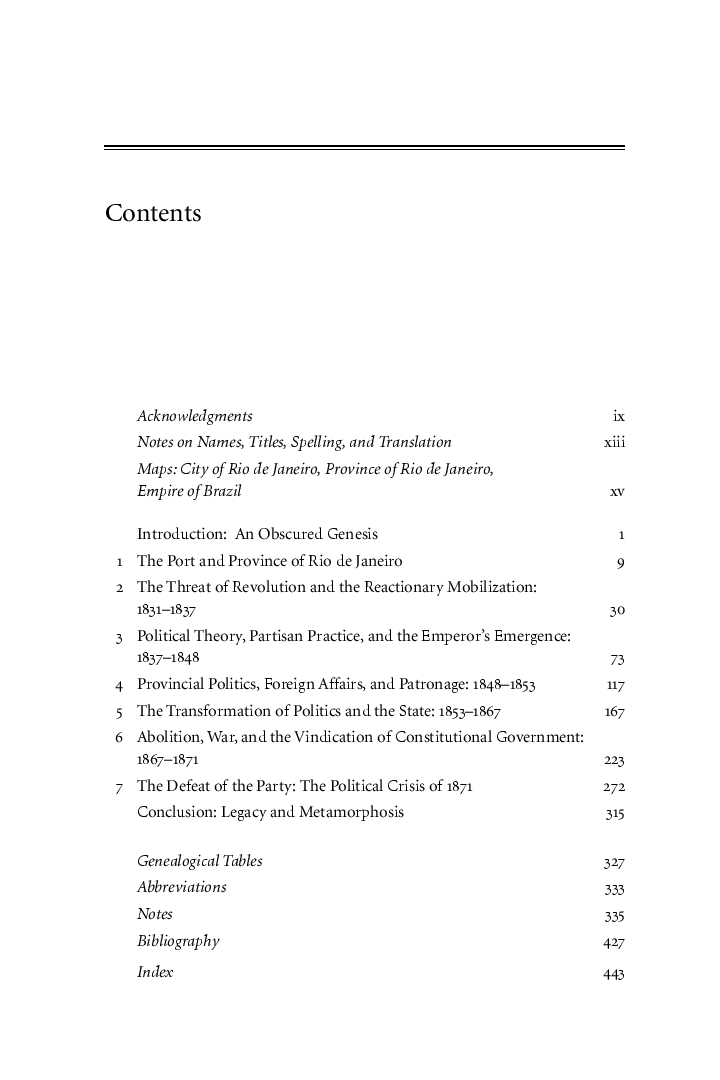