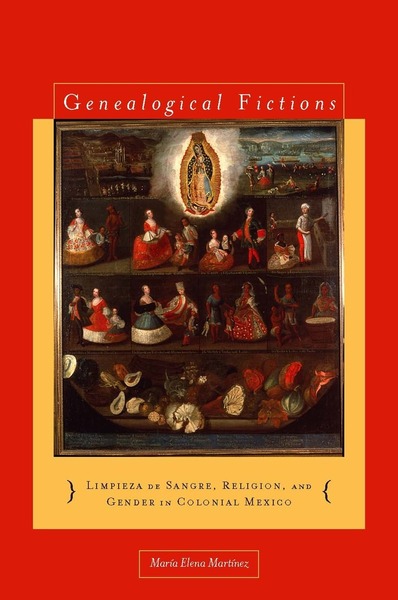 Winner of the 2009 James A. Rawley Prize in Atlantic History, sponsored by the American Historical Association.

Winner of the 2009 Mexican History Book Prize, sponsored by the Conference on Latin American History.

María Elena Martínez's Genealogical Fictions is the first in-depth study of the relationship between the Spanish concept of limpieza de sangre (purity of blood) and colonial Mexico's sistema de castas, a hierarchical system of social classification based primarily on ancestry. Specifically, it explains how this notion surfaced amid socio-religious tensions in early modern Spain, and was initially used against Jewish and Muslim converts to Christianity. It was then transplanted to the Americas, adapted to colonial conditions, and employed to create and reproduce identity categories according to descent. Martínez also examines how the state, church, Inquisition, and other institutions in colonial Mexico used the notion of purity of blood over time, arguing that the concept's enduring religious, genealogical, and gendered meanings and the archival practices it promoted came to shape the region's patriotic and racial ideologies.

María Elena Martínez is Associate Professor of History and American Studies and Ethnicity at the University of Southern California.

"This important and meticulously researched work takes on the historiography that argues that the modern Western conception of race had its origins in nineteenth-century scientific constructions of race as a biological category . . . This is an engaging and important work that is sure to attract the attention of historians and scholars from other fields working on issues of race, religion, gender, and colonial empires in Latin America, Europe, and the Atlantic World."

"This book provides detailed information about how ideas and information circulated across the Atlantic. Throughout the text, Martinez uses primary documents judiciously and well; particularly fascinating are the descriptions of the processing of probanzas in both local and transatlantic contexts."

"Genealogical Fictions is the first serious treatment in English of the origins of the sistema de castas and racial ideology in colonial Mexico. It problematizes unquestioned assumptions about limpieza de sangre—purity of blood—the foundation of the sistema de castas, through a reconstruction of the concept's transformations from its origins in early modern Spain to its adaptations in colonial Mexico. Martinez also has much to say about the development of Mexican society in the seventeenth century, a largely neglected period that is only now beginning to attract the attention of contemporary historians. This is an important and original work and a first-rate addition to the existing literature."

"Through a persuasive analysis of a vast array of archival and published sources, [Martinez] adds depth and complexity to our understanding of religious, cultural, and social framework and of the tensions and contradictions the fiction of limpieza de sangre created in its Mexican settings . . . Martinez's tour de force gives a new meaning to an important subject not seriously addressed previously and should be of great interest to scholars and students." 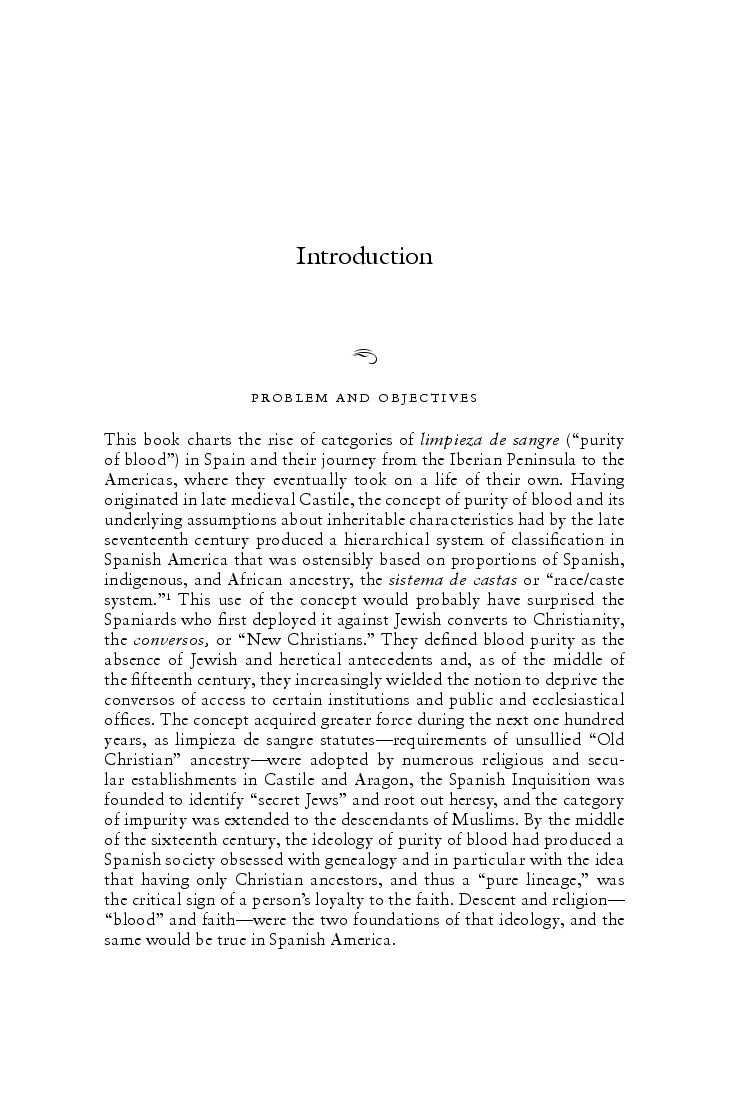 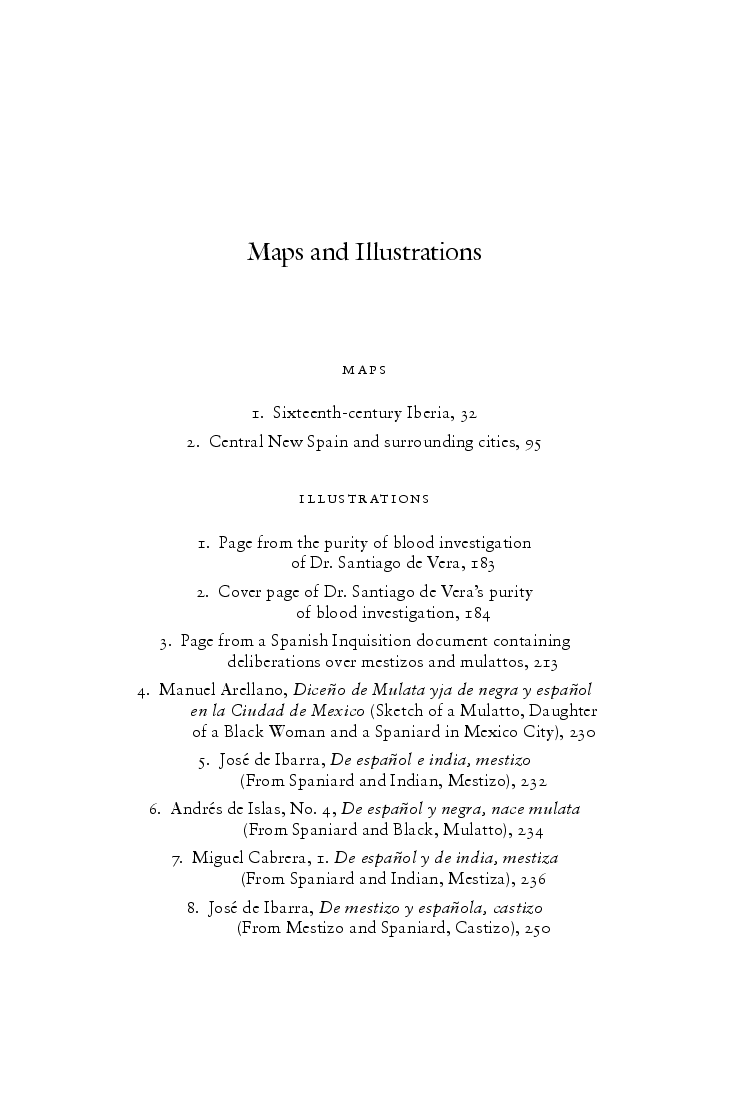 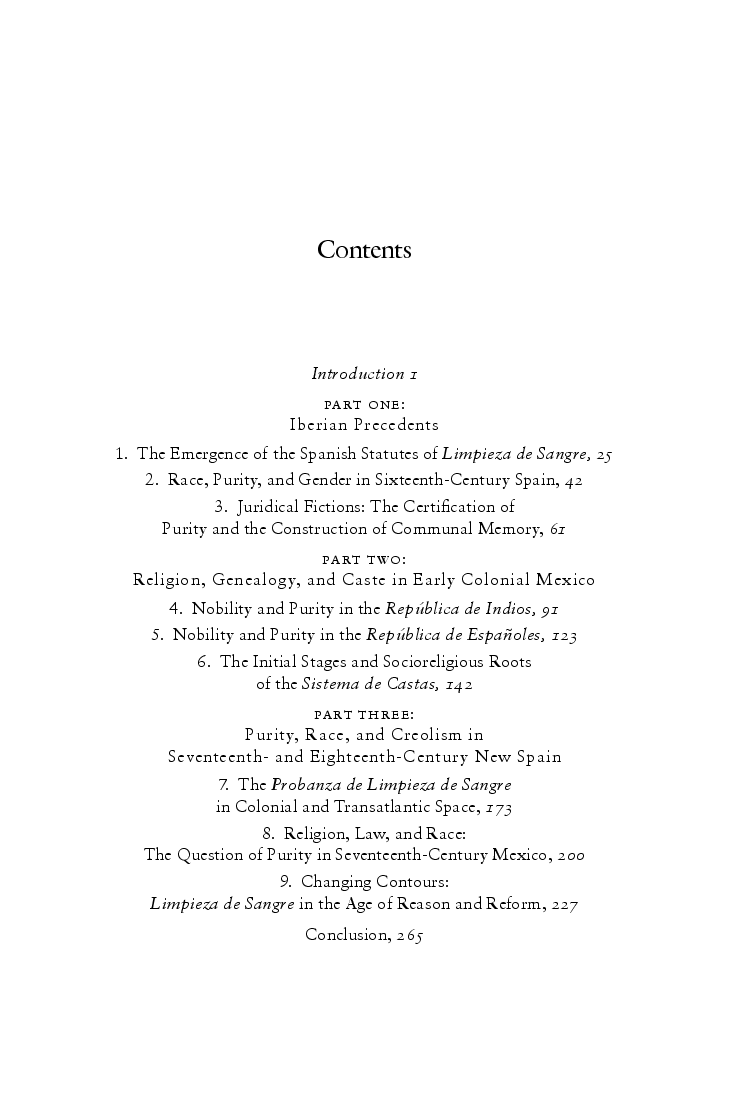