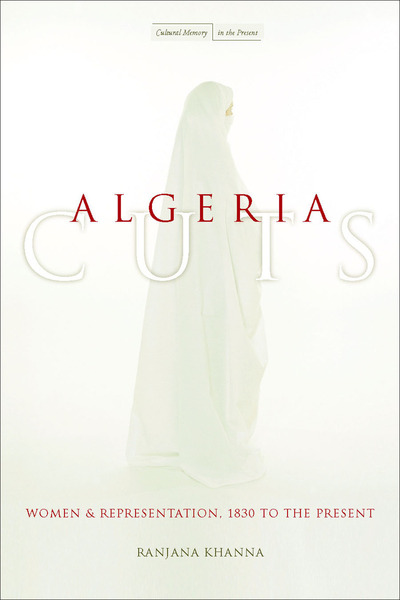 Algeria Cuts
Women and Representation, 1830 to the Present
Ranjana Khanna
SERIES: Cultural Memory in the Present

Algeria Cuts discusses the figure of woman, both under colonial rule in Algeria and within the postcolonial independent nation-state. It is an interdisciplinary project that spans fine art, film, colonial and legal policy, manifestos, prose fiction, and theoretical and philosophical texts concerning the relationship between France and Algeria. Khanna investigates gendered representation, identification, and justice, and in the process, calls into question the ways in which conventional disciplinary frameworks foreclose certain avenues of reflection while foregrounding others. Algeria Cuts seeks to understand Algeria and Algerian women as a philosophical site that facilitates an understanding of justice and the pursuit of feminism.

Ranjana Khanna is Associate Professor of English and Margaret Taylor Smith Director of Women's Studies at Duke University. She is the author of Dark Continents: Psychoanalysis and Colonialism (2003).

"Brilliantly argued and powerfully written, Algeria Cuts also benefits from a generous thirty images, an enigmatic cover by Zineb Sedira, and fifty pages of meticulous footnotes. It is a beautiful book as well as an urgent one, and a massive contribution to the postcolonial field, as well as to the emerging area of Algerian cultural studies."

"Algeria Cuts is a timely and challenging reflection on how women elude and confound direct representation in literature, the arts, politics, law, and justice under conditions deeply inflected by colonialism and its aftermath. Pursuing the implication of this representational disruption for an ethics and a practice of transnational feminism, Khanna meticulously resists disciplinary strictures and the predictable conclusions they yield. Her analyses of mock trials, film, painting, manifestos, prose fiction and installations illuminate the multifarious junctures where gender disturbs representation in Algerian texts and contexts. While the focus here is on Algeria, this important book's insights and novel interdisciplinary method reach well beyond its immediate context."

"In this multidisciplinary book, Khanna describes the ways in which women have been represented in Algerian history, from the onset of French colonialism in 1830 until today Khanna knows the history, relates it engagingly, and describes human events movingly."

"Khanna evokes an inspiring imagery and provides a solid theoretical discussion for the book's gender perspective." 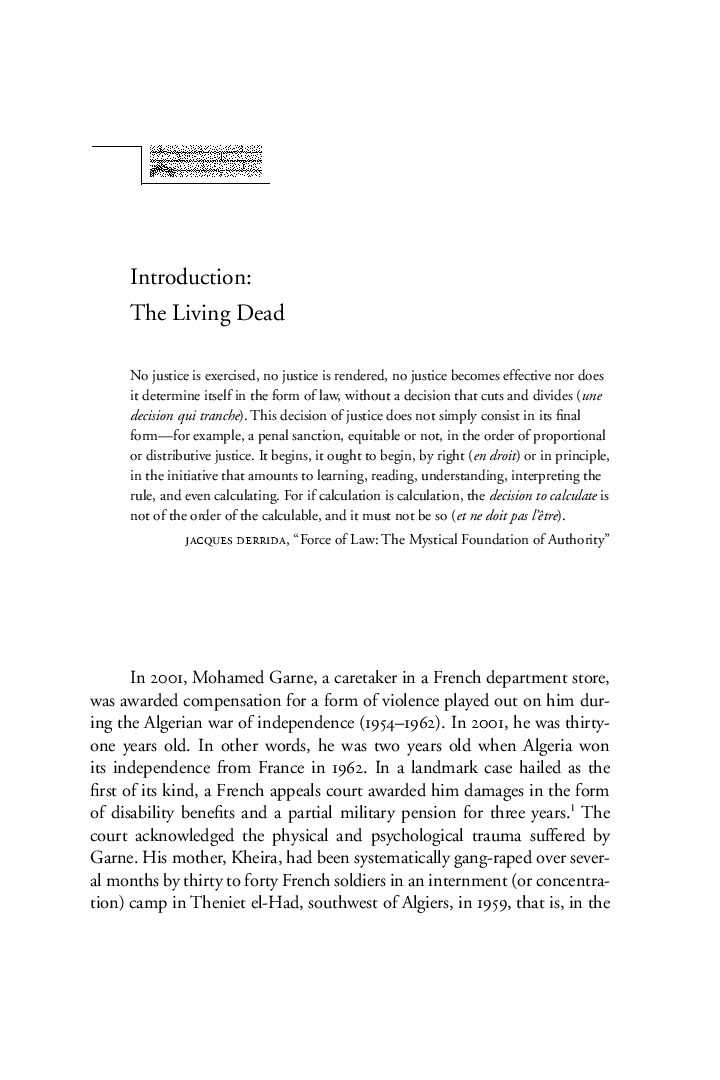 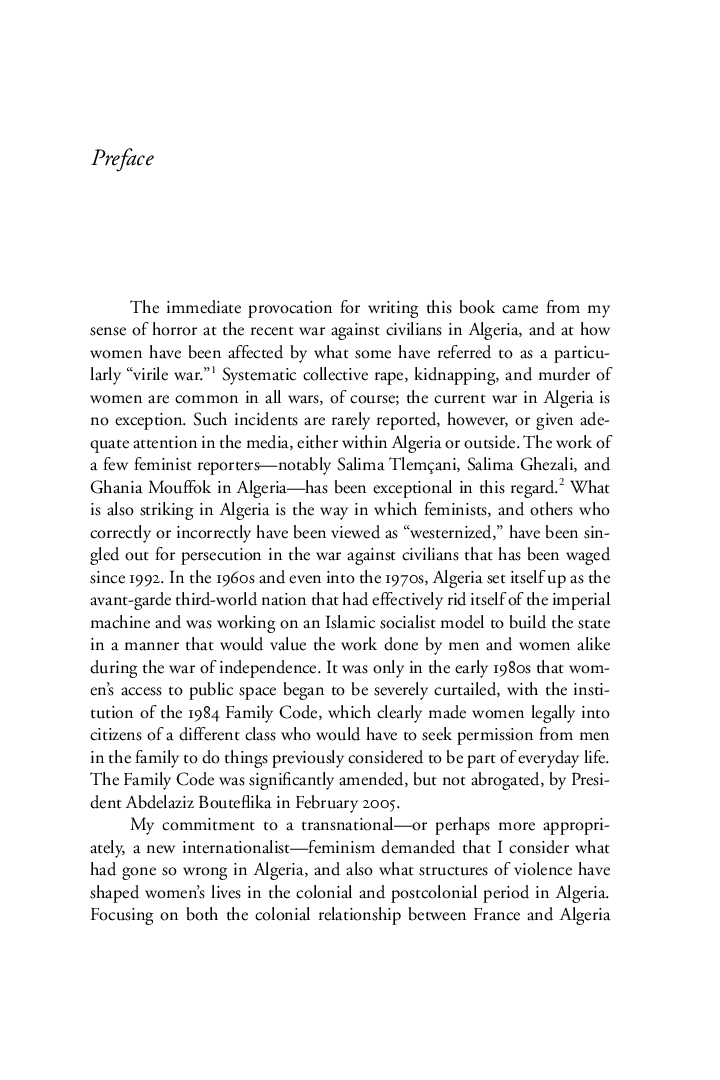 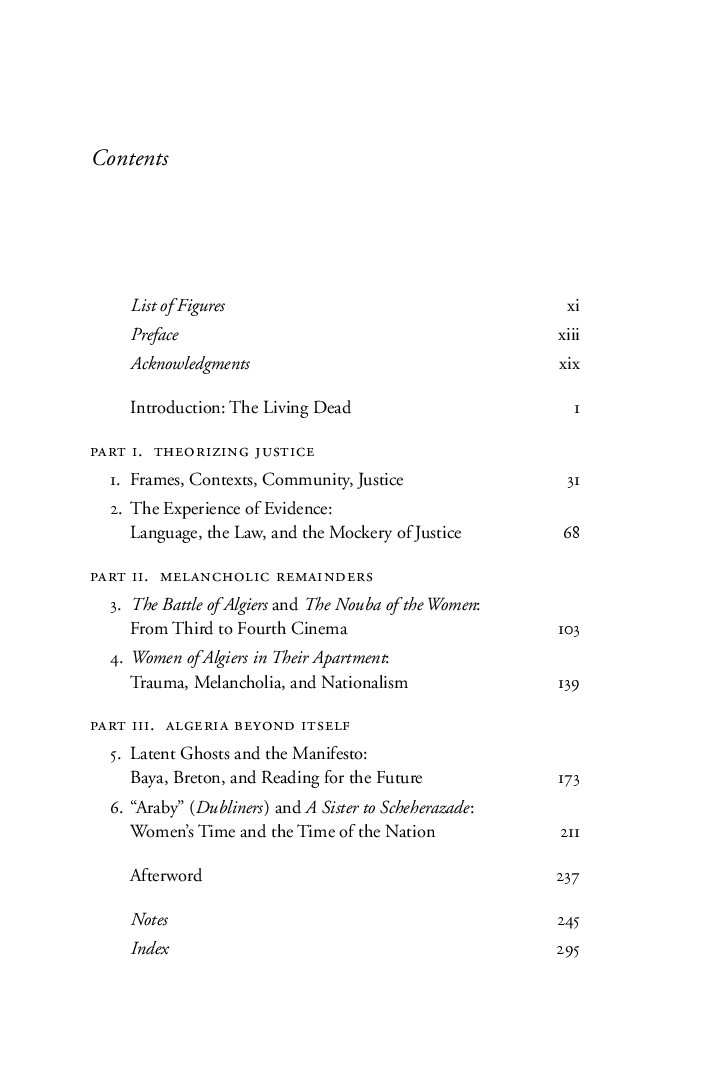