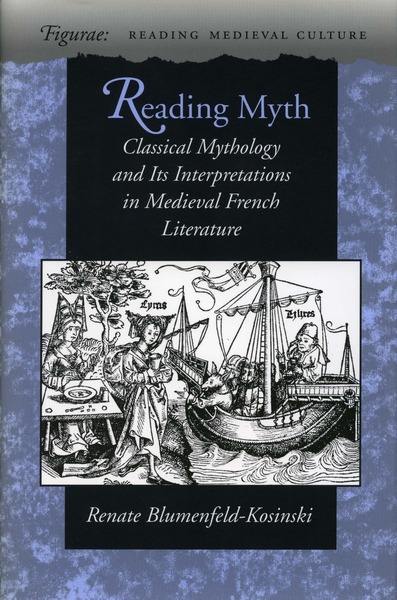 This book explores the appropriation and transformation of classical mythology by French culture from the mid-twelfth century to about 1430. Each of the five chapters focuses on a specific moment in this process and asks: What were the purposes of transforming classical myth? Which techniques did poets use to integrate classical subject matter into their own texts? Was a special interpretive tradition created for vernacular texts?

In Chapter 1, the author shows how Latin epic texts were reoriented for political purposes in the twelfth-century Anglo-Norman realm, gaining new depth by the addition of Ovidian elements that evoked threats of a disorder different from the struggles of classical epic. Chapter 2 analyzes the complex use of myth in the thirteenth-century Roman de la Rose, which offers new conjunctions and interpretations of myths related to language, artistic expression, and sexuality. Chapter 3 focuses on the interpretive techniques and vocabulary of the fourteenth-century Ovide moralisé, such as "allegory," "fable," and istoire, arguing that the Christianization of the Metamorphoses created a "new Ovid" in the form of a fourteenth-century friar.

Chapter 4 reveals that, although Guillaume de Machaut questioned the usefulness of mythic fables, he turned to them to invoke artistic consolation and ward off threats to his poetic voice. It also describes how Jean Froissart produced new myths by combining existing fables with newly invented elements in an attempt to dramatize the poetic creativity of his age. Finally, Chapter 5 demonstrates how Christine de Pizan offered the full range of medieval possibilities for myth: playing with the mythographic tradition, inscribing herself into Ovidian myths, offering historical explanations, rewriting myths from a pro-woman stance, and finally creating mythic universes of her own.

"This innovative book . . . combines detailed readings of a wide textual corpus with a sophisticated awareness of the theoretical and methodological issues, and the scholarship is characterized at once by analytic rigor and interpretive flair."

"Comprehensively documented, clearly written, and logically...structured, Reading Myth is obviously the work of a gifted teacher and passionate reader of medieval French myth and literature whose articles have already added much to our understanding of these and related topics."