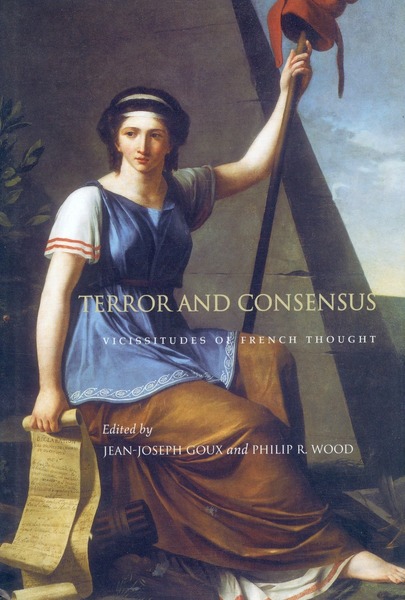 This volume of twelve essays focuses on two interrelated issues. First, it addresses the historical and cultural determinants that have given rise to what frequently has been described as “the French exception,” the unusually conflictual French political process inherited from the revolutionary past in the eighteenth and nineteenth centuries and its accompanying avant-gardism in artistic, literary, and philosophical practice, both of which distinguish France from other European countries.

Second, the contributors assess the exhaustion of this tradition in recent years—noted prominently on the occasion of the celebration of the bicentennial of the Revolution in 1989—in a progressive “normalization” of French society that has been the final outcome of the liquidation of the colonial empire, the collapse of Marxism as a social force, and the integration of France into the European Union.

“It is the singular virtue of this superb collection that it refuses to dismiss the terms ‘terror’ and ‘consensus’ as simple rhetorical posturing, using them instead to dig deep into the debates that structure the current Franco-American critical scene.” —Peter Starr, University of Southern California