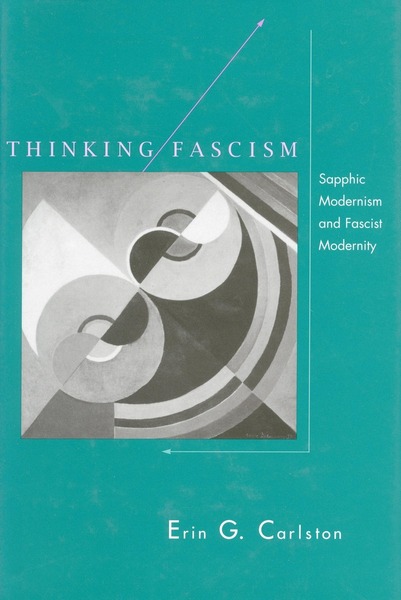 Thinking Fascism analyzes three works by women writers—Djuna Barnes's Nightwood (1936), Marguerite Yourcenar's Denier du rêve (1934), and Virginia Woolf's Three Guineas (1938)—that engage, directly or indirectly, with fascist politics and ideology. Through these analyses, the author explores the conjunction between fascism and other forms of modernity, and refines the discussion about the relationship between women intellectuals and the various aesthetic and ideological practices collected under the names of modernism and facism.

Until recently, much theoretical work on fascism has represented fascist thought as radically different from and inimical to non-fascist thought, and feminist criticism has further assumed that women intellectuals—especially the sexually marginal women sometimes grouped as the "Sapphic Modernists"—were necessarily antagonistic to fascist ideologies. In contrast, the author argues that Western intellectuals of both genders and all political persuasions were preoccupied in the 1930's with the commodification of culture and sexuality, the erasure of liberal bourgeois concepts of the individual and the work of art in mass society, and the failure of social institutions to provide transcendence and immediacy in the face of these transformations. By demonstrating that women writers like the Sapphic Modernists and conservative or fascist male modernists often articulated very similar conceptions of these problems, this book suggests that fascism cannot be posed as the absolute other of non- or even anti-fascist politico-cultural discourses in the interwar period.

"Carlston's brilliant and unnerving book places three writers in the context of European fascism between the world wars."

"Carlsotn's study of fascist ideology is both cautionary and compelling, a valuable contribution to the cultural and intellectual history of our century."

"This work makes an important contribution to studies of the 'gender of modernism' and the relation between modernism and fascism, as well as of the individual authors examined. Carlston's ability to present a sweeping panorama of the preoccupations, theories, fears, and phantasms of both the find de siecle and the fascist period is remarkable, and she is and astute analyst of cultural symptoms and the ideological implications of rhetorical strategies as these are deployed in political argument as well as in literary texts."