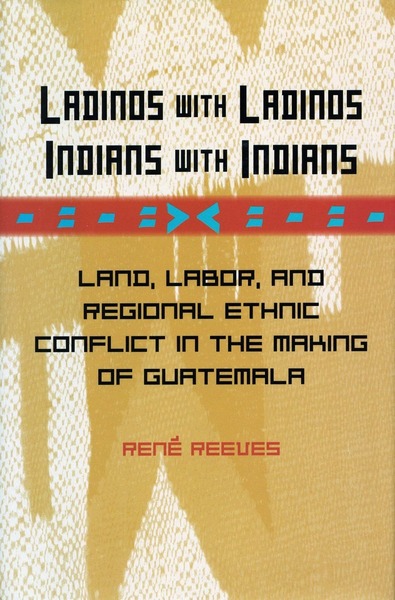 Ladinos with Ladinos, Indians with Indians
Land, Labor, and Regional Ethnic Conflict in the Making of Guatemala
René Reeves

In the late 1830s an uprising of mestizos and Maya destroyed Guatemala's Liberal government for imposing reforms aimed at expanding the state, assimilating indigenous peoples, and encouraging commercial agriculture. Liberal partisans were unable to retake the state until 1871, but after they did they successfully implemented their earlier reform agenda. In contrast to the late 1830s, they met only sporadic resistance. Reeves confronts this paradox of Guatemala's nineteenth century by focusing on the rural folk of the western highlands. He links the area of study to the national level in an explicitly comparative enterprise, unlike most investigations of Mesoamerican communities. He finds that changes in land, labor, and ethnic politics from the 1840s to the 1870s left popular sectors unwilling or unable to mount a repeat of the earlier anti-Liberal mobilization. Because of these changes, the Liberals of the 1870s and beyond consolidated their hold on power more successfully than their counterparts of the 1830s. Ultimately, Reeves shows that community politics and regional ethnic tensions were the crucible of nation-state formation in nineteenth-century Guatemala.

"This ambitious and thought-provoking monograph... should be read by students and scholars of nineteenth-century Latin America as a provocative, though not yet definitive, interpretation of Guatemala's tumultuous nation-building experience."

"Based on prolonged research in multiple regional archives, this book offers an innovative perspective on nineteenth-century politics, nationalism, and state formation. Mixing together quantitative statistical analysis with qualitative textual interpretation, the author offers an important contribution to a number of conceptual problems: gender relations, race and national identity, gendered economic activity, the relationship of debt labor to capitalist transformation, and the commodification of property relations."

"This book presents new research that throws significant light on old questions, and the scholarship of the work is excellent. This is an exceedingly important contribution to Central American history." 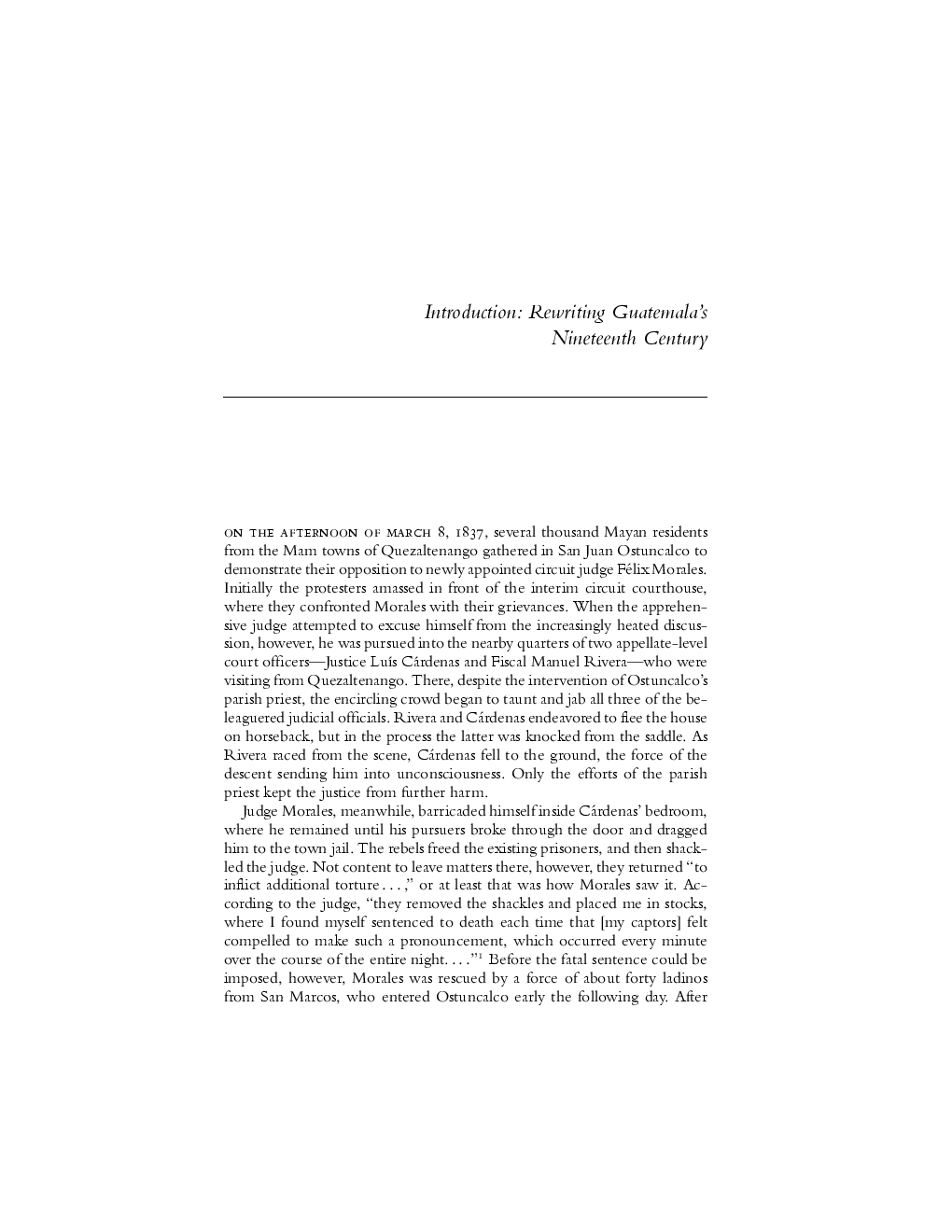 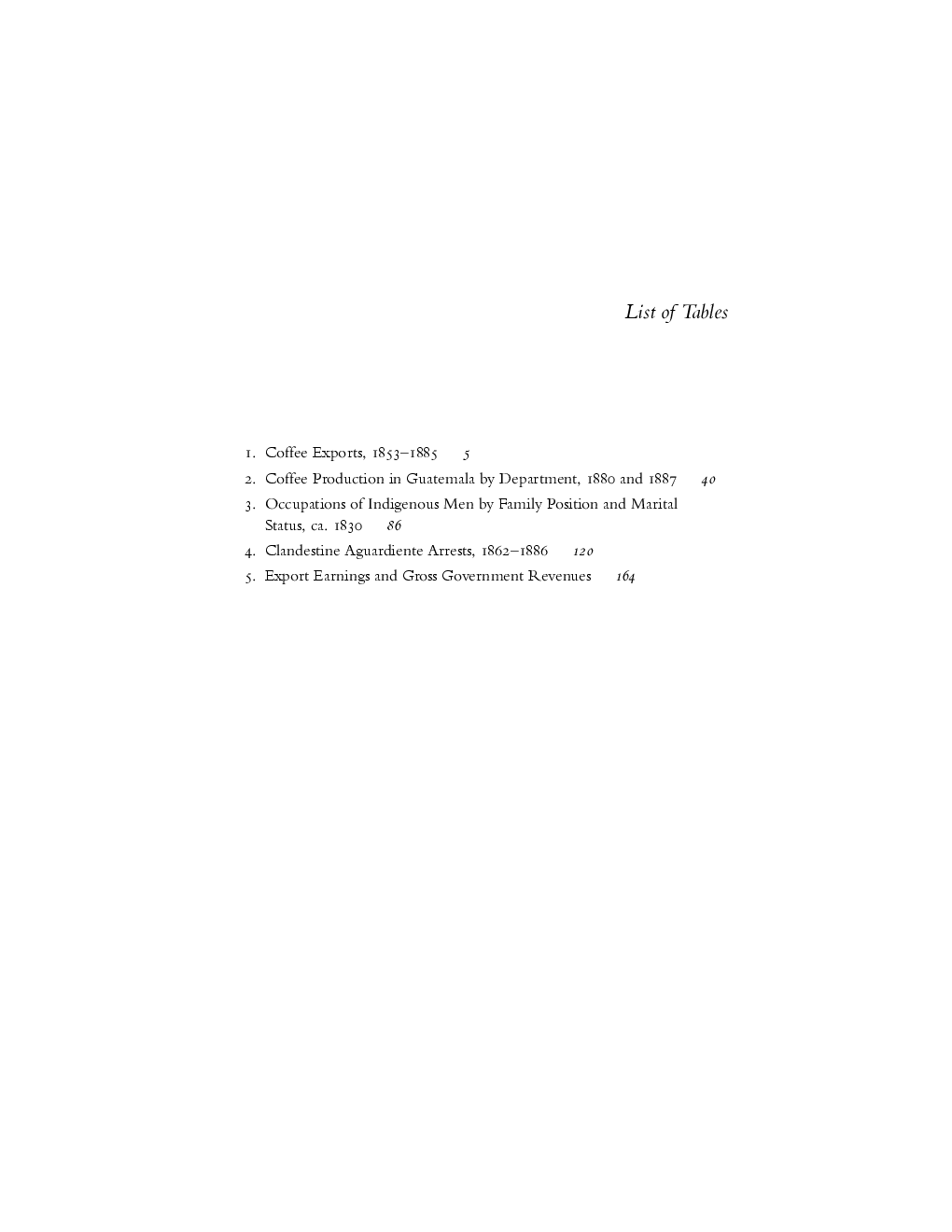 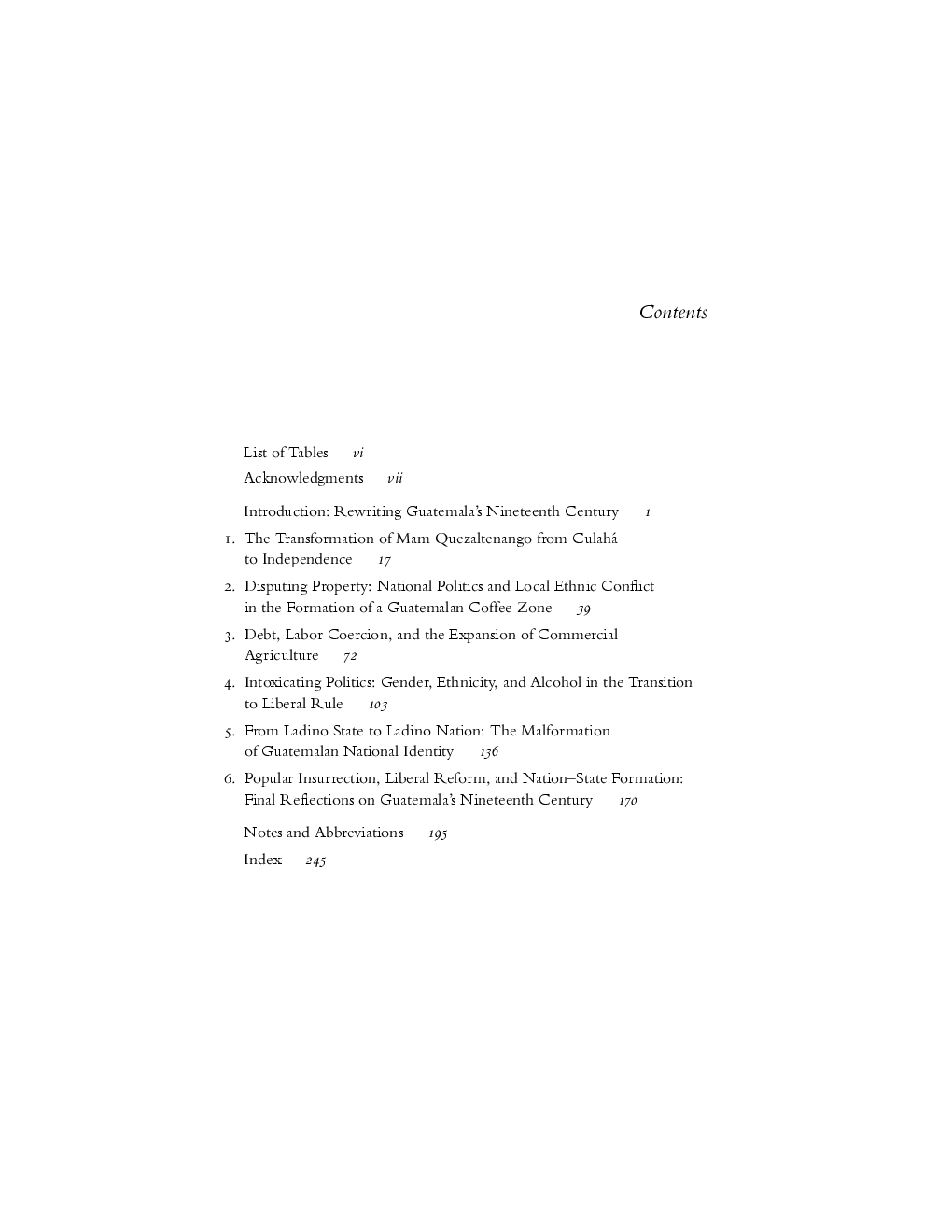