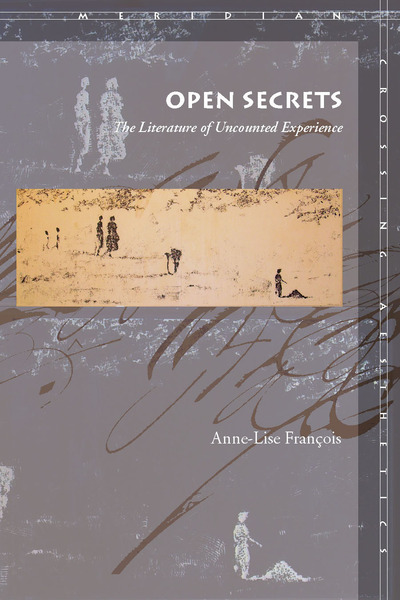 Winner of the 2009 René Wellek Prize, sponsored by the American Comparative Literature Association.

Open Secrets identifies an ethos of affirmative reticence and recessive action in Mme de Lafayette's La Princesse de Clèves (1678), Jane Austen's Mansfield Park (1814), and poems by William Wordsworth, Emily Dickinson, and Thomas Hardy. The author argues that these works locate fulfillment not in narrative fruition, but in grace understood both as a simplicity of formal means and a freedom from work, in particular that of self-concealment and self-presentation. Declining the twin pressures of self-actualization and self-denial defining modernity's call to make good on one's talents, the subjects of the "literature of uncounted experience" do nothing so heroic as renounce ambitions of self-expression; they simply set aside the fantasy of the all-responsible subject. The originality of Open Secrets is thus to imagine the non-instrumental without casting it as a heavy ethical burden. Non-appropriation emerges not as what is difficult to do but as the path of least resistance. The book offers a valuable counterpoint to recent anti-Enlightenment revaluations of passivity that have made non-mastery and non-appropriation the fundamental task of the ethical subject.

Anne-Lise François is Associate Professor of English and Comparative Literature at the University of California, Berkeley.

"Open Secrets is a profoundly original and exquisitely written book, one of the most important publications in its field in many years. Anne-Lise François develops here an idiom that can help us attend to the quiet mystery of literary experience—an experience that claims us but makes no demand on us, and retreats from any demand we address to it. Carefully distinguishing her concerns from those of deconstruction, new historicism, and other critical positions, and engaging relevant aspects of the thought of many theorists of desire, representation, and subjectivity, François elaborates a critical perspective that at once seeks to remain faithful to literary instances of "event-less experience," yet also teaches us how much can be said in the proximity of such moments."

"The dazzling analyses on display in Open Secrets are so original and far-reaching that, taken together, they constitute something like a new paradigm for literary study. Attentive to the unattended and the inconspicuously significant, Francois teases out the real dynamics in one resonant example after another, in the lyric and the novel. An altogether singular achievement that will be reckoned with for years to come."

"Reader, beware: this ambitious book aims to change our entire literary-critical perspective. Its 'mirror of steel uninsistence' (to adapt Marianne Moore's phrase) brings out in the poets and novelists discussed the non-teleological aspects of their work, the incidence of 'non-emphatic revelation,' the presence of an 'open secret' attributed by Goethe to Nature itself. In seeking to change a mode of discourse, by shifting its terminological axis from action to a contemplative and passionate recessiveness, Francois makes us see a counterplot to fiction's 'powers of plot,' so that evanescence, and even inconsequence, are given their weight, or more precisely a 'weightless gain.' It is a book no reader concerned about the 'nothingness' of literary reflection can lightly pass by."

"The greatest merit of Open Secrets is the way in which its attention to the intrinsic sufficiency of minimal experiences allows us to appreciate the continuity between many of the dominant critical paradigms in postmodern thought and Enlightenment models of action-as-production Francois's readings of literature not only reveal a stunning capacity to concentrate on formal details, but also to manage to put forward interpretations that future critics of the works in question will likely have to contend with for a long time to come." 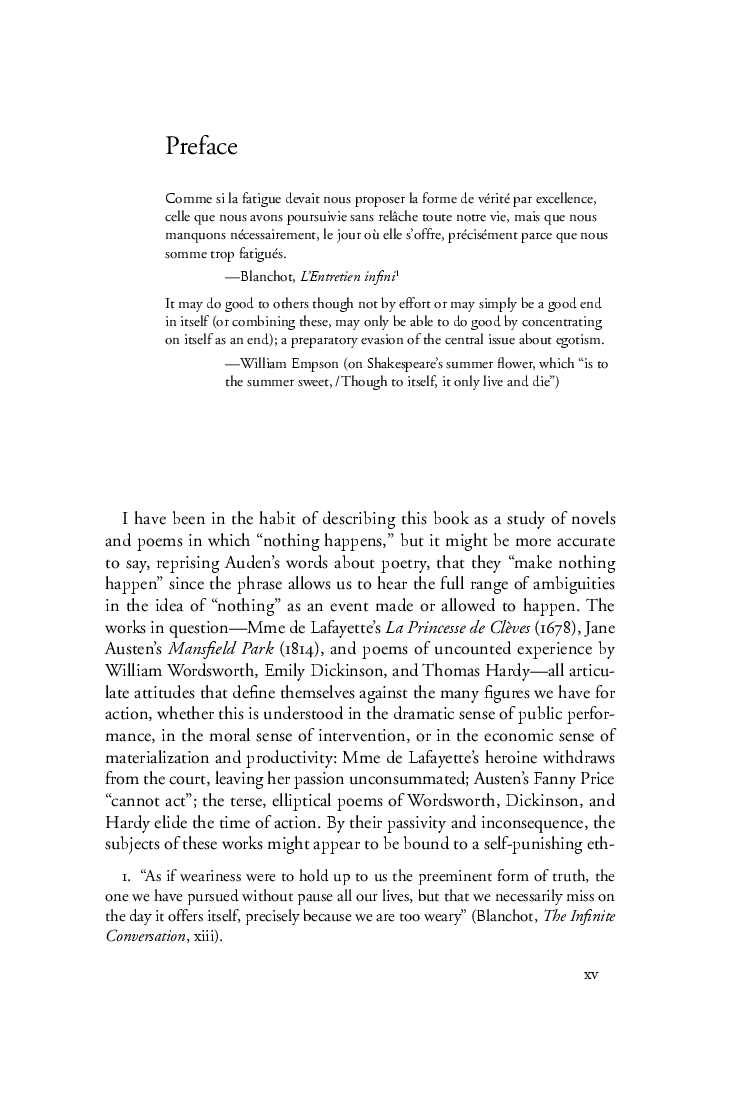 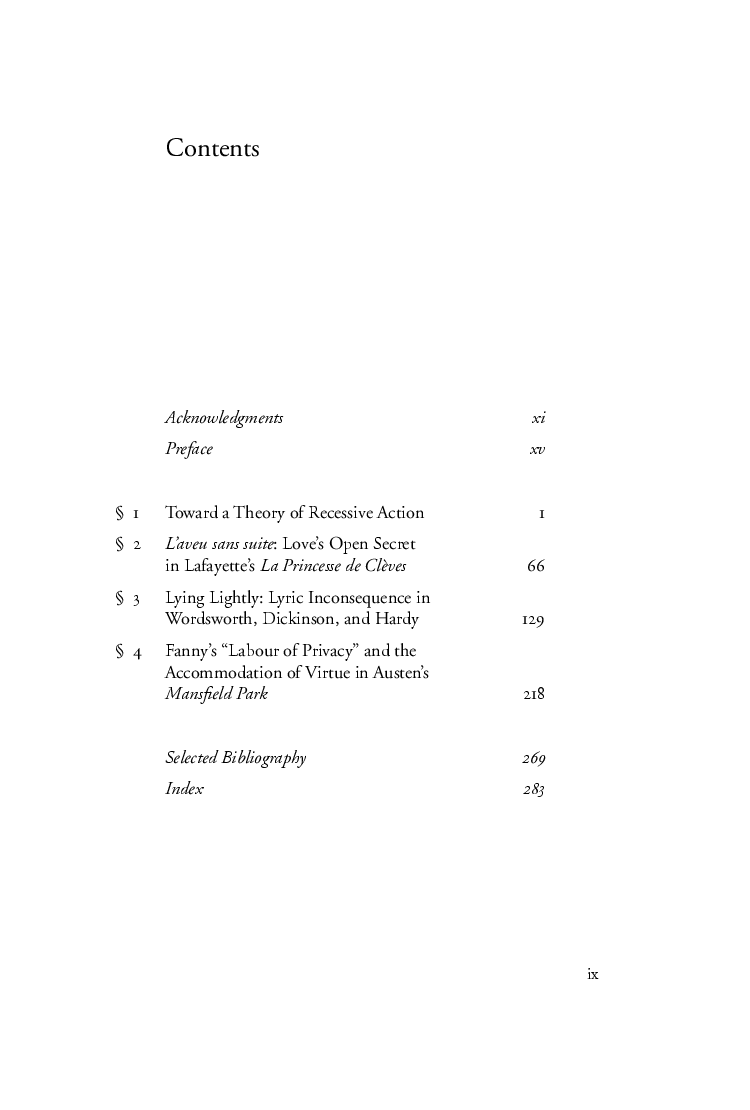