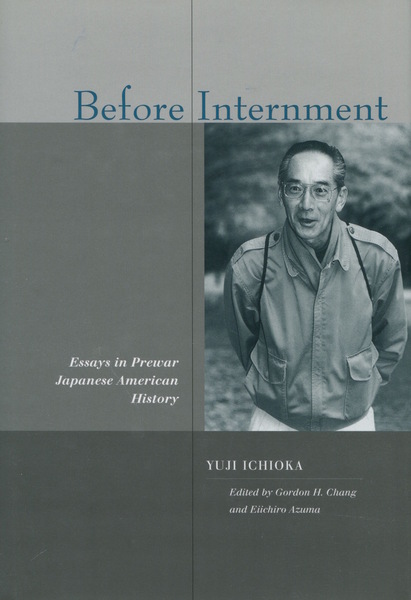 Honorable Mention in the 2006 AAAS Book Award, sponsored by the Association for Asian American Studies.

Ichioka draws from original sources in Japanese and English to offer an unrivaled picture of Japanese Americans in these years. Also included in this volume are an introductory essay by editor Eiichiro Azuma that places Ichioka's work in Japanese-American historiography, and a postscript by editor Chang reflecting on Ichioka's life-work.

The late Yuji Ichioka was the founding father of the scholarly study of Japanese-American history. His book on the immigrant generation in America, The Issei: The World of the First-Generation Japanese Immigrants, 1885-1924 (1988), is considered a classic. He invented the term Asian American, and trained many of the scholars now teaching Asian American history at colleges and universities.

"Yuji Ichioka invented the term "Asian American..." This posthumous collection of essays—most of which were selected by Ichioka for a book project similar to his first book, Issei—takes a good look at where Ichioka came from as a scholar and activist, and... offers a new window on Japanese history, and the relationship between the government and overseas Japanese. Several of these chapters would work very well in immigration or ethnic studies courses, and the whole should be required reading for graduate students and scholars interested in the past or future of Asian American studies."

"Ichioka's ability to comprehend the complexity of the situation raises many fresh, thought-provoking quesitons in a field that appeared near saturation point."Japanese Studies 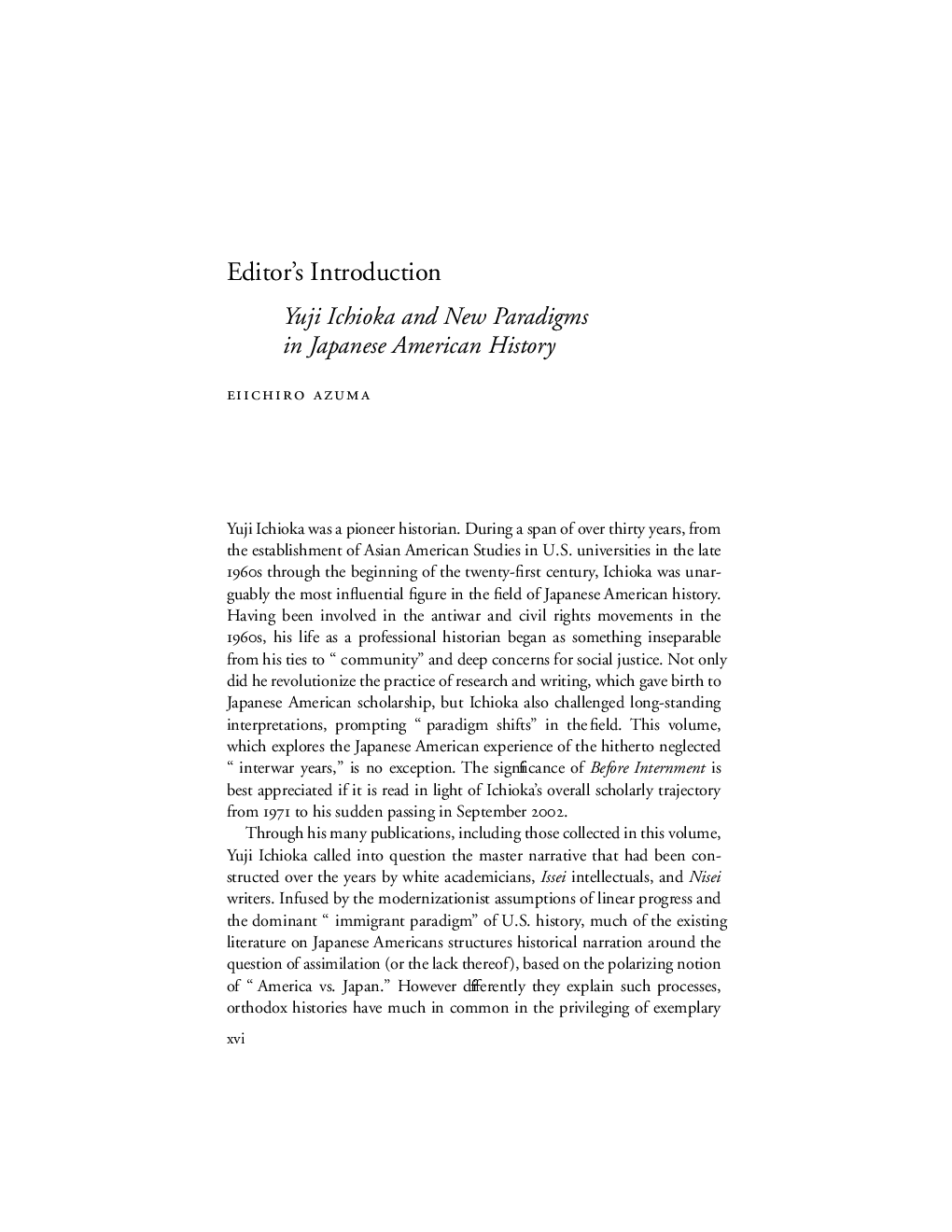 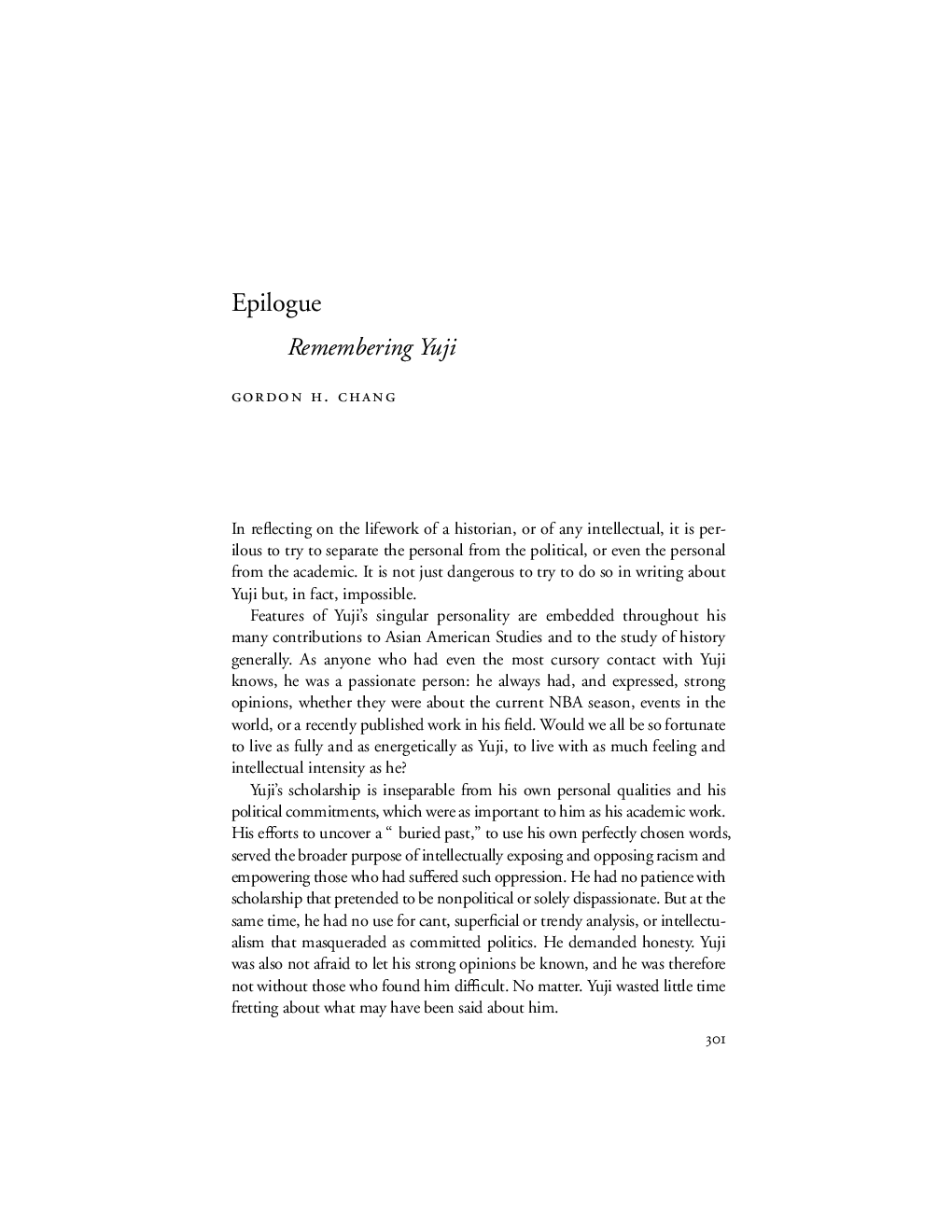 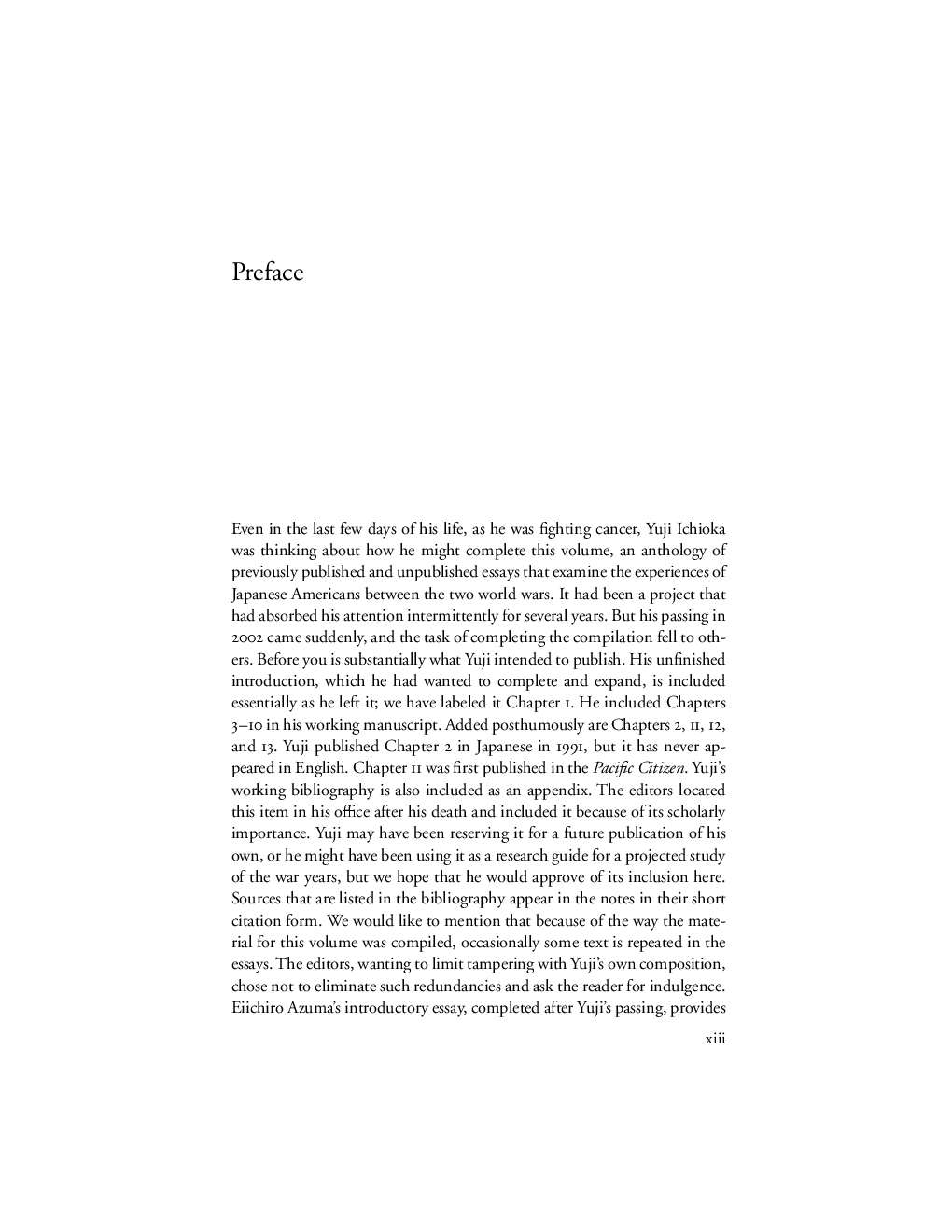 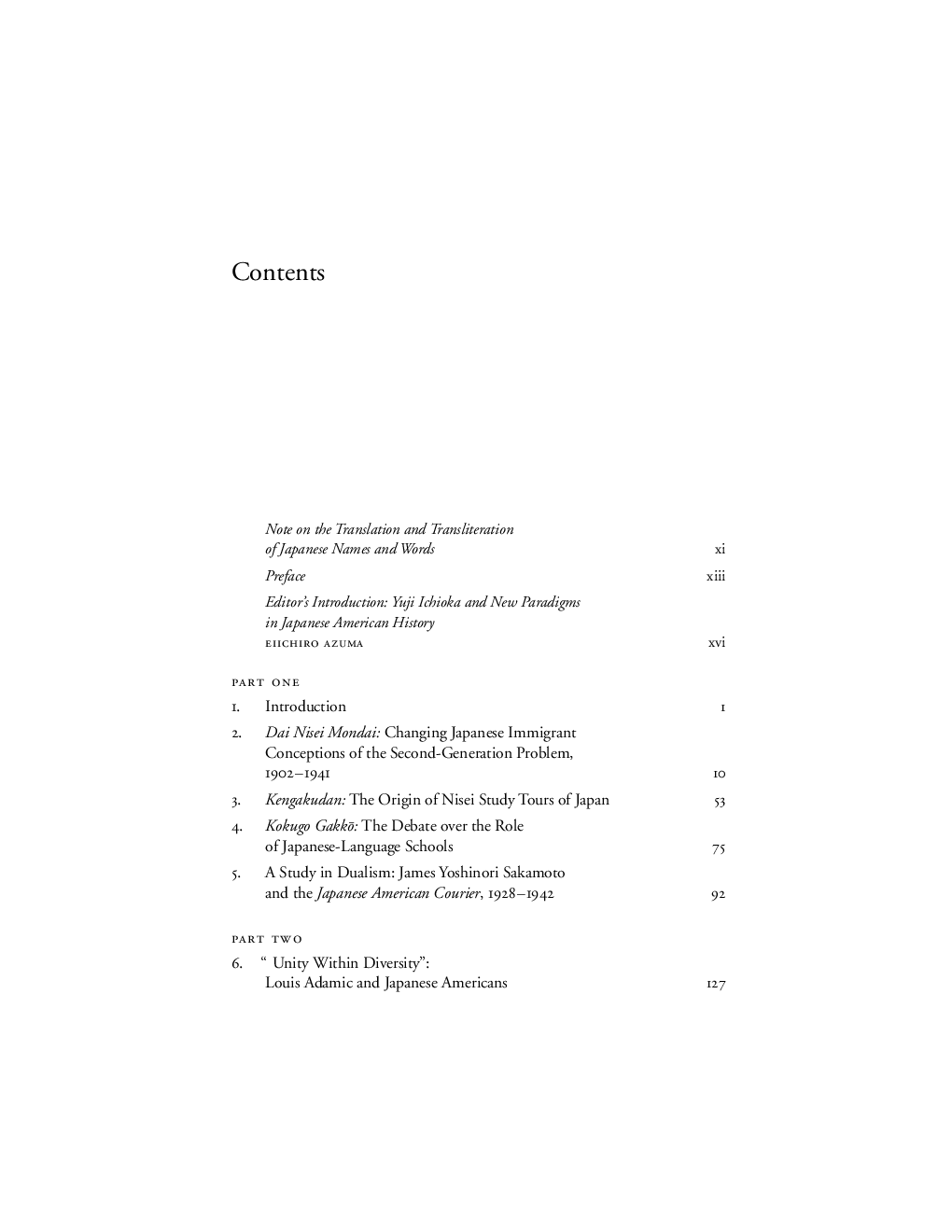