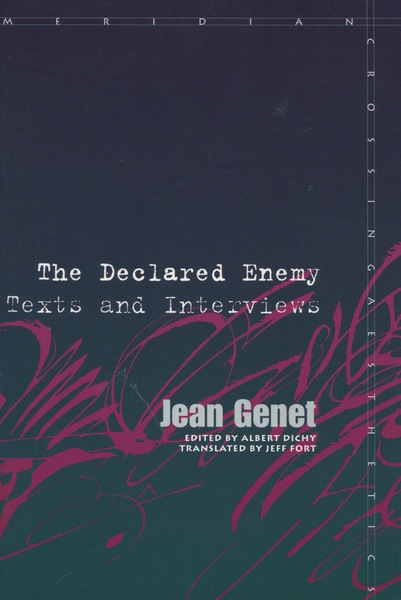 This posthumous work brings together articles, interviews, statements, prefaces, manifestos, and speeches dating from 1964 to 1985 (just before Genet's death in 1986). These texts bear witness to the many political causes and groups with which Genet felt an affinity, including May ’68 and the treatment of immigrants in France, but especially the Black Panthers and the Palestinians. We follow him from the Chicago Democratic Convention (where he met William Burroughs and Alan Ginsberg) to Yale University, where he gave the famous May Day Speech in support of the Black Panthers, to Jordan and the Palestinian camps. Along the way, Genet finds allies (George Jackson, Angela Davis, Leyla Shahid, Tahar Ben Jelloun). And, of course, enemies.

Between passionate enmity and passionate affinity, Genet speaks for a politics of protest, with an uncompromising outrage that, today, might seem on the verge of being forgotten.

The texts are accompanied by detailed editorial notes.

Jean Genet (1910-1986), poet, novelist, playwright, and political essayist, was one of the most significant French writers of the twentieth century. His work, much of it considered scandalous when it first appeared, is now placed among the classics of modern literature and has been translated and performed throughout the world. 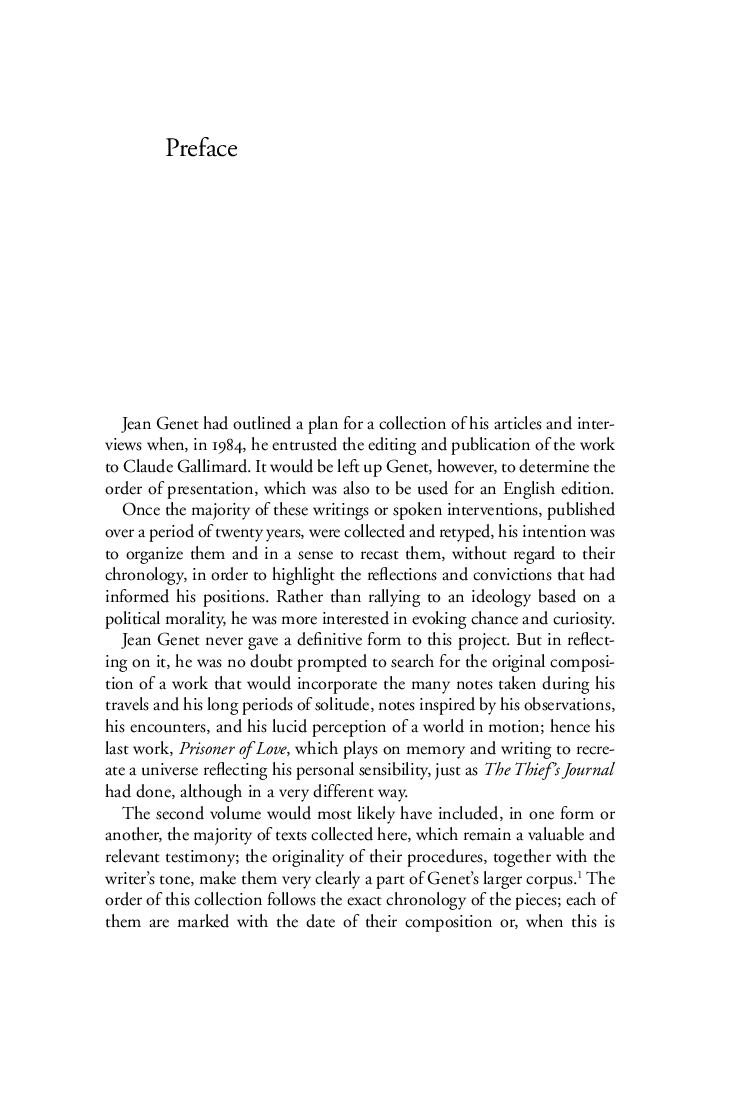