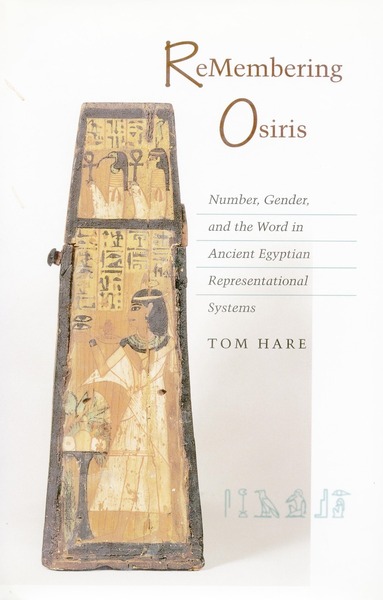 The texts and visual arts of ancient Egypt reveal a persistent and sophisticated engagement with problems of language, the body, and multiplicity. This innovative book shows how these issues were represented in ancient Egypt and how Egyptian approaches to them continue to influence the way we think about them today.

The story of Osiris is one of the central cultural myths of ancient Egypt, a story of dismemberment and religious passion that also exemplifies attitudes about personal identity, sexuality, and the transfer of royal power. It is, moreover, a story of death and the overcoming of death, and in this it lies at the center of our own means of engagement with ancient Egypt.

This book focuses on the story of Osiris as it is recorded in Egyptian texts and memorialized on the walls of temples and tombs. Since such a focus is attainable only through Egyptian representational systems, especially hieroglyphs, the book also engages broader questions of writing and visual representation: decipherment, controversies about the “ideograph,” and the relation between visual images and writing.

This analysis of Egyptian representation leads to a consideration of the phallic body and the problem of multiplicity in Egyptian religion, two nets of Egyptian discourse that, though integrated into the writing system itself, reach toward broader Egyptian discourses of gender, subjectivity, piety, and cosmogenesis. The concluding chapter considers, in specific terms, the question of a persisting Egyptian legacy in the West, from the Greeks and Israelites to Augustine, Hegel, and Lacan.

Tom Hare is Associate Professor of Japanese and Comparative Literature at Stanford University. He is the author of Zeami's Style: The Noh Plays of Zeami Motokiyo (Stanford, 1986).