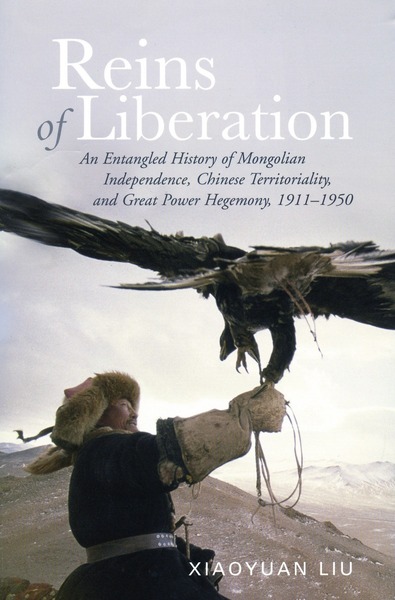 The author's purpose in writing this book is to use the Mongolian question to illuminate much larger issues of twentieth-century Asian history: how war, revolution, and great-power rivalries induced or restrained the formation of nationhood and territoriality. He thus continues the argument he made in Frontier Passages that on its way to building a communist state, the CCP was confronted by a series of fundamental issues pertinent to China's transition to nation-statehood. The book's focus is on the Mongolian question, which ran through Chinese politics in the first half of the twentieth century. Between the Revolution of 1911 and the Communists' triumph in 1949, the course of the Mongolian question best illustrates the genesis, clashes, and convergence of Chinese and Mongolian national identities and geopolitical visions.

"Liu Xiaoyuan's dense but thought-provoking volume... is an essential tome for contemporary Chinese historians as well as those who follow Mongolia, not only because it throws new light on the period, but also because it offers a new paradigm to analyze the Chinese communist drive for national sovereignty."

"This book is excellent. It is well written, with a personal touch that makes for interesting reading... It is a truly path-breaking study for our knowledge of Mongolian and Chinese histories, and ways of looking at them."

"An extensive and often fascinating body of detail, which will interest historians of the Chinese civil war."

"Liu's work is especially important in providing new insight on the post-WWII struggle of various Mongol independence groups to assert themselves, and the impact this had on the ultimate creation of Inner Mongolia and other autonomous regions in China."

"With the publication of this book, Mongolia and the Mongols will be central to any study of China's history of modern diplomacy, China's nationalism, communism, the Chinese Communist Party-Nationalist struggle for supremacy, and studies of ethnicity. A truly monumental piece of scholarship."

"This book represents the second installment in a project to rethink the twentieth-century history of China and China's self-image in its 'ethnopolitical' context. As a product of the 'great-power-rivalry' approach to Inner Asia, Liu's work is indeed a success and offers much of interest to scholars of modern China."