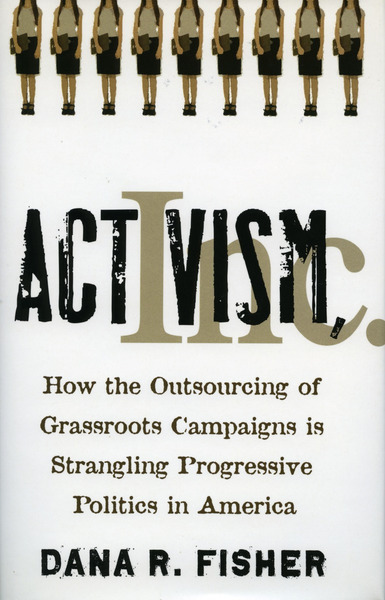 Activism, Inc. introduces America to an increasingly familiar political actor: the canvasser. She's the twenty-something with the clipboard, stopping you on the street or knocking on your door, the foot soldier of political campaigns.

Granted unprecedented access to the "People's Project," an unknown yet influential organization driving left-leaning grassroots politics, Dana Fisher tells the true story of outsourcing politics in America. Like the major corporations that outsourced their customer service to companies abroad, the grassroots campaigns of national progressive movements—including Greenpeace, the Sierra Club, Save the Children, and the Human Rights Campaign—have been outsourced at different times to this single organization. During the 2004 presidential campaign, the Democratic Party followed a similar outsourcing model for their canvassing.

Fisher examines the history and rationale behind political outsourcing on the Left, weaving together frank interviews with canvassers, high-ranking political officials across the political spectrum, and People's Project management. She compares all of this to the grassroots efforts on the Right, which remain firmly grounded in communities and local politics.

This book offers a chilling review of the consequences of political outsourcing. Connecting local people on the streets throughout America to the national organizations and political campaigns that make up progressive politics, it shows what happens to the passionate young activists outsourced to the clients of Activism, Inc.

the Global Climate Change Regime, was published in 2004.

"This book describes how grassroots politics has withered and what must be done to revive it. A timely message for America in the 21st century."

"Fisher has written an inspiring and insightful study of the crisis of left-leaning civic live in modern America... her diligent, non-judgmental primary research overturns every half-baked and ill-formed prejudice that ha been spouted about 'middle America' on both sides of the pond."

"Dana Fishers Activism, Inc. is an extraordinarily important and incisive book, both readable and extremely well informed. An insiders look at todays civic activism and Democratic Party campaigns, it could well catalyze a national debate on the future and nature of progressive politics."

"What a delicious political irony! Progressivism, champion of the little person, has organized its grassroots outreach like a 19th-century meat-packing plant, burning out young workers with low pay, long hours, and regimented, alienating working conditions. In this imminently readable, insightful volume, Dana Fisher brings us face to face with this counterintuitive state of affairs. Conservatives may draw some comfort from it. But as Americans, we should all be alarmed at the pitiless strip-mining of our young peoples idealism."

"An original grass roots critique as to why progressive citizen groups and the Democratic Party are failing to prevail and weakening themselves. Dana Fisher argues that you cannot outsource democratic movements. Listen up, national progressive groups, Fishers insights are lighting up the path to greater effectiveness. Democrats also would be well advised to put this book at the top of their reading list. That is, if they want to understand better how to win elections."

"For idealistic young progressives today, there is basically only one paid entry-level job left in politics: canvassing. Dana R. Fisher is the first to study this crucial formative experience. Essentially, she finds that the canvass is an alienating and undemocratic experience. As a result, we are squandering the energy and ideas of a whole generation. Whats more, a progressive movement that relies on regimented canvassing is doomed to defeat because it lacks an authentic connection with citizens. Unless we take seriously the rigorous evidence and acute arguments of Activism, Inc., the future looks grim."

"This is a provocative and sobering account of progressive politics in contemporary America enlivened by the stories of the no-longer so idealistic young canvassers. A must read for anyone who believes that youth activism inevitably deepens ones commitment to civic participation and who cares about the health and well-being of grass roots politics in the United States."

"Few scholars have taken such a close look at the individuals involved in progressive activism and their backgrounds, motivations, and experiences, which makes Fisher's work an important contribution to the study of social movements. Required reading for anyone considering a summer job trying to change the world."

"For a charmingly recherch complaint, check out Activism, Inc. by Dana R. Fisher. Fisher, who teaches sociology at Columbia, is upset about the professionalization of grass-roots campaigning, which she believes has sliced the bottom rung off the political ladder and keeps inspired young people from entering politics and pointing it in a more salubrious direction."

"A new and hotly debated book by Columbia University sociologist Dana Fisher documents the fact that most liberal political groups have dismantled their grassroots operations since the mid-'90s and subcontracted their activism to a small group of for-profit and nonprofit companies." 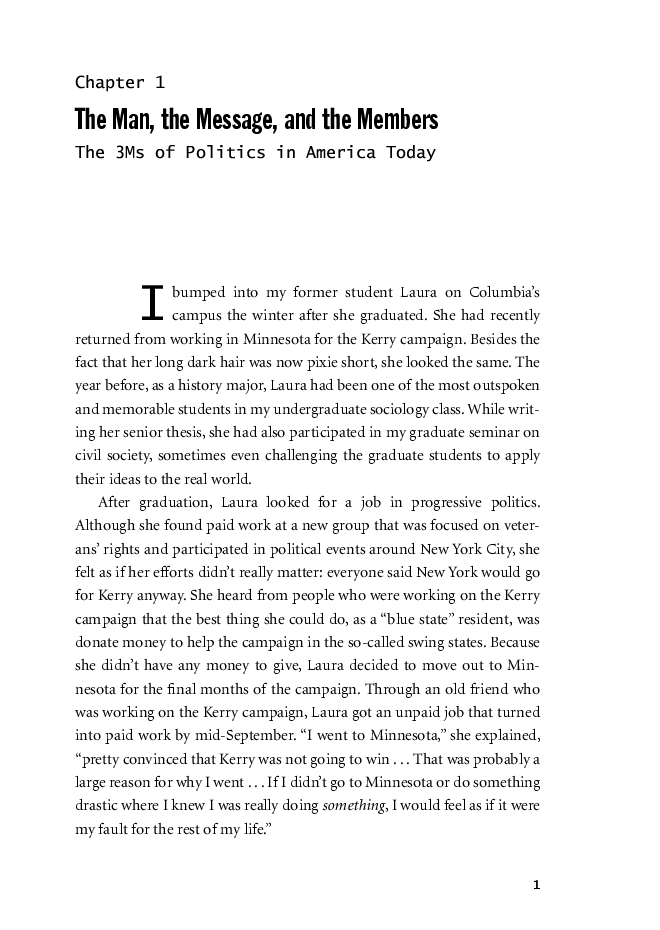 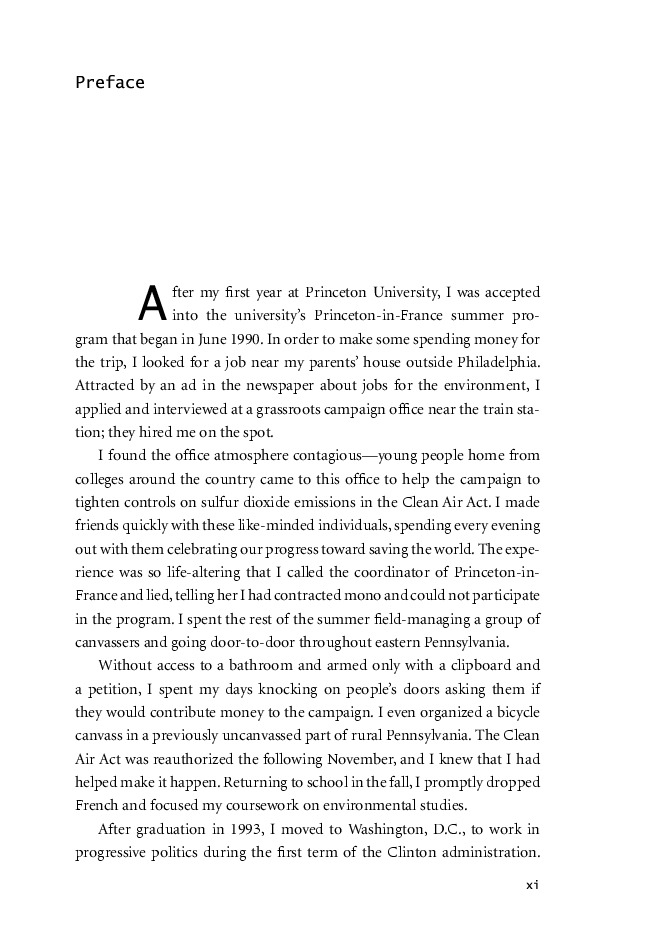 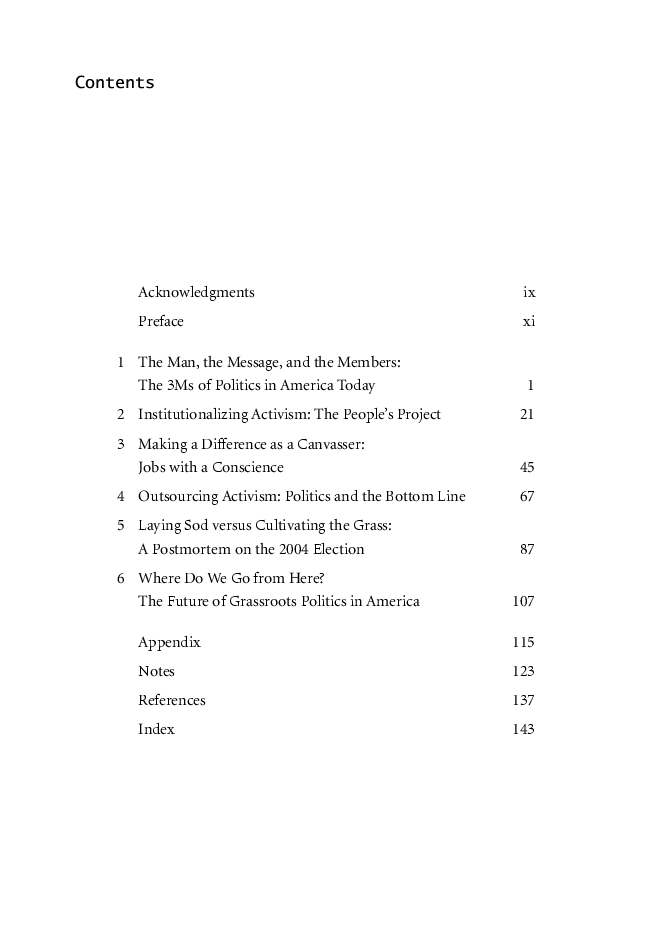