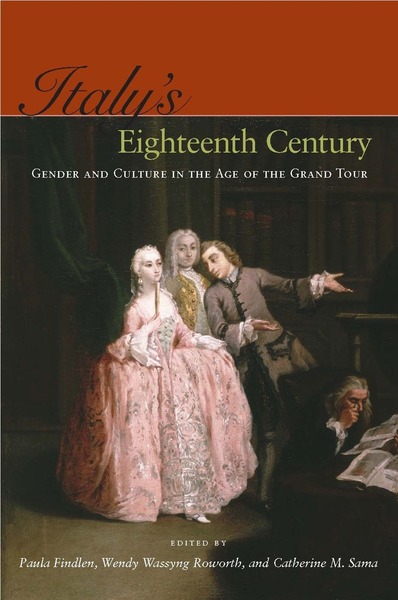 In the age of the Grand Tour, foreigners flocked to Italy to gawk at its ruins and paintings, enjoy its salons and cafés, attend the opera, and revel in their own discovery of its past. But they also marveled at the people they saw, both male and female. In an era in which castrati were "rock stars," men served women as cicisbei, and dandified Englishmen became macaroni, Italy was perceived to be a place where men became women. The great publicity surrounding female poets, journalists, artists, anatomists, and scientists, and the visible roles for such women in salons, academies, and universities in many Italian cities also made visitors wonder whether women had become men. Such images, of course, were stereotypes, but they were nonetheless grounded in a reality that was unique to the Italian peninsula. This volume illuminates the social and cultural landscape of eighteenth-century Italy by exploring how questions of gender in music, art, literature, science, and medicine shaped perceptions of Italy in the age of the Grand Tour.

"[Italy's Eighteenth Century] moves us toward a more richly textured sense of the political, geographic, and cultural diversity that comprised the Italian peninsula in the eighteenth century. Filled with original work and suggestions for new avenues for future research, the book reminds us how much remains to be unearthed about this remarkable period."

"Women and men as agents of public and private sociability in a 'lost' century of Italian culture constitute the primary theme of Italy's Eighteenth Century: Gender and Culture in the Age of the Grand Tour. Findlen's introductory essay is required reading for enlightenment specialists as it raises and quashes about the Italian eighteenth century, by countering them with exemplary scholarship heretofore unknown outside of Italy."

"Dullards and prudes stay home: Italy's 18th Century: Gender and Culture During the Age of the Grand Tour is a seductive gondola-trip through the world of Casanova and Da Ponte, courtesans and castrati, painters, Popes, and learned ladies—the whole louche, lubricious, and luminous fantasia that was settecento Italy. Whether scholar, student, or armchair 'Grand Tourist,' the curious reader will find rich bounty here: both a superb general introduction to Italy in the Age of Enlightenment and a sleek, multifaceted analysis of its role—aesthetic, psychic, and erotic—in the eighteenth-century European imagination."

"This collection of essays presents a vast amount of new research that offers us a picture of the rich and varied culture of eighteenth-century Italy and its relation to Enlightenment Europe. Replete with interconnections, the essays fit together as neatly as a puzzle, and where they overlap, they often provide different perspectives on the same subject." 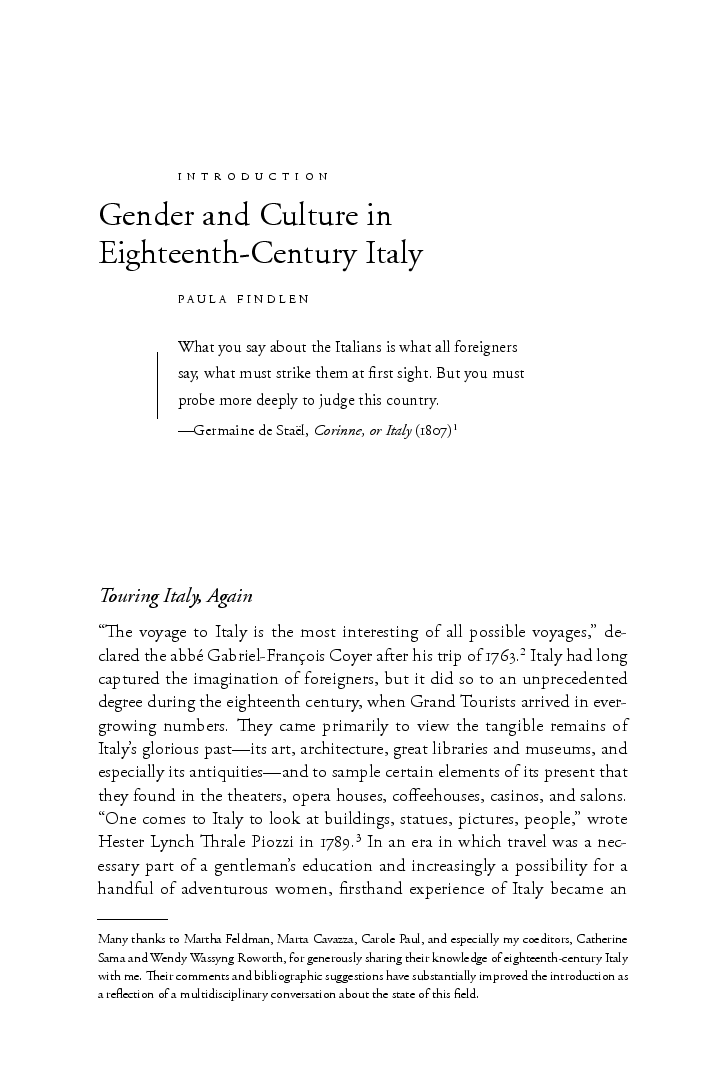 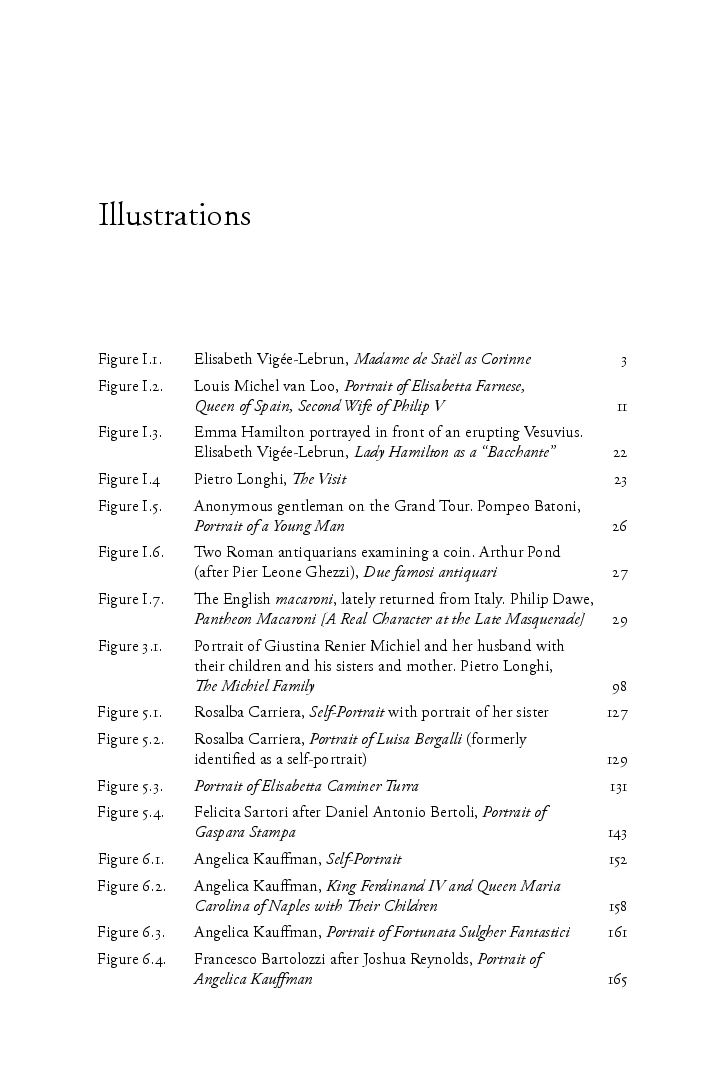 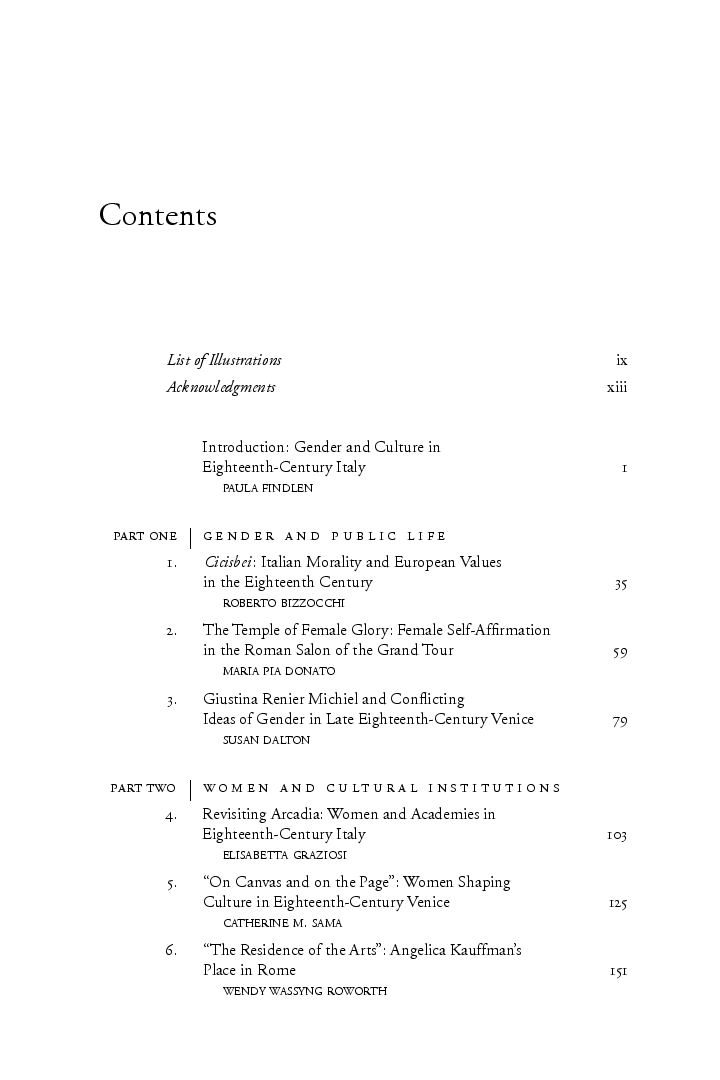