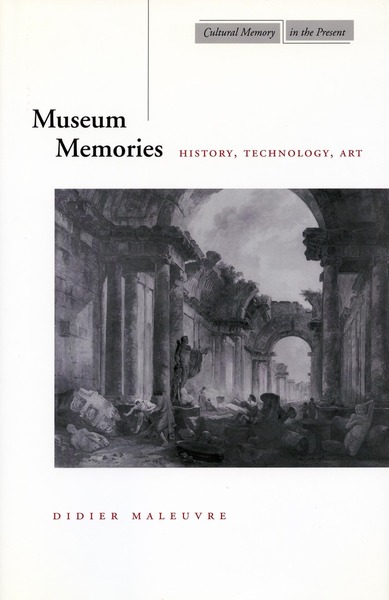 From its inception in the early nineteenth century, the museum has been more than a mere historical object; it has manufactured an image of history. In collecting past artifacts, the museum gives shape and presence to history, defining the space of a ritual encounter with the past. The museum believes in history, yet it behaves as though history could be summarized and completed. By building a monument to the end of history and lifting art out of the turmoil of historical survival, the museum is said to dehistoricize the artwork. It replaces historicity with historiography, and living history turns into timelessness.

This twofold process explains the paradoxical character of museums. They have been accused of being both too heavy with historical dust and too historically spotless, excessively historicizing artworks while cutting them off from the historical life in which artworks are born. Thus the museum seems contradictory because it lectures about the historical nature of its objects while denying the same objects the living historical connection about which it purports to educate.

The contradictory character of museums leads the author to a philosophical reflection on history, one that reconsiders the concept of culture and the historical value of art in light of the philosophers, artists, and writers who are captivated by the museum. Together, their voices prompt a reevaluation of the concepts of historical consciousness, artistic identity, and the culture of objects in the modern period. The author shows how museum culture offers a unique vantage point on the nineteenth and twentieth centuries’ preoccupation with history and subjectivity, and he demonstrates how the constitution of the aesthetic provides insight into the realms of technology, industrial culture, architecture, and ethics.

Didier Maleuvre is Associate Professor of French and Comparative Literature at the University of California, Santa Barbara.