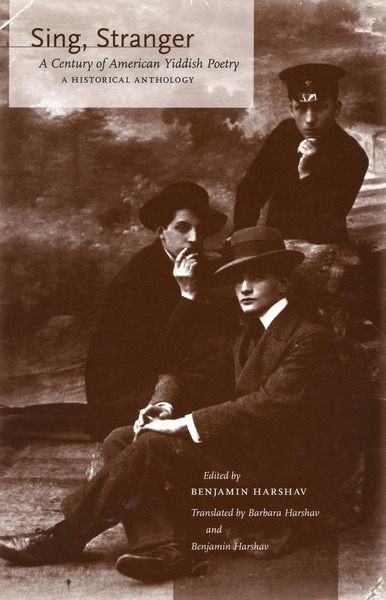 Sing, Stranger is a comprehensive historical anthology of a century of American poetry written in Yiddish and now translated into English for the first time. Here are the Proletarian or "sweat-shop" poets, sympathizing with Socialist Anarchists, who were highly popular with Yiddish audiences at the end of the nineteenth century; the lyrical moods and ironies of the "Young Generation" at the beginning of the twentieth century; the sophisticated poetry of the modern world seen through the individualistic prism of the "Introspectivists" after World War I; samples of epic poetry; and, finally, the poetry of the Holocaust and the decline of the Yiddish language. This anthology reveals both an amazing achievement of Jewish creative work and an important body of American poetry, written in a minority language, practically unknown to most readers. The travails, joys, and intimate experiences of the individual in the big metropolis are intertwined with representations of American realities: architecture and alienation in the big city, the migration of the blacks, trade unions and underworld, the immigrant experience in this immense and strange land, and the destinies of Jewish history.

"This latest work of Benjamin and Barbara Harshav, truly the doyens of the field of Yiddish poetry in translation, is an important achievement. Many anthologies have tended to give relatively furtive glimpses of a poet's creation, or suggestive hints of the flavours of his or her poetry. Both the impressive, but not cumbersome, size of this anthology and its historical and geographic focus allow for making more than such fleeting acquaintances. The strength of the work, the thing that makes it of such moment, is the heterogeneous and fluid notion of Americanness which is at the heart of the project."

"This anthology consists of excellent English translations of the Yiddish poetry of major American Yiddish writers... highly recommended reading for all." 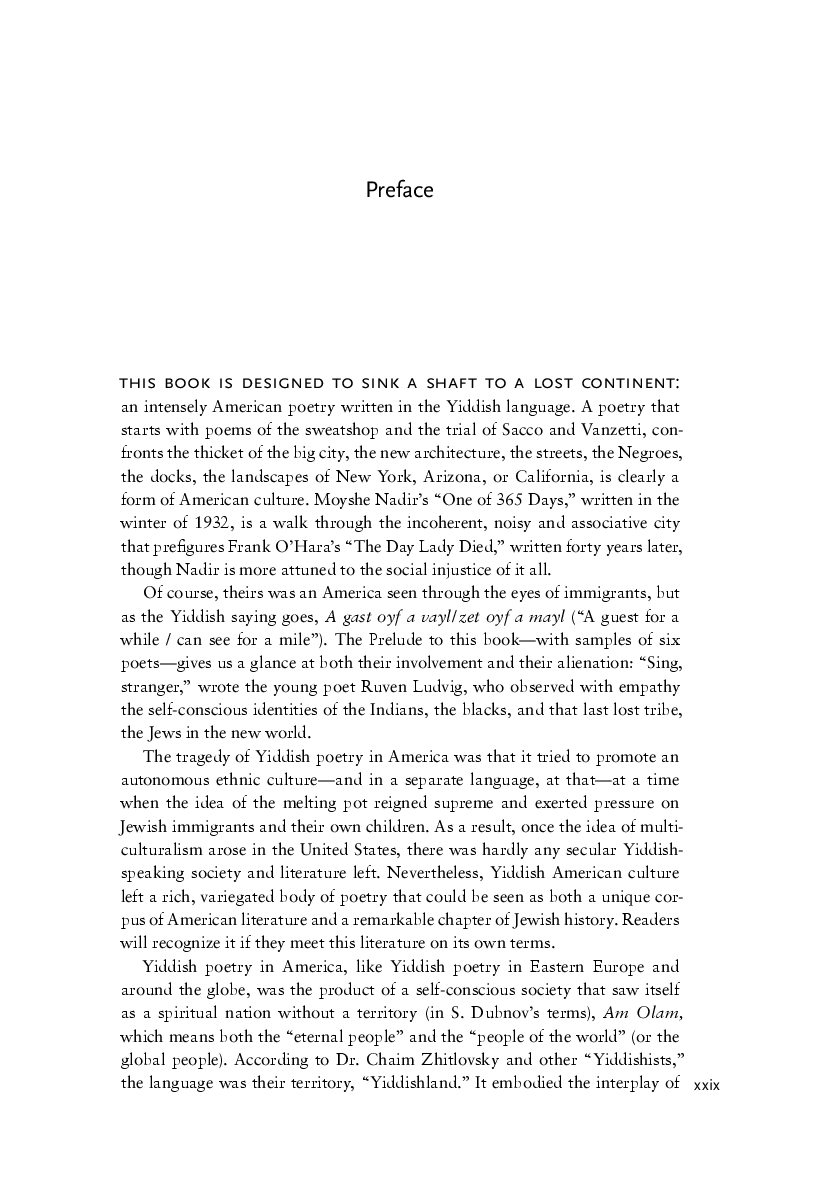 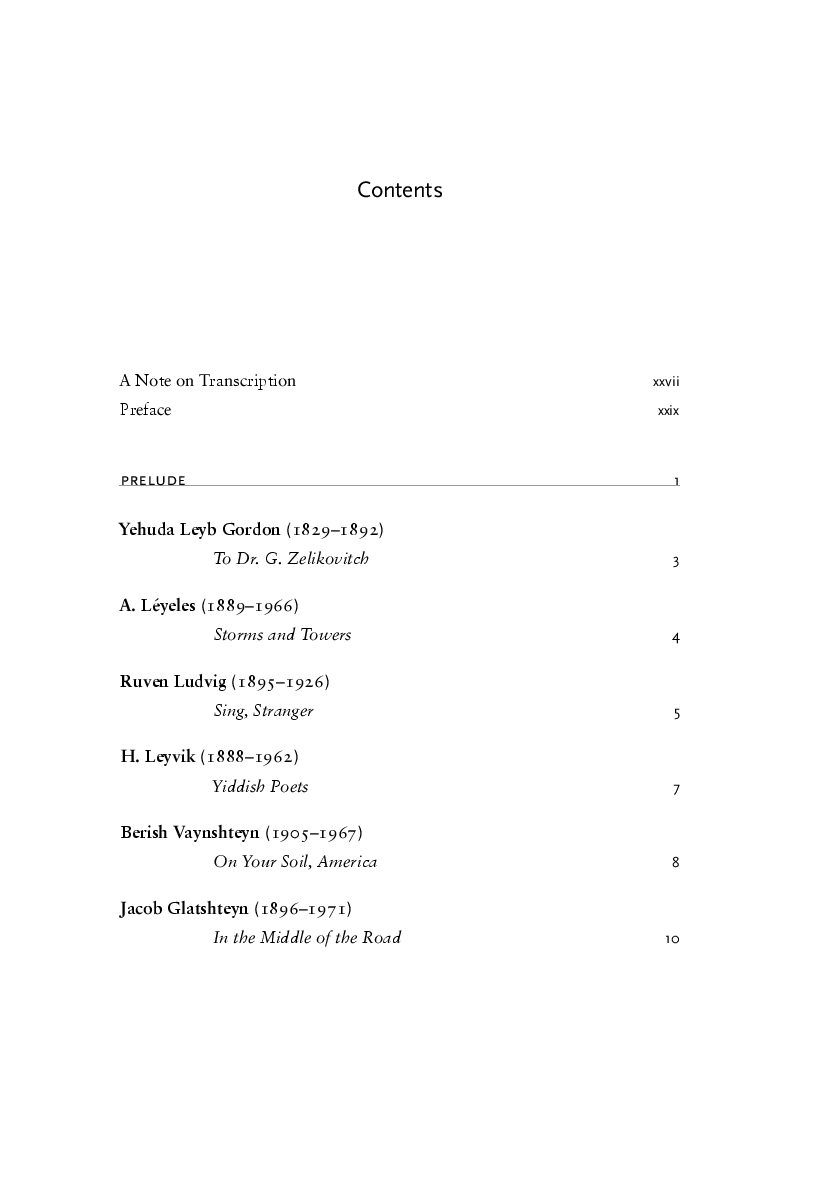