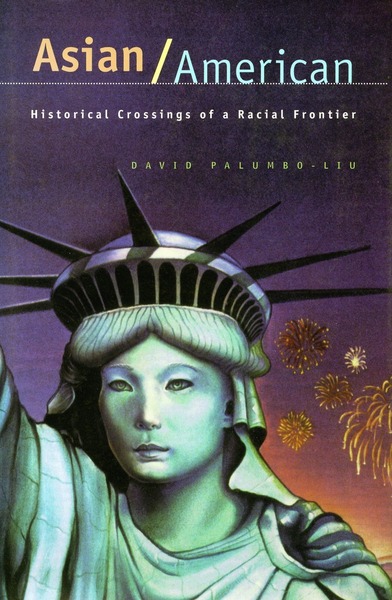 This book argues that the invention of Asian American identities serves as an index to the historical formation of modern America. By tracing constructions of "Asian American" to an interpenetrating dynamic between Asia and America, the author obtains a deeper understanding of key issues in American culture, history, and society.

The formation of America in the twentieth century has had everything to do with "westward expansion" across the "Pacific frontier" and the movement of Asians onto American soil. After the passage of the last piece of anti-Asian legislation in the 1930's, the United States found it had to grapple with both the presence of Asians already in America and the imperative to develop its neocolonial interests in East Asia. The author argues that, under these double imperatives, a great wall between "Asian" and "American" is constructed precisely when the two threatened to merge. Yet the very incompleteness of American identity has allowed specific and contingent fusion of "Asian" and "American" at particular historical junctures.

From the importation of Asian labor in the mid-nineteenth century, the territorialization of Hawaii and the Philippines in the late-nineteenth century, through wars with Japan, Korea, and Vietnam and the Cold War with China, to today's Asian Pacific Economic Cooperation group, the United States in the modern age has seen its national identity as strongly attached to the Pacific. As this has taken place, so has the formation of a variety of Asian American identities. Each contains a specific notion of America and reveals a particular conception of "Asian" and "American."

Complicating the usual notion of "identity politics" and drawing on a wide range of writings—sociological, historical, cultural, medical, anthropological, geographic, economic, journalistic, and political—the author studies both how the formation of these identifications discloses the response of America to the presence of Asians and how Asian Americans themselves have inhabited these roles and resisted such categorizations, inventing their own particular subjectivities as Americans.

David Palumbo-Liu is Associate Professor of Comparative Literature and Director of the Program in Modern Thought and Literature at Stanford University. He is the author of The Poetics of Appropriation: The Literary Theory and Practice of Huang Tingjian (Stanford, 1993) and the co-editor of Streams of Cultural Capital: Transnational Cultural Studies (Stanford, 1997).

"A model of border-crossing scholarship.... Erudite in its range of scholarship and materials, using theory with critical finesse, and moving with ease across disciplinary and area boundaries, ... it should be of relevance to all scholars engaged in Asian American studies and cultural studies, as well as scholars in American, Asian, and Pacific studies."

"Passionate, wide-ranging, and serious, . . . an assault on our understanding of America's modernity, . . . highly suggestive for redefining the analytical terrain of American studies."

"Admirably grounded in history, and displaying a critical rigor in historicizing a contemporary reality."

"Only a true comparativist and interdisciplinary scholar could produce a work of such profound insights and erudition. For those well versed in critical race and ethnic studies, cultural, postcolonial, and postmodern studies, Asian American Studies, American Studies, and East Asian Studies, this book signifies the convergence and exemplifies the culmination of the new scholarship and theories that have emerged from these related fields during the past quarter century."

"Palumbo-Liu's comprehensive study will have lasting value for scholars in this rapidly changing field. . . . Each chapter demonstrates solid historical perspective as well as thoughtful critical analysis and considerable political acumen."

"The picture on the dustjacket of Palumbo-Liu's study which shows the Statue of Liberty with Asian features remains more riddle than answer. Even as the face of the nation has been racialized, the exact nature of the implication of Asian/Americanness into white America is far from clear or stable. What Palumbo-Liu does in such an intriguing and complex way is to invite us to explore in much more detail and depth the politics of this implication."

"This book is a substantial contribution to interdisciplinary Asian American scholarship, especially in the attention Palumbo-Liu pays to the historical split between Asian and American, and in its extensive historical focus."

"A work of consummate scholarship, David Palumbo-Liu's book contributes significantly to American Studies and Asian American Studies, and to a lesser extent, East Asian Studies. . . . Asian/American is remarkable for its elegant prose, its careful attention to historical, social, and cultural contexts, and its author's expertise at harnessing those contexts to produce not only finely nuanced readings of individual texts but also a sustained argument about American modernity."

"His grasp of literary theory and method is a model in itself, and his ability to denote these ideas as they appear in applied social context grounds the text, creating an invaluable pedagogical framework for the working instructor."

“The breadth of Palumbo-Liu’s examination of the encounters between America and East Asia is impressive. While this book will be of obvious interest to students of comparative literature, Asian/American will clearly transcend disciplinary boundaries, as it is highly relevant for both sociology and Asian American studies.”—European Journal of Cultural Studies