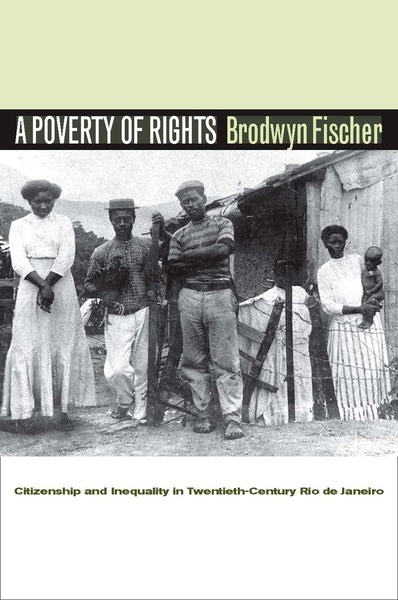 Winner of the 2009 Warren Dean Memorial Prize, sponsored by the Conference on Latin American History.

Winner of the 2010 Roberto Reis Prize, sponsored by the Brazilian Studies Association.

A Poverty of Rights is an investigation of the knotty ties between citizenship and inequality during the years when the legal and institutional bases for modern Brazilian citizenship originated. Between 1930 and 1964, Brazilian law dramatically extended its range and power, and citizenship began to signify real political, economic, and civil rights for common people. And yet, even in Rio de Janeiro—Brazil's national capital until 1960—this process did not include everyone. Rio's poorest residents sought with hope, imagination, and will to claim myriad forms of citizenship as their own. Yet, blocked by bureaucratic obstacles or ignored by unrealistic laws, they found that their poverty remained one of rights as well as resources. At the end of a period most notable for citizenship's expansion, Rio's poor still found themselves akin to illegal immigrants in their own land, negotiating important components of their lives outside of the boundaries and protections of laws and rights, their vulnerability increasingly critical to important networks of profit and political power. In exploring this process, Brodwyn Fischer offers a critical re-interpretation not only of Brazil's Vargas regime, but also of Rio's twentieth-century urban history and of the broader significance of law, rights, and informality in the lives of the very poor.

Brodwyn Fischer is Associate Professor of History at Northwestern University.

"Few . . . have examined those excluded from the populist bargain in as sophisticated a way as Brodwyn Fisher does in her analysis of 'the connections between law, poverty and citizenship' in Brazil's then-capital of Rio de Janeiro."

"Brodwyn Fischer's book will occupy a significant place at the intersection of studies of modern urban design patronage, and citizenship in Latin America."

"Dr. Brodwyn Fischer has written a richly researched and innovative account of the 'impossibly paradoxical historical relationship between Rio de Janeiro's urban poor and the rule of law,' with a focus on 'the degree to which hope has coexisted with cynicism and the use of laws and rights has expanded in lockstep with vital informalities'. It is an exquisitely detailed and carefully crafted monograph that advances our understanding of key aspects of Brazil's urban life, law, and politics while shedding light on the discourses and practices of the 'frustratingly vague and heterogeneous social group' designated as the urban poor, the informal sectors, or the 'povão' (the really 'common people')."

"One-sixth of humanity now lives in urban slums, and A Poverty of Rights offers pioneering insights into the political dimensions of urban poverty in Brazil and Latin America. Focusing on the political struggles of Rio's favelados, Fischer shows how slum dwellers' rising political consciousness motivated them to challenge their exclusion from formal politics. Their struggles resulted in conquests in both civic and property rights, despite the staying power of clientelism in Brazil's capital city."

"A Poverty of Rights tackles an elusive topic whose importance is difficult to exaggerate. Fischer confronts the subject in an intellectually honest way, and her research is astonishing in both breadth and depth. Her dialectical approach, expressed in the axiom that 'rights poverty emerged as a compromise rather than a defeat,' illuminates the subject matter as no binary approach could." 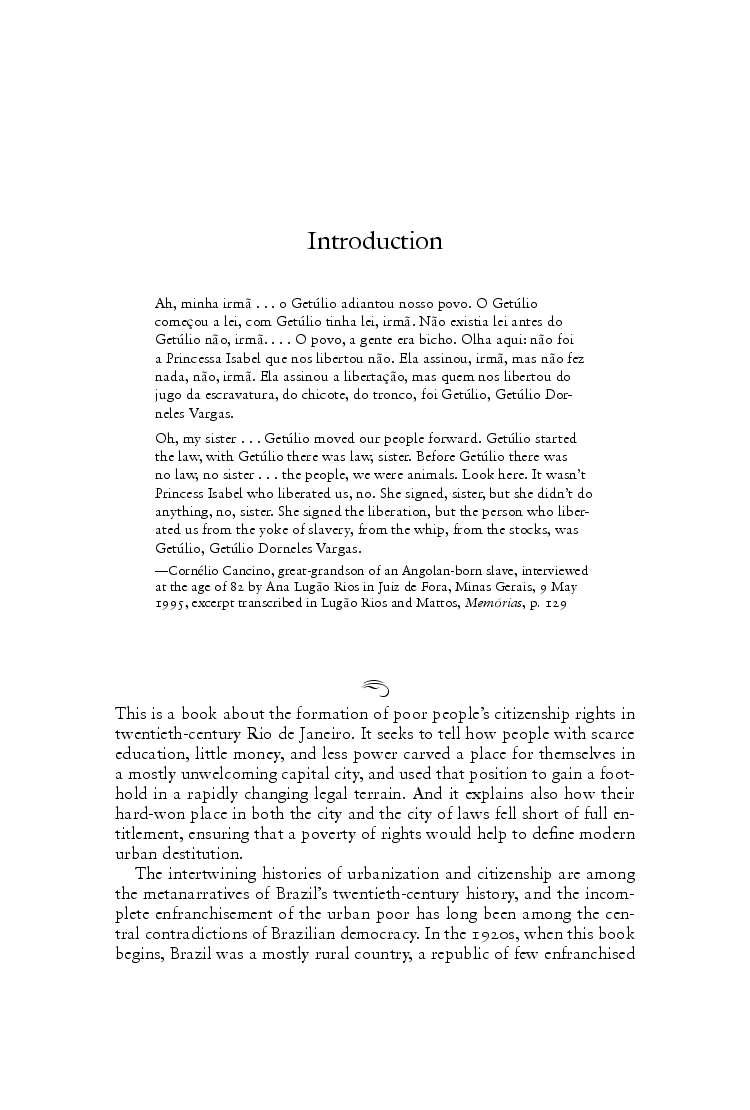 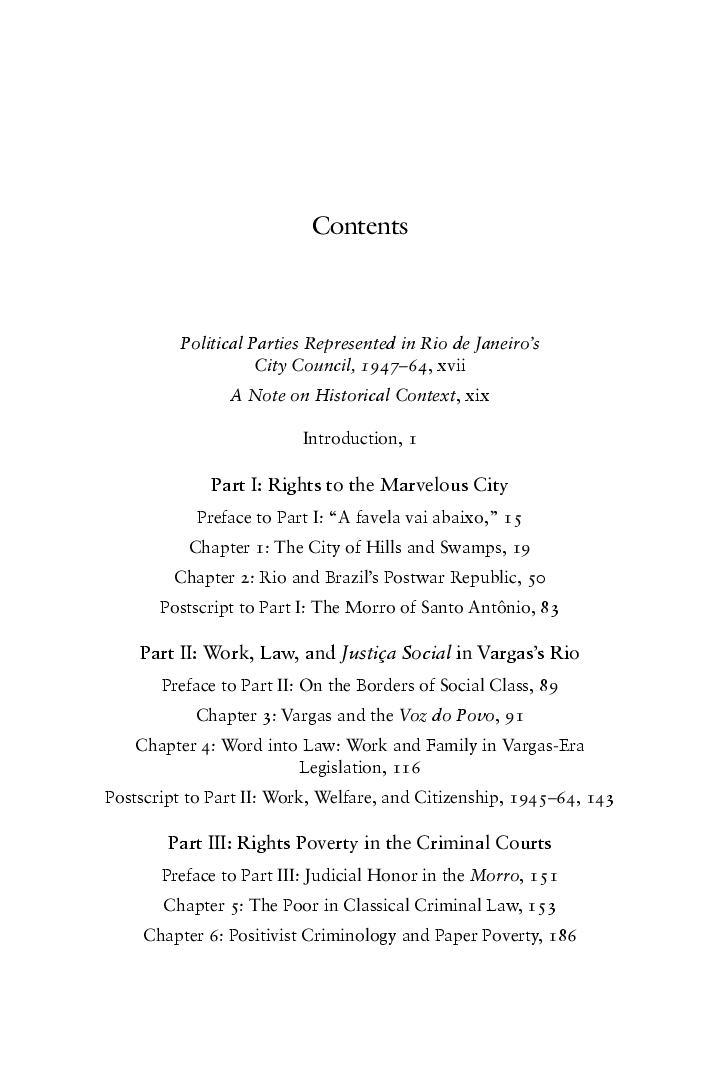 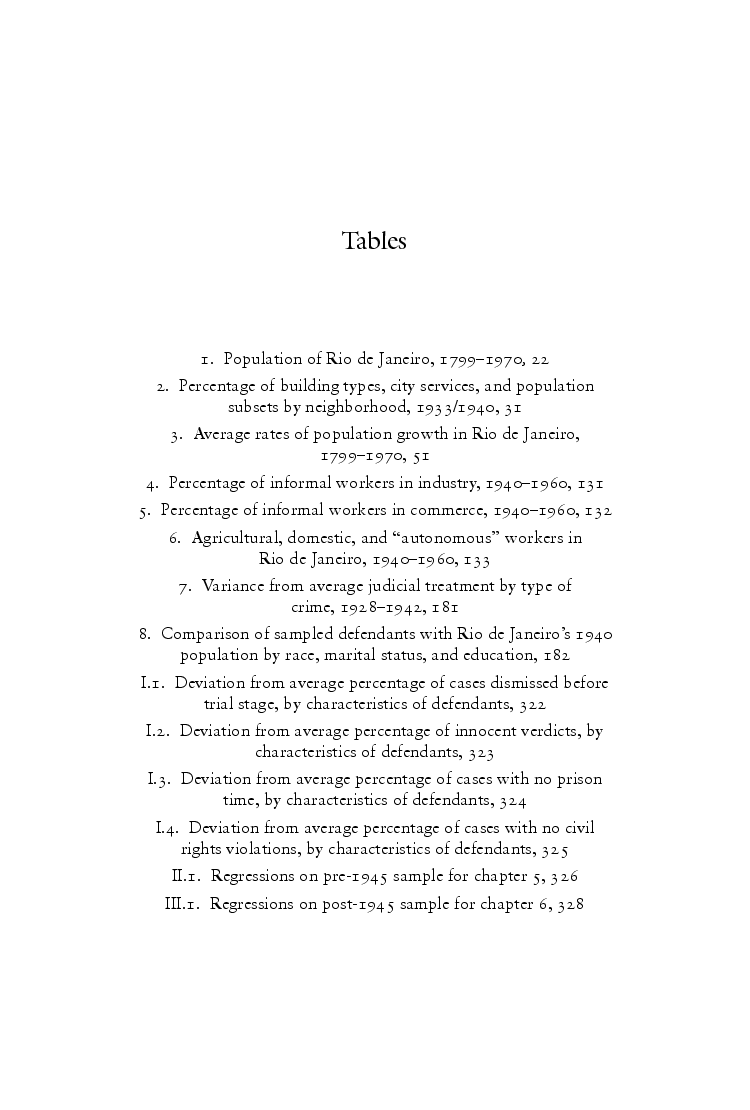