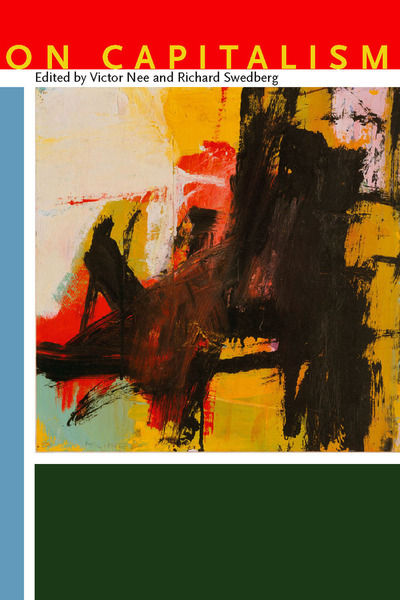 On Capitalism
Edited by Victor Nee and Richard Swedberg

Capitalism dominates economies all over the world and is a key force in the process of globalization. What makes it such a uniquely dynamic social and economic force, however, is open to debate. The essays in this book take up this issue, offering theories on both what encourages and what blocks capitalism.

In On Capitalism leading economists, sociologists, and political scientists develop ideas and insights into the dynamic of capitalism as a global economic order. Unlike studies that focus only on localized descriptions of what has made capitalism function in a specific place, these essays examine the general mechanisms that account for dynamic or rational capitalism. As each chapter shows, the mechanisms motivating and facilitating today's global capitalism are not rooted in the materialist domain of incremental capital accumulation, but in the realm of ideas and institutional structures. Taken as a whole, these essays offer a rich account of the interconnectedness of the economic, political, and religious institutions of modern capitalism.

"This book offers illuminating analyses of the incentive mechanism that underlies the unprecedented growth performance of capitalism. It offers new insights into seminal contributions—like those of Weber and de Tocqueville–and contains much fascinating and valuable material that sociologists and economists will to well to absorb."

"Nee and Swedberg have brought together an incredibly diverse and distinguished group of sociologists, economists, and political scientists to give Weber his due and show that his intellectual concerns are alive and well. Offering a terrifically wide range of topics—including religion and capitalism, law and the state in issues of development, and the role of social interaction in understanding corruption and the collective dynamics of market actors—many of these essays are gems."

"On Capitalism offers a refreshingly diverse range of insights into economic growth through its Weberian focus on non-economic factors such as ideas, institutions, culture, and religion.You may not agree with every essay in the volume, but you will learn a great deal by engaging these original and often unconventional perspectives. I recommend the volume to anyone interested in the spirit of contemporary capitalism." 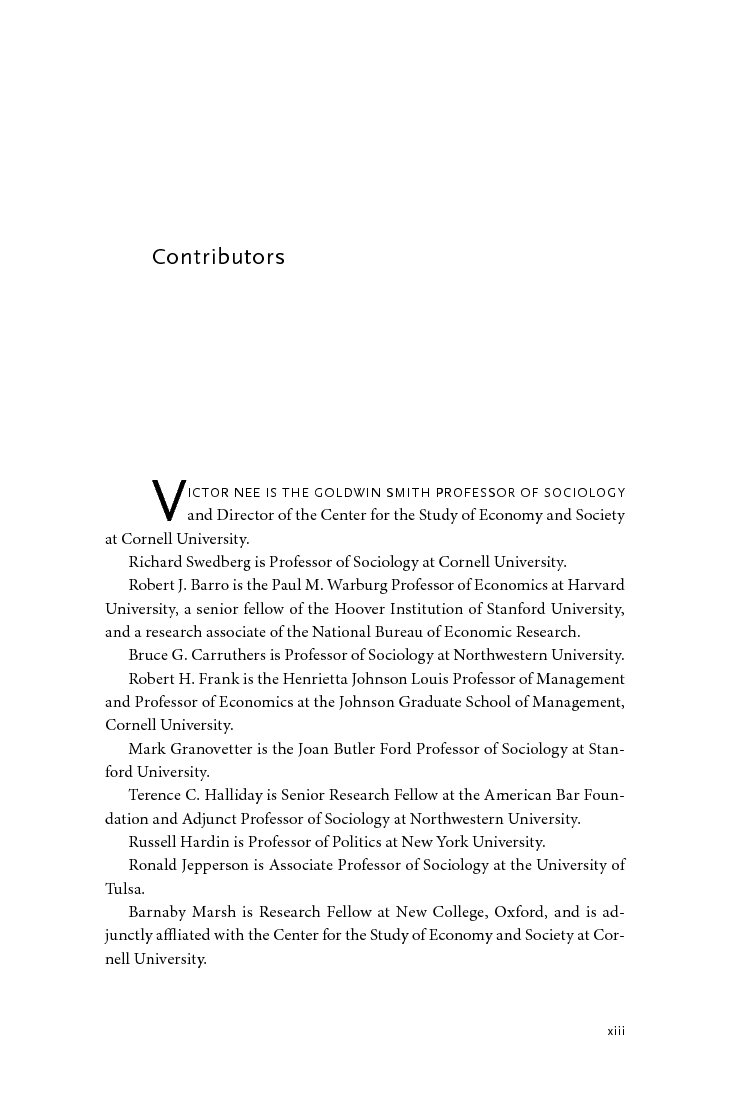 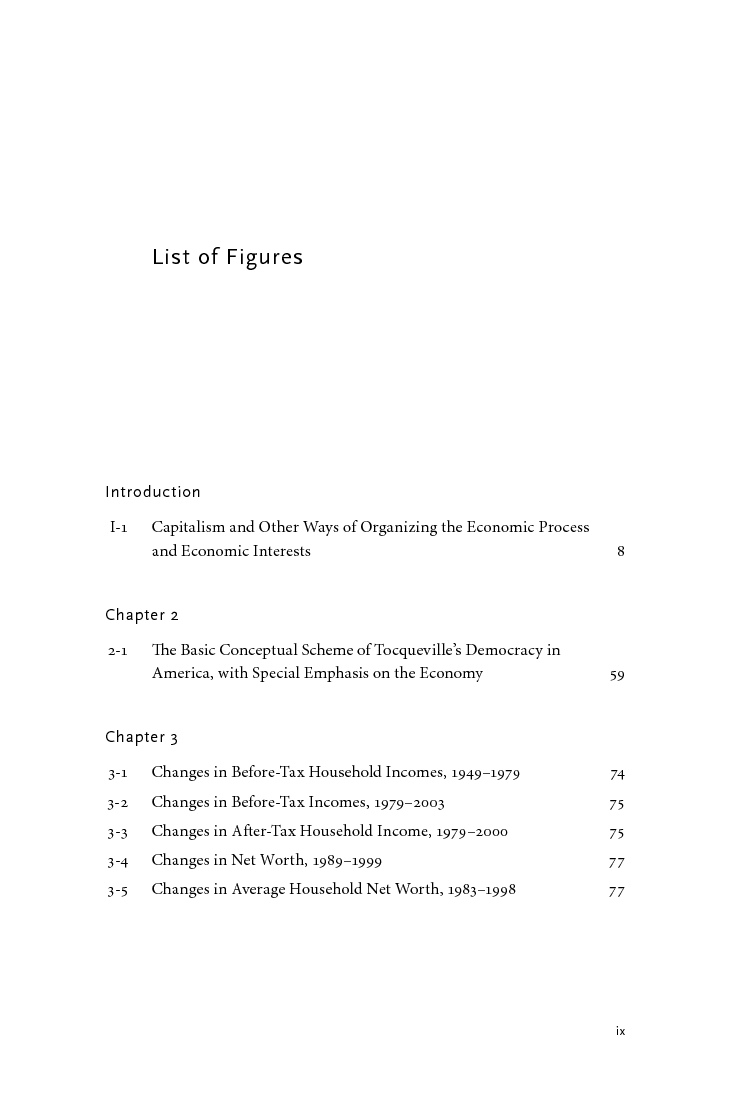 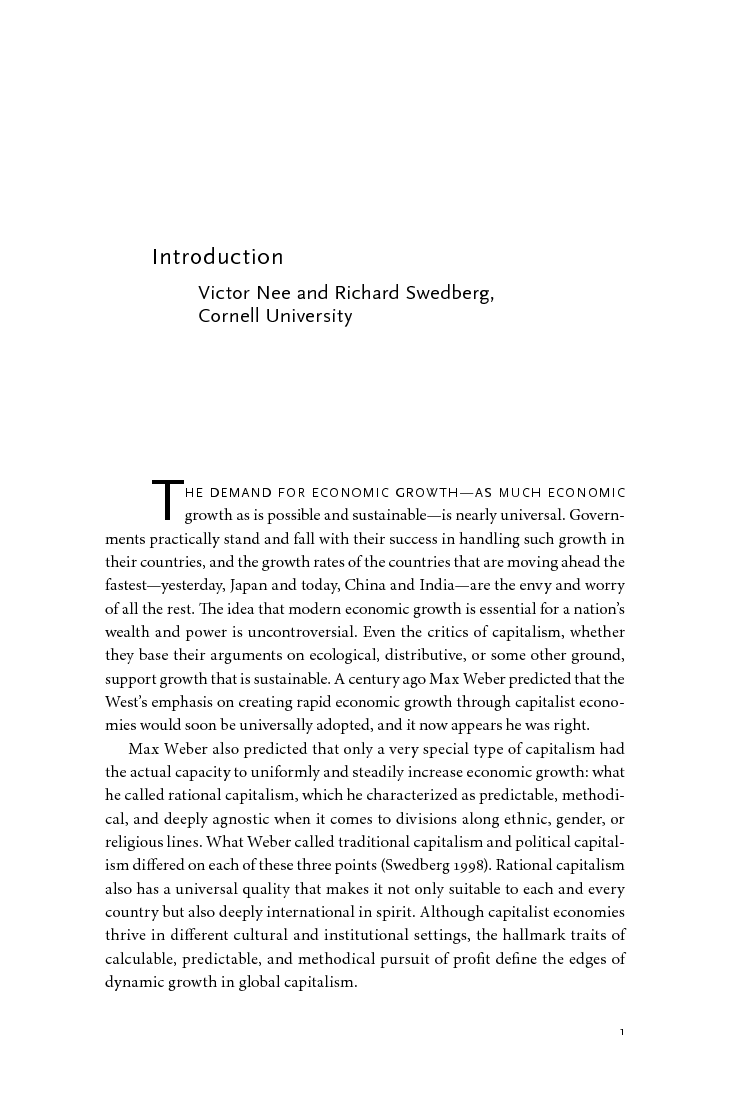 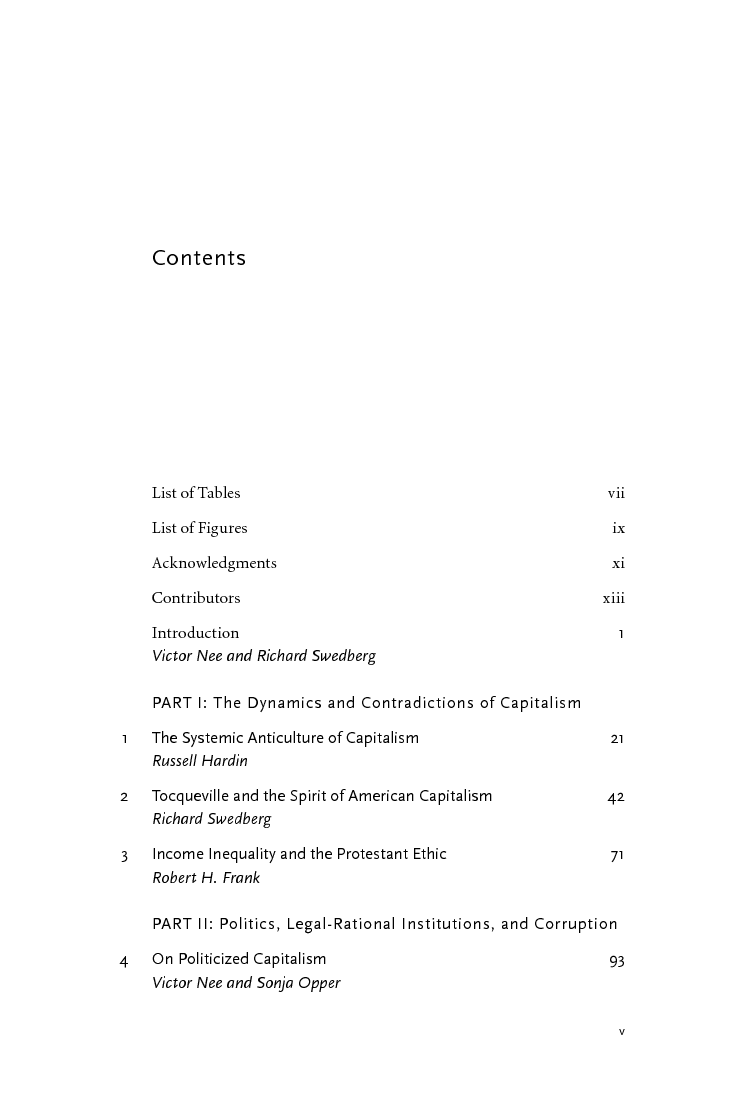 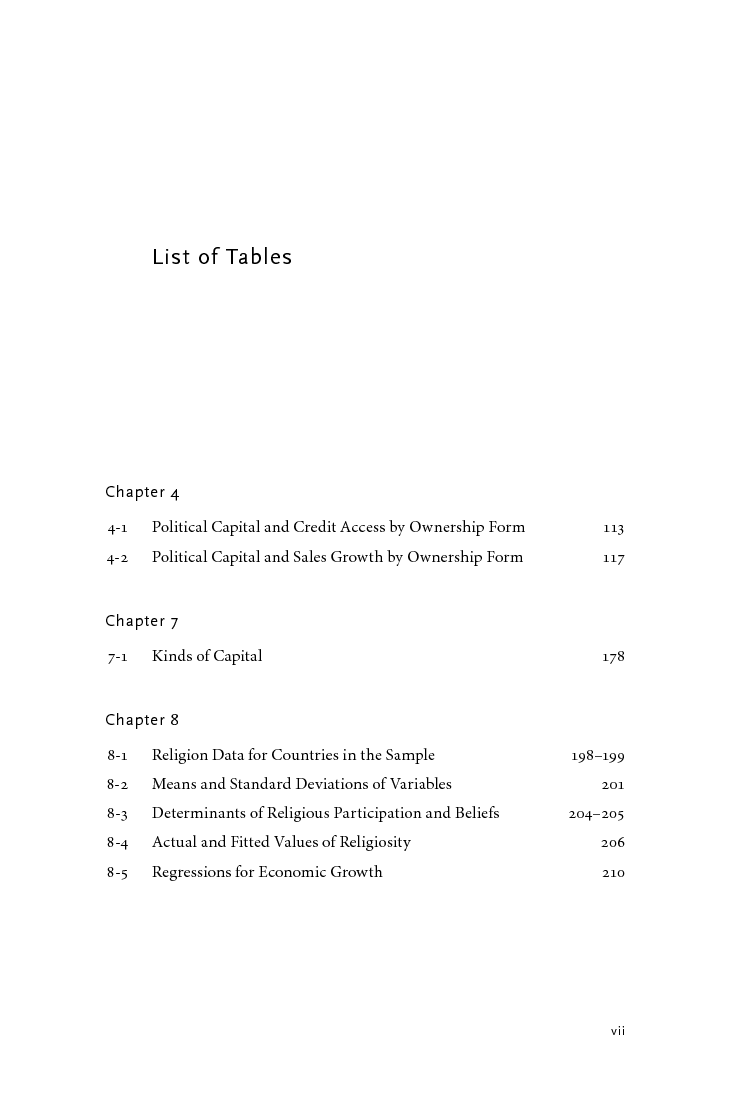