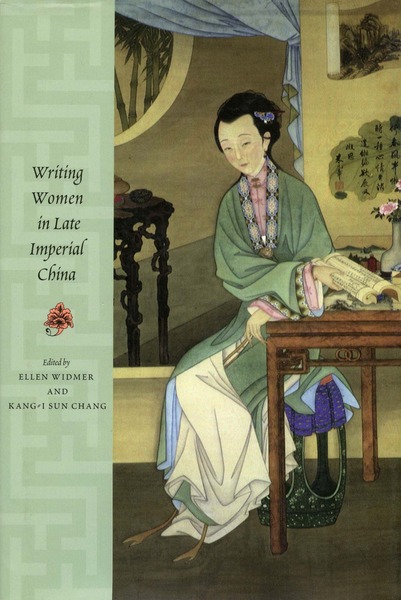 Until recently only a handful of women writers were thought to have existed in traditional China, but new scholarship has called attention to several hundred whose works have survived. Coming from the fields of literature, history, art history, and comparative literature, the fourteen contributors to this volume apply a range of methodologies to this new material and to other sources concerning women writers in China from 1600 to 1900.

An opening section on courtesans details the lives of individual women and their male admirers—contemporary and subsequent—who imposed an array of meaning on the category of woman writer. The works treated in this section are mainly poetry, although drama also enters in. The second section focuses on the writings of gentrywomen who, confined to the inner quarters of their residences, turned out a body of poetry impressive both for its volume and for the number of authors involved.

The third section takes up the issue of contextualization: how male writers situated women's poetry in their essays, stories, and travelogues. The fourth section pursues the same issue, but with reference to China's greatest work of fiction, Dream of the Red Chamber, first published in 1792, most of whose leading characters are talented gentrywomen. The volume concludes with a chapter by a specialist in comparative literature, who relates the concerns of the other chapters to literary and feminist studies outside the China field.

“It would be difficult to overestimate the value of this landmark work for the study of writings by, for, and about women in late imperial China in particular, and for the period's cultural history in general. All the papers are pathbreaking, and the discussions of such important topics as the woman writer, race and ethnicity, class, courtesans, gentrywomen, the feminine voice, and subjectivity will stimulate further exploration.”—Shuen-fu Lin, University of Michigan