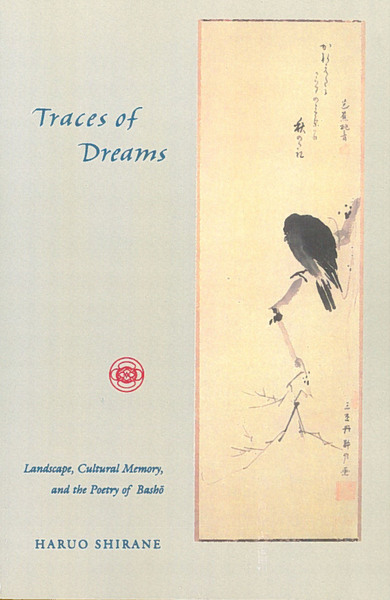 Traces of Dreams
Landscape, Cultural Memory, and the Poetry of Basho
Haruo Shirane

Basho (1644-94) is perhaps the best known Japanese poet in both Japan and the West, and yet there has been remarkably little serious scholarship in English on his achievement. This book is intended to address that virtual void by establishing the ground for critical discussion and reading of a central figure in Japanese culture, placing the works of Basho and his disciples in the context of broader social change.

Intended for both the general reader and the specialist, Traces of Dreams examines the issues of language, landscape, cultural memory, and social practice in early modern Japan through a fundamental reassessment of haikai—popular linked verse that eventually gave birth to modern haiku—particularly that of Basho and his disciples.

The author analyzes haikai not only as a specific poetic genre but as a mode of discourse that emerged from the profound engagement between the new commoner culture that came to the fore in the seventeenth century cities and the earlier traditions, which haikai parodied, transformed, and translated into the vernacular.

Traces of Dreams explores the manner in which haikai both appropriated and recast the established cultural and poetic associations embodied in nature, historical objects, and famous places—the landscape that preserved the cultural memory and that became the source of authority as well as the contested ground for haikai re-visioning and re-mapping.