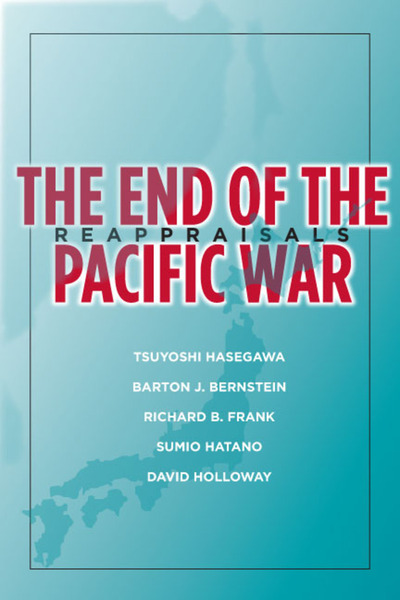 Over sixty years after the end of the Pacific War, the United States and Japan have still not come to terms with the consequences; despite their postwar alliance, memories of Pearl Harbor and Hiroshima-Nagasaki continue to remind that the decision to drop the bomb remains a contentious issue. While many Americans believe the bombing directly influenced Japan's decision to surrender, the bombing's impact on Japan's decision making, as well as the role of the Soviet Union, have yet to be fully explored. This book offers state-of-the-art reinterpretations of the reasons for Japan's decision to surrender: Which was the critical factor, the atomic bombing of Hiroshima and Nagasaki, or the Soviet Union's entry into the war?

Writing from the perspective of three different nationalities and drawing on newly available documents from Japan, the United States, and the former Soviet Union, five distinguished historians review the evidence and the arguments—and agree to disagree. The contributors are Barton J. Bernstein, Richard Frank, Sumio Hatano, Tsuyoshi Hasegawa, and David Holloway.

Tsuyoshi Hasegawa is Professor of Modern Russian and Soviet History at the University of California, Santa Barbara. His publications include The Northern Territories Dispute and Russo-Japanese Relations, Vol. 1: Between War and Peace, 1967–1985; Vol. 2: Neither War nor Peace, 1985–1998 (1998); and Racing the Enemy: Stalin, Truman, and the Surrender of Japan (2005).

"In this excellent collection, authors from the United States and Japan recalculate various aspects of the ongoing debate about the ways in which policy decisions by Japan, the United States, and the USSR intersected around the two world-shaping events of 6-9 August 1945—the two atomic bombings of Japanese cities and the Soviet entry into the Pacific War." 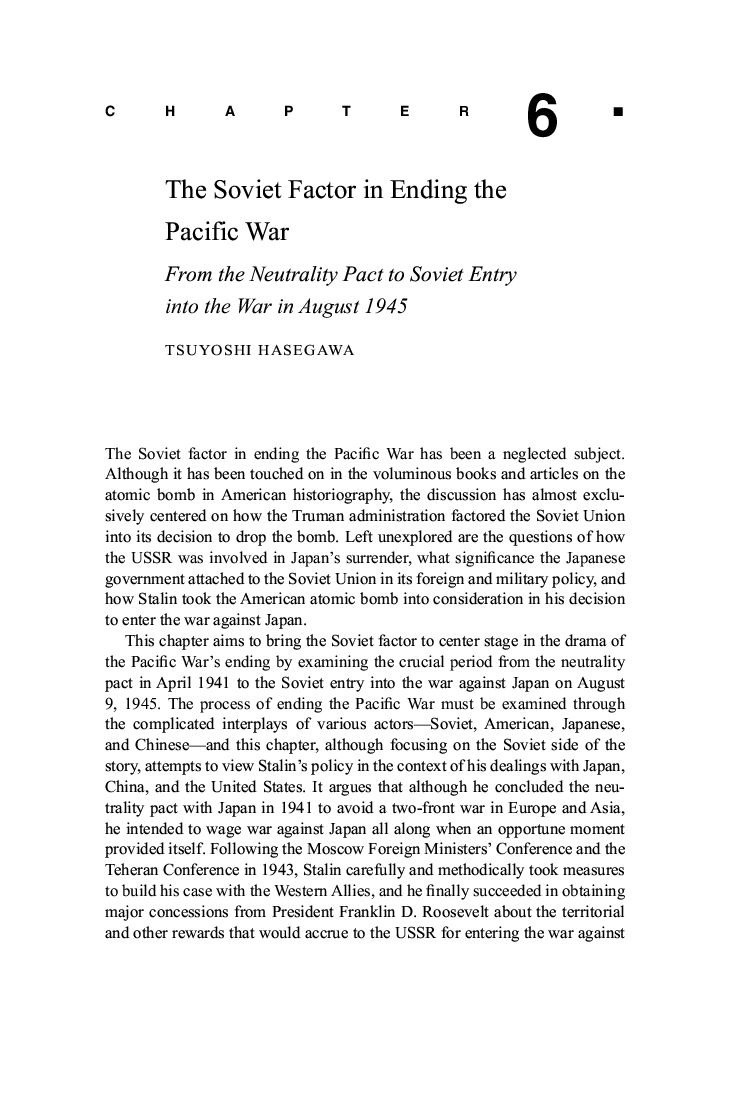 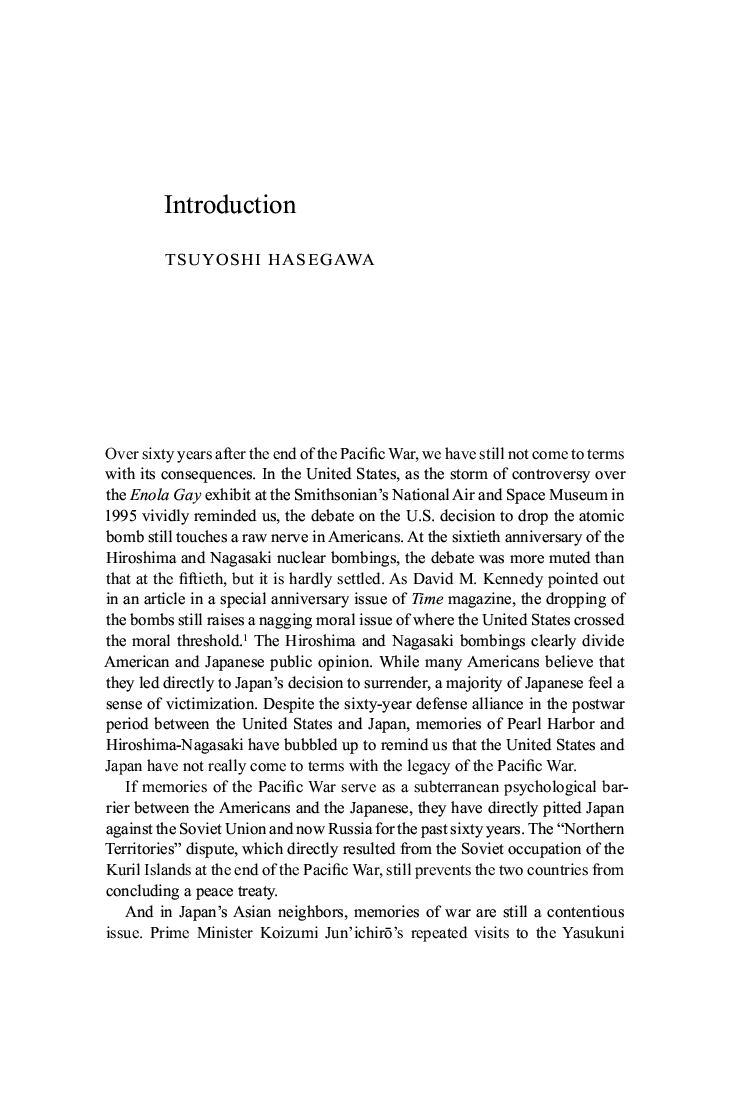 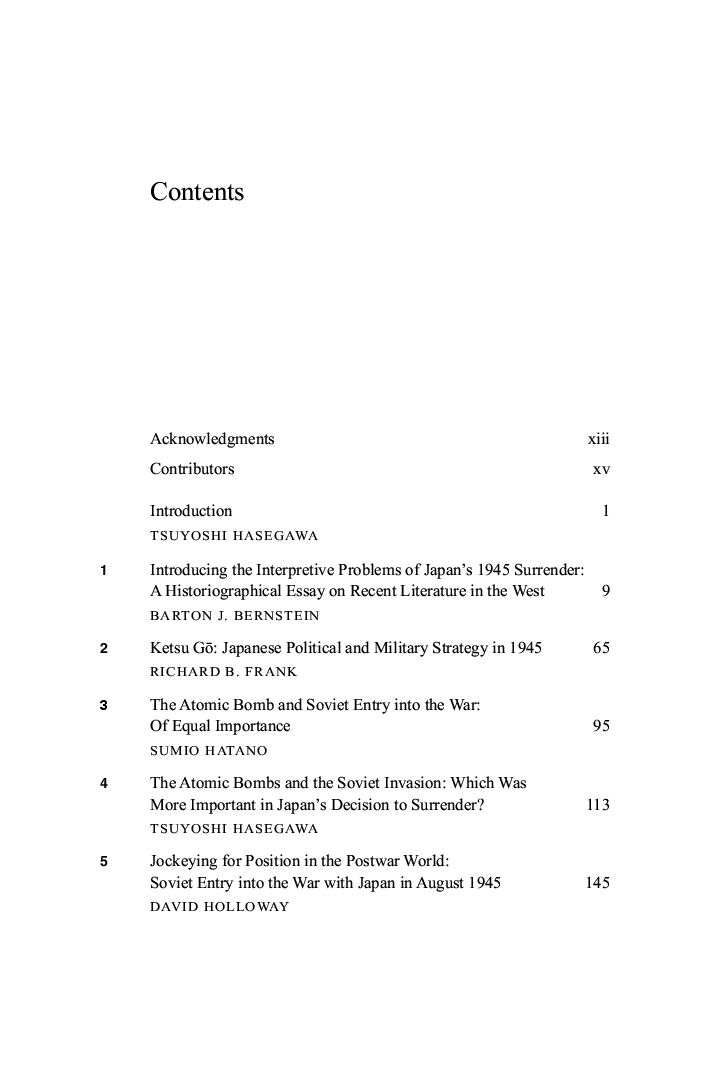