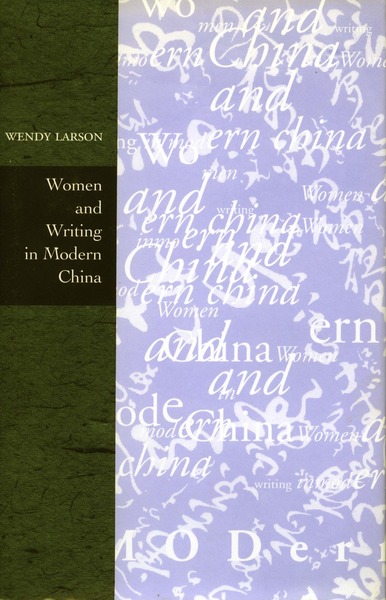 Analyzing the protracted cultural debate in modern China over what and how women should write, this book focuses on two concepts of great importance in Chinese literary modernization—the new, liberated woman and the new, autonomous writing.

Throughout the Ming and Qing dynasties, women's moral virtue, or de, developed as a physical ordeal that meant sacrifices in the areas of freedom of movement (seclusion in either the father's or husband's house) and the body (chastity, fidelity, widow suicide). While physical concepts of virtue existed for men, they were not canonized nearly as extensively as they were for women and did not constitute a marker of masculinity. Posed against de was cai, or literary talent, a male-gendered practice that contained a variable content of profound lyricism, deep intellectuality, and analytical skill.

The debate that began at the beginning of the twentieth century over the roles of women and literature was grounded in these traditional views. The author argues that in many modernizing countries traditional constrictions of women became a focus of struggle, and improvements in the treatment of women were considered a sign of national health. In China, however, the traditional emphasis on female virtue and male talent led to protests by women writers against the virtuous woman. Their writings emphasized not the modernizing virtues of equality in love and marriage, nor the mother as educator of a generation of nation-builders, but unconventional relationships and the refusal to marry.

Moreover, although national strength demanded a strong female body to represent it, much fiction by women presented the female body as an obstacle to fulfillment or as a form weakened by sickness or death. Rather than emerging as a personal indicator of national health, as the modernizing discourse demanded, the female body in Chinese women's fiction reflected the old, anti-modern meaning of moral virtue through physical ordeal, which must be effaced.