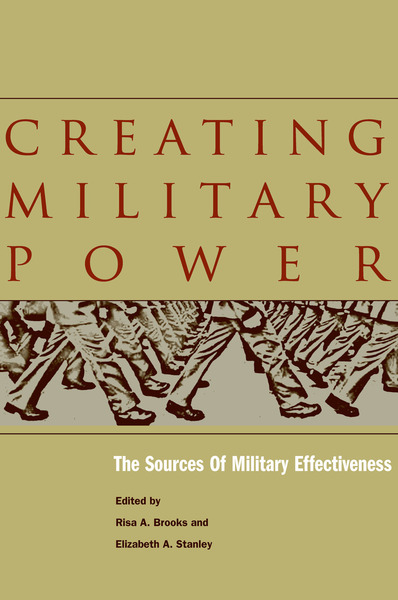 Creating Military Power
The Sources of Military Effectiveness
Edited by Risa A. Brooks and Elizabeth A. Stanley

Creating Military Power examines how societies, cultures, political structures, and the global environment affect countries' military organizations. Unlike most analyses of countries' military power, which focus on material and basic resources—such as the size of populations, technological and industrial base, and GNP—this volume takes a more expansive view. The study's overarching argument is that states' global environments and the particularities of their cultures, social structures, and political institutions often affect how they organize and prepare for war, and ultimately impact their effectiveness in battle. The creation of military power is only partially dependent on states' basic material and human assets. Wealth, technology, and human capital certainly matter for a country's ability to create military power, but equally important are the ways a state uses those resources, and this often depends on the political and social environment in which military activity takes place.

"This book's sensible premise is that a state's military power—often measured by gross national product, industrial capacity, population size, number of troops, and arsenal—does not necessarily determine military effectiveness... [Creating Military Power] is an excellent set of essays that specialists on military-security issues will read with much profit."

"Rigorous social science too often treats military power as the epiphenomenon of economic or technological resources. This impressive volume helps rectify that common mistake. It explores and details how what really matters—the actual effectiveness of militaries—depends on complex social, political, diplomatic, and organizational underpinnings."

"Creating Military Power is creative and rigorous, attentive to historical detail, and concerned with policy implications. It will undoubtedly be read with great enthusiasm by specialists on international security in both the academy and think tanks."

"Comprising a conceptual framework, seven substantive chapters, a critical individual synthesis reflecting on the book itself and a summary conclusion, this edited book provides a set of constructive conceptual and empirical contributions to international relations, political science, and military studies." 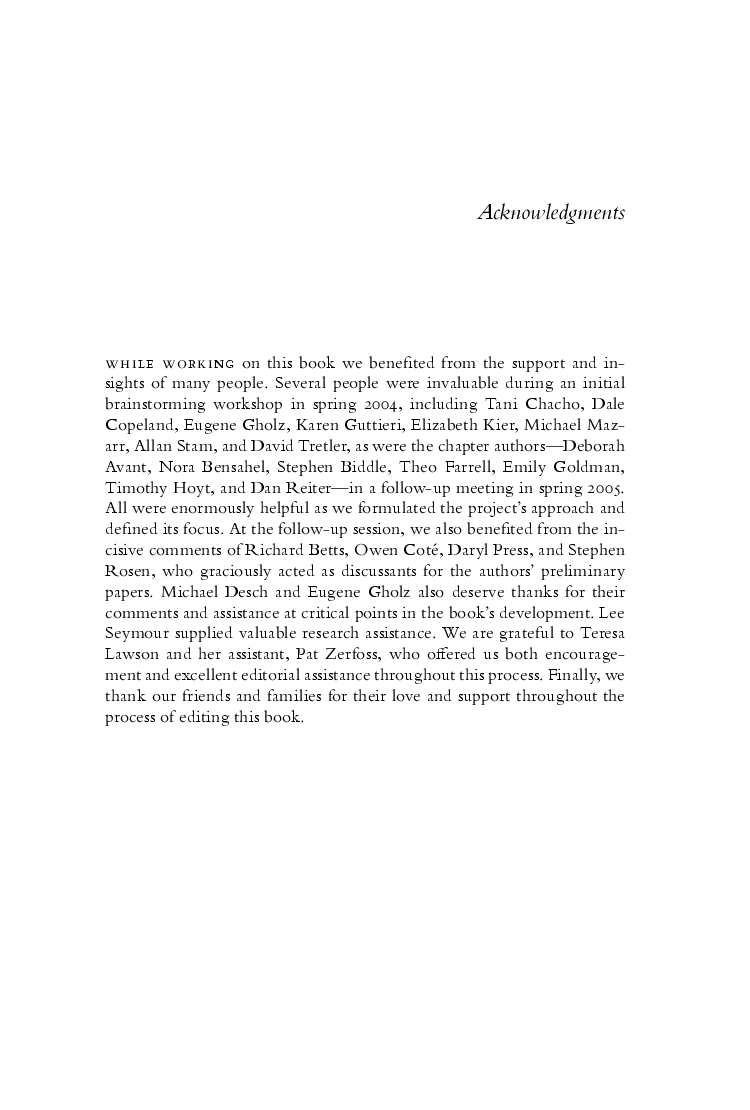 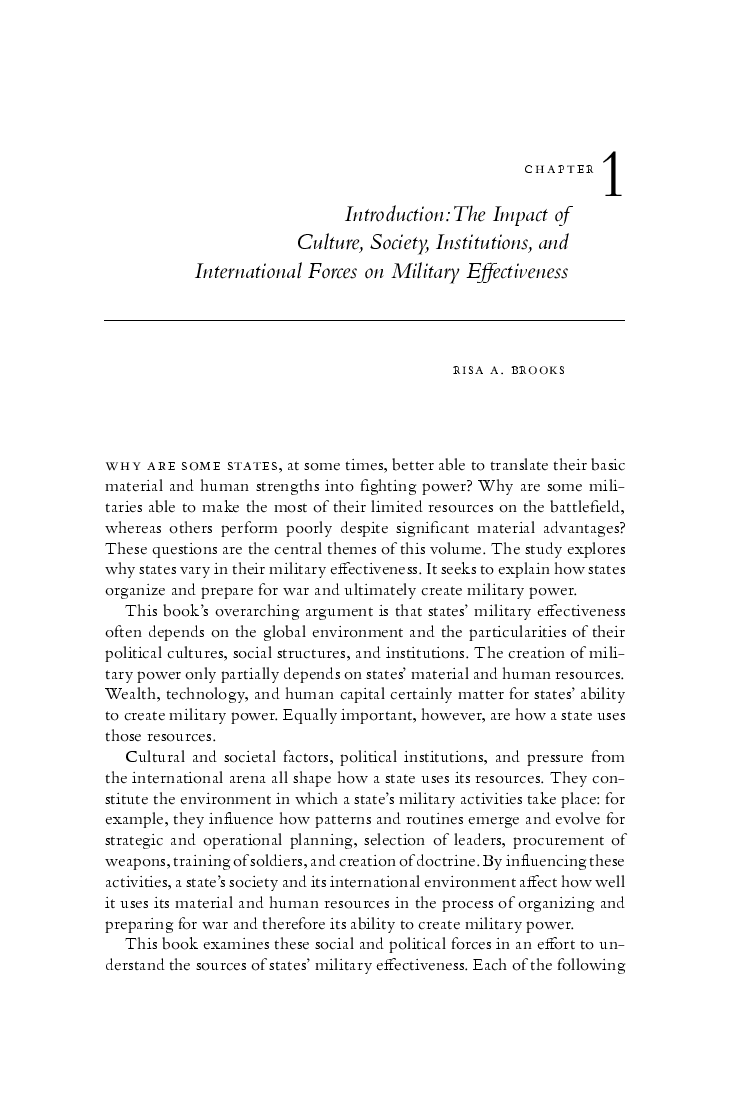 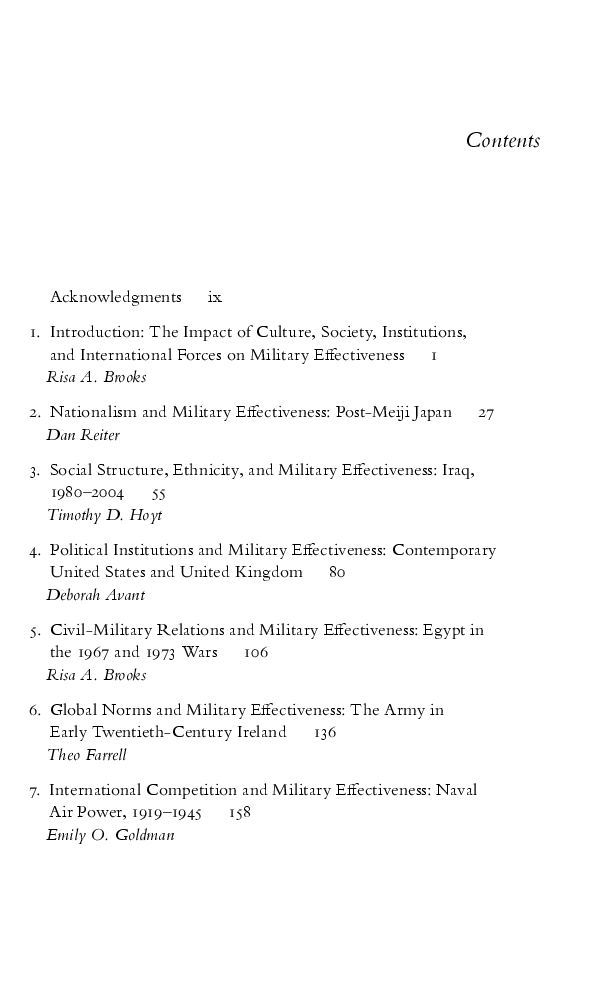