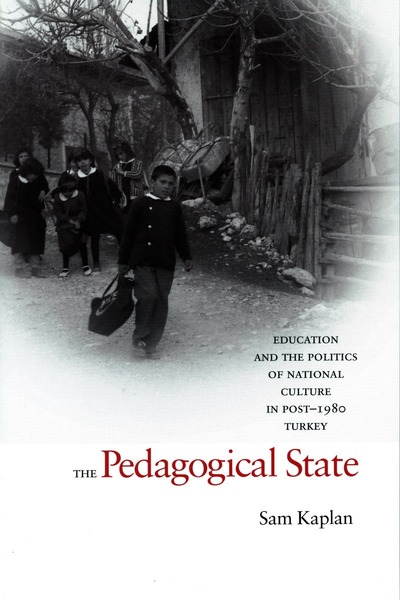 This book examines how interest groups in Turkey, including religious nationalists, neoliberal industrialists, and the military, promote and develop their particular worldviews through education and in school curricula. The aim is to explain how these competing groups define schoolchildren's educational experiences and how mass schooling creates the contexts in which children make sense of knowledge, power, and social change.

The Pedagogical State offers an ethnographic case study that draws out the cultural and political processes by which education is reconfigured around the interests and understandings of different sectors in contemporary Turkish society. Using a wide array of sources, the author shows how a school system articulates a moral order at the intersection of gender, ethnicity, and class. Exploring how this articulation plays itself out in a Turkish village provides a nuanced approach to the interplay of religious heritage, secularity, economic globalization, militarism, and identity politics in society at large.

Sam Kaplan is Lecturer in Middle East Studies at Ben-Gurion University of the Negev, Israel.

"This book is a must-read for anybody who tries to make head or tail of why Turkey as a Muslim country is almost unique in having consolidated its democracy and, more generally, why its experience with Islam has strengthened the hands of those who have challenged the clash of civilizations theory."

"The Pedagogical State is an outstanding work of social science. It can be read with great benefit by students in comparative politics, political sociology, and politics and religion, and will also be of interest to senior comparativists."

"Topically, conceptually, and in terms of scholarly impact, Kaplan's book is a welcomed contribution to the anthropological study of education. Its major strengths are in framing education broadly in relation to communities, markets, families, and media, and in painting a theoretically informed and hence generalizeable picture of how education serves as site for imagining, casting, and ultimately reconfiguring ideas about politics and citizenship."

"This book will inform both scholarship and public policy debates about the role—or lack thereof—of schooling in generating contemporary political conflicts. Kaplan's thorough and skillful research demonstrates the pointlessness of secular/religious dichotomies, particularly in cases where such dichotomies have traditionally been a primary reference point."

"Sam Kaplan's account of the pedagogical project of the modern Turkish state is a wonderfully revealing example of the competition among different interest groups over the education of children. This is a thought-provoking book in the best sense."

"Part history, part political analysis, and part ethnography, Kaplan's book is a major contribution to understanding education in Turkey and will likely be of interest to those interested in education and the state more generally."

—Comparative Studies of South Asia, Africa, and the Middle East 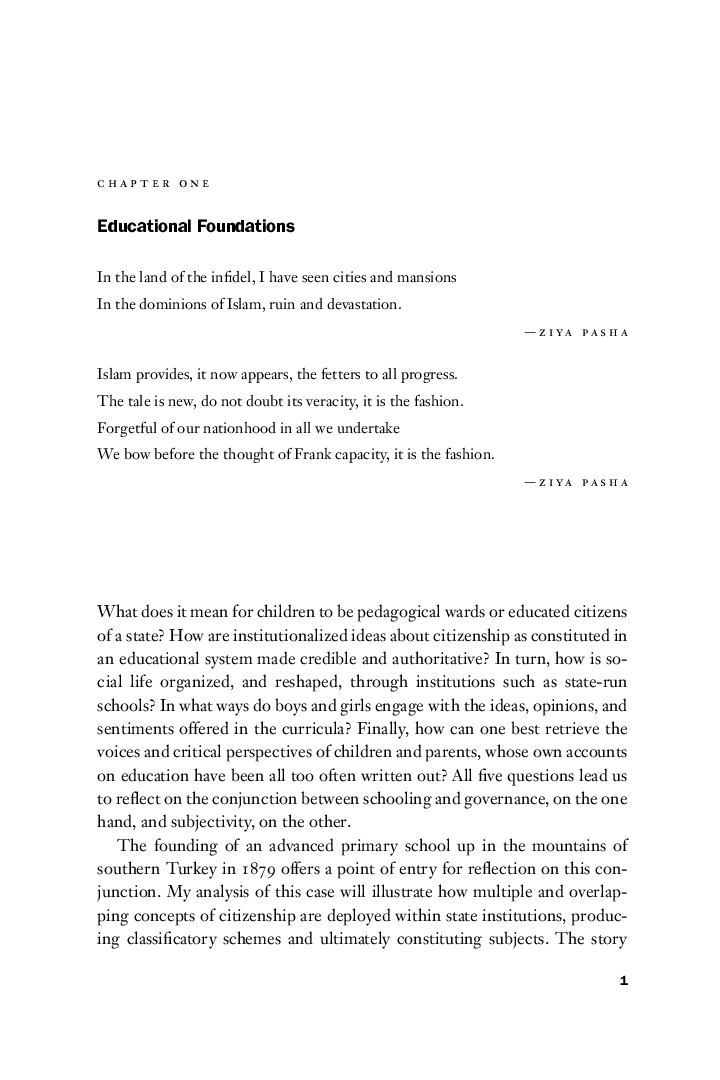 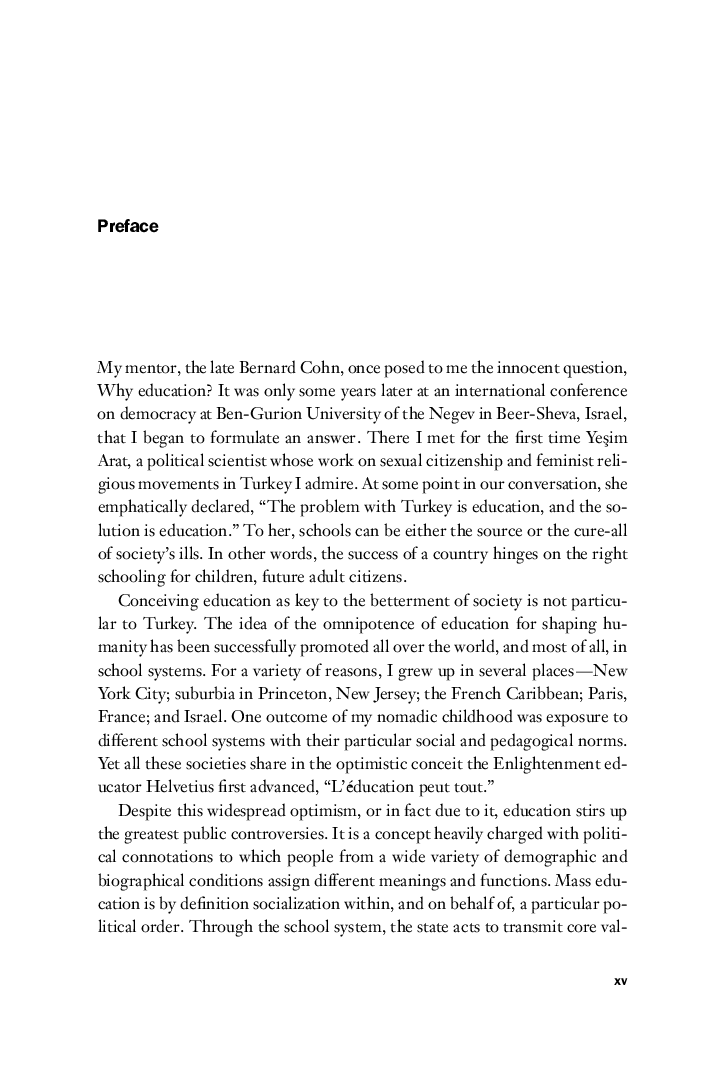 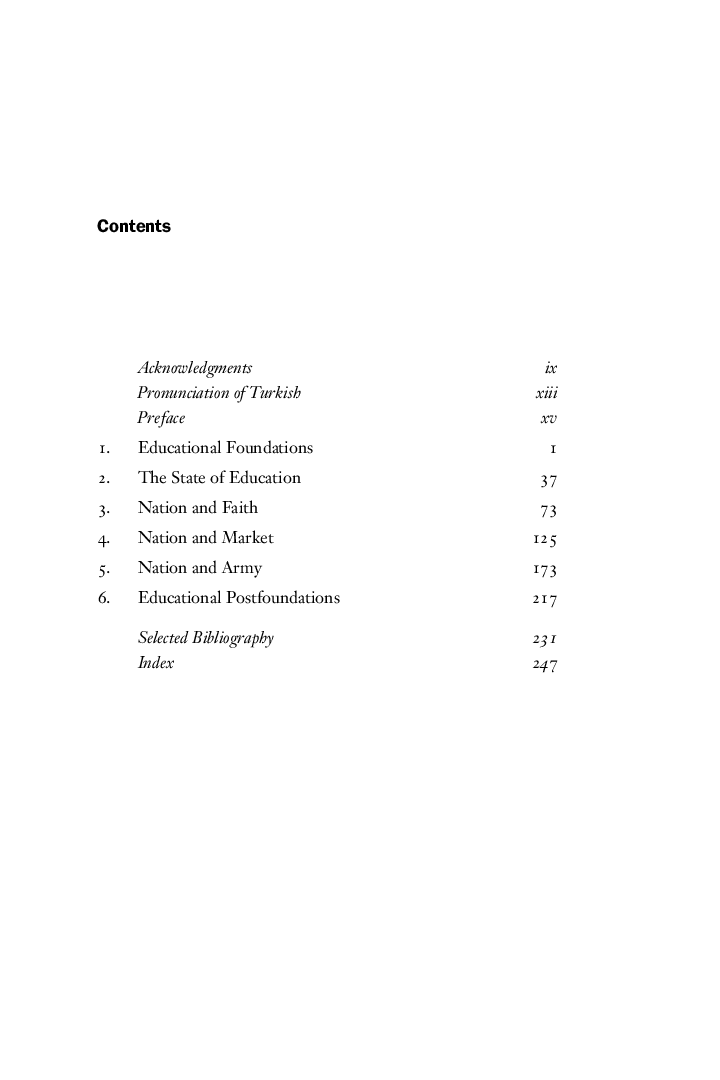